Autonomous vehicles and robots have to know how to get from A to B without hitting obstacles or pedestrians — but how can they do so politely and without disturbing nearby humans? That’s what Stanford’s Jackrabbot project aims to learn, and now a redesigned robot will be cruising campus learning the subtleties of humans negotiating one another’s personal space.

“There are many behaviors that we humans subconsciously follow – when I’m walking through crowds, I maintain personal distance or, if I’m talking with you, someone wouldn’t go between us and interrupt,” said grad student Ashwini Pokle in a Stanford News release. “We’re working on these deep learning algorithms so that the robot can adapt these behaviors and be more polite to people.”

Of course there are practical applications pertaining to last mile problems and robotic delivery as well. What do you do if someone stops in front of you? What if there’s a group running up behind? Experience is the best teacher, as usual.

The first robot was put to work in 2016, and has been hard at work building a model of how humans (well, mostly undergrads) walk around safely, avoiding one another while taking efficient paths, and signal what they’re doing the whole time. But technology has advanced so quickly that a new iteration was called for. 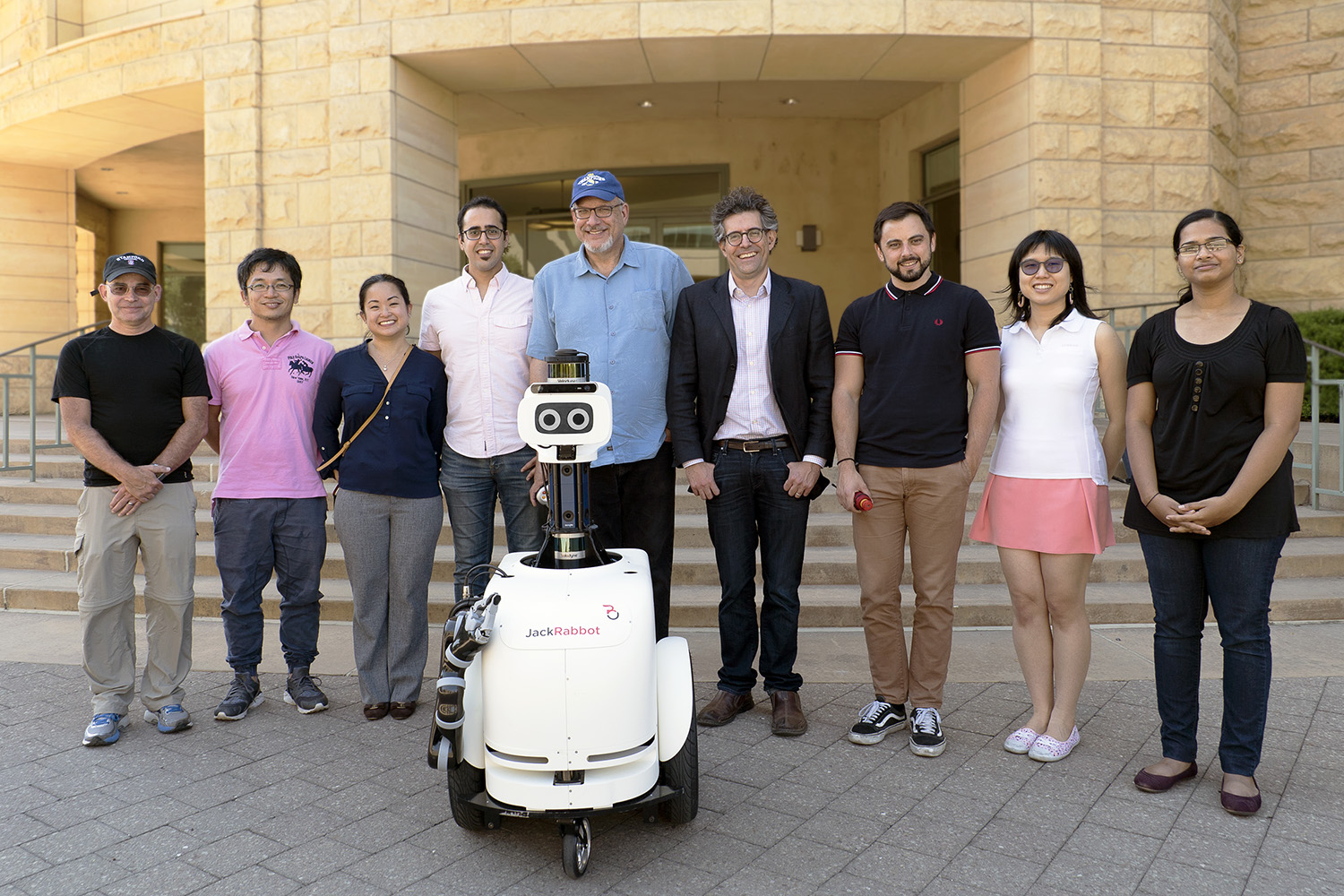 The new robot has a vastly improved sensor suite compared to its predecessor: two Velodyne lidar units giving 360 degree coverage, plus a set of stereo cameras making up its neck that give it another depth-sensing 360 degree view. The cameras and sensors on its head can also be pointed wherever needed, of course, just like ours. All this imagery is collated by a pair of new GPUs in its base/body.

Amir Sadeghian, one of the researchers, said this makes Jackrabbot 2 “one of the most powerful robots of its size that has ever been built.” 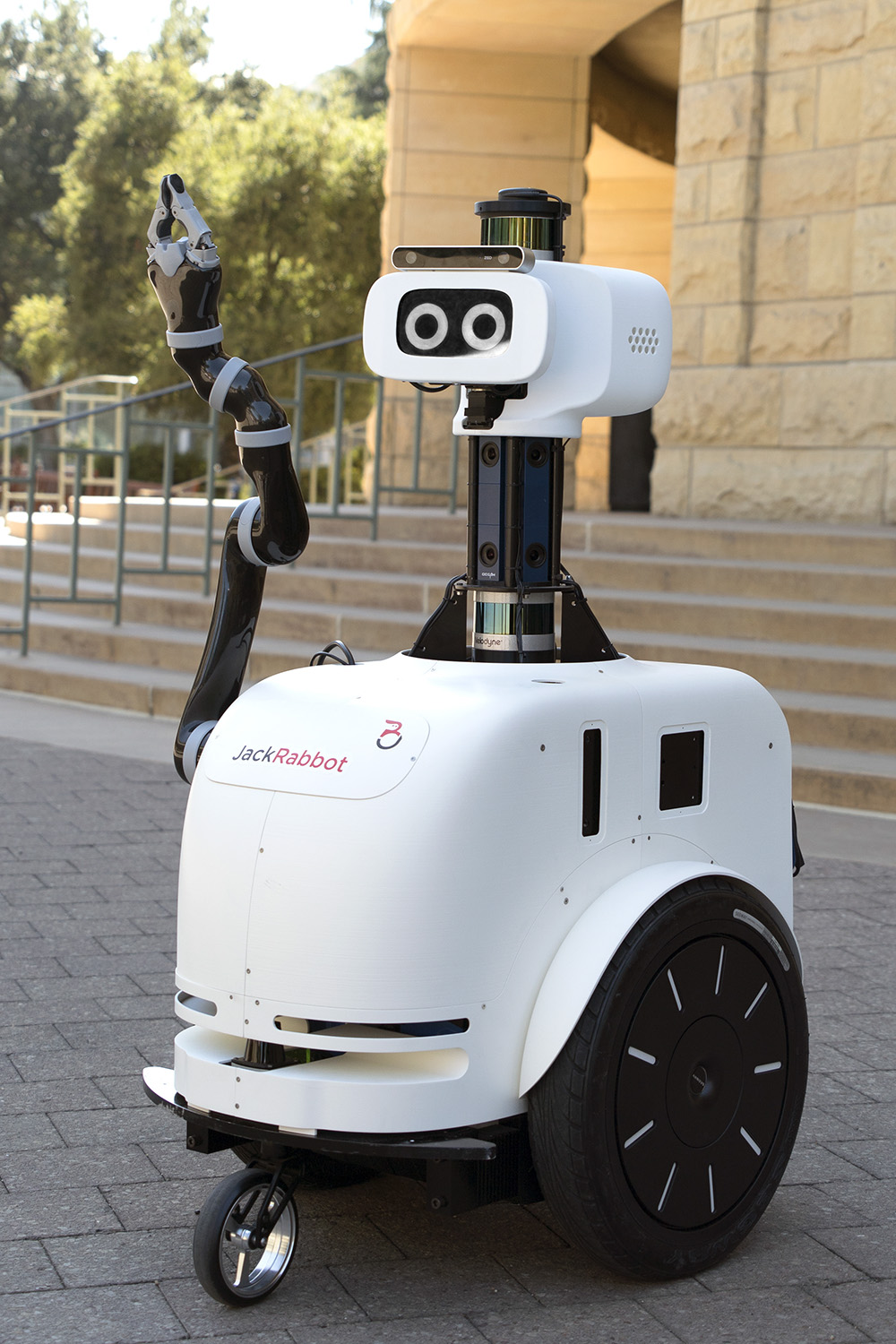 This will allow the robot to sense human motion with a much greater degree of precision than before, and also operate more safely. It will also give the researchers a chance to see how the movement models created by the previous robot integrate with this new imagery.

The other major addition is a totally normal-looking arm that Jackrabbot 2 can use to gesture to others. After all, we do it, right? When it’s unclear who should enter a door first or what side of a path they should take, a wave of the hand is all it takes to clear things up. Usually. Hopefully this kinked little gripper accomplishes the same thing.

Jackrabbot 2 can zoom around for several hours at a time, Sadeghian said. “At this stage of the project for safety we have a human with a safety switch accompanying the robot, but the robot is able to navigate in a fully autonomous way.”

Having working knowledge of how people use the space around them and how to predict their movements will be useful to startups like Kiwi, Starship, and Marble. The first time a delivery robot smacks into someone’s legs is the last time they consider ordering something via one.