Rent the Runway, the fashion startup that began as a rental service for special occasions and has since evolved into a service for people also looking to spice up their everyday wear, just opened up its fifth physical, standalone location. The new location, in downtown San Francisco, enables Rent the Runway members to try on clothes, rent and return them.

Rent the Runway’s launch of a standalone brick-and-mortar location in San Francisco comes after it first opened up a location inside Neiman Marcus. With a standalone location, the company is able to offer longer hours for its members. Instead of opening at 10 a.m. and closing at 7 p.m., Rent the Runway can now stay open from 9 a.m. – 8 p.m. Monday through Friday. It also, of course, has weekend hours.

Thanks to some technology Rent the Runway developed within the last year, it has essentially “legalized shoplifting” for its members, Rent the Runway COO Maureen Sullivan told me yesterday ahead of the store’s launch. Toward the front of the store, there’s a self-return process that enables anyone to quickly return their items. A little farther back in the store, there’s a handful of self-checkout kiosks that let members quickly scan their items and leave. 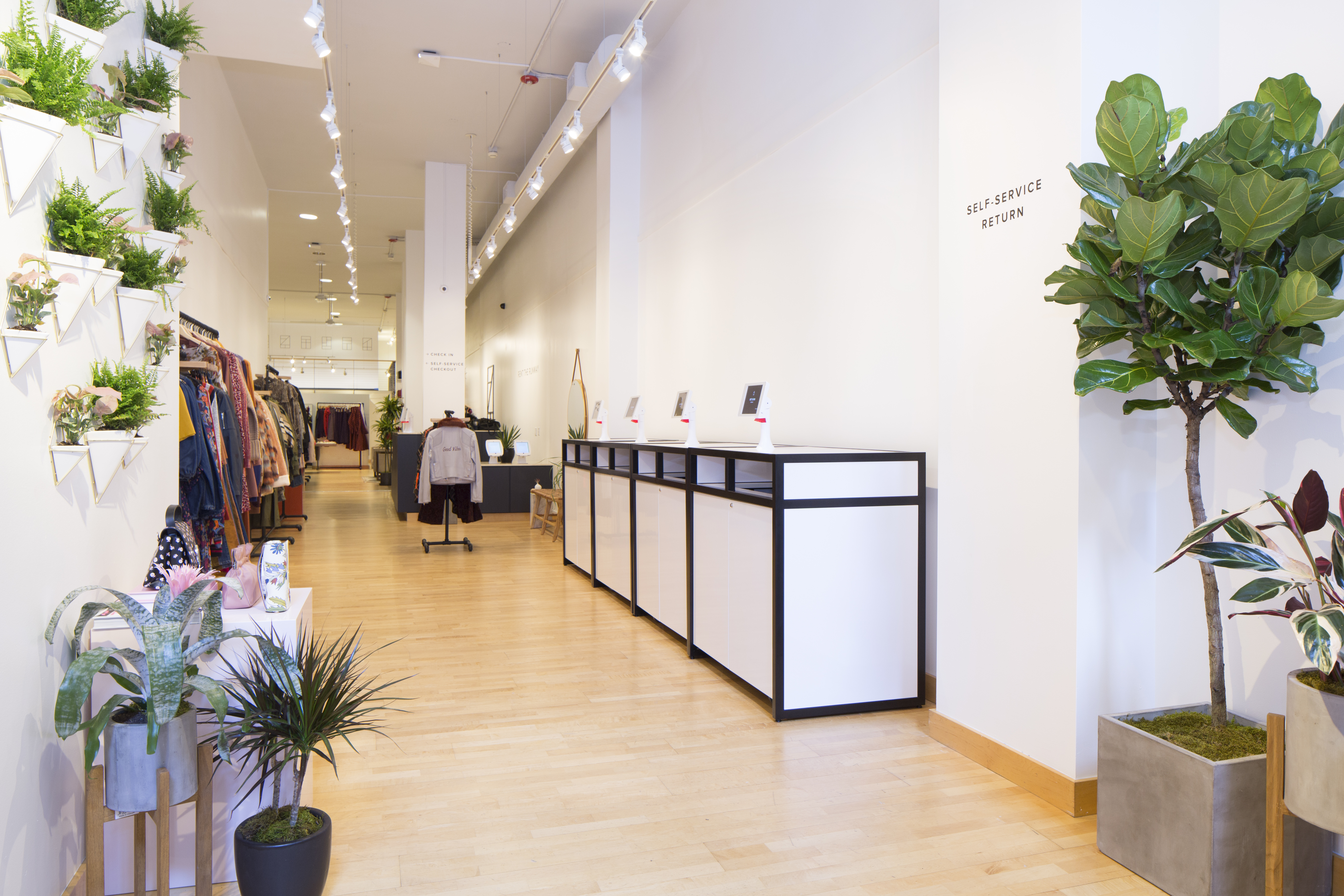 Since its launch about nine years ago, Rent the Runway has launched two additional product offerings. In addition to its standard Reserve product, a one-time rental, Rent the Runway now offers two subscription products. The first is called Unlimited, which lets members rent four items at a time on a constant rotation (meaning you can swap them out as much as you want) for $159 a month.

The second is called Update, which lets you rent just four items for the whole month for $89 per month. In the event someone really likes what they’ve rented, they always have the option to purchase the item at anywhere from 10 percent to 75 percent off. Today, the subscription products make up 50 percent of Rent the Runway’s revenue, with San Francisco as the third largest subscription market. 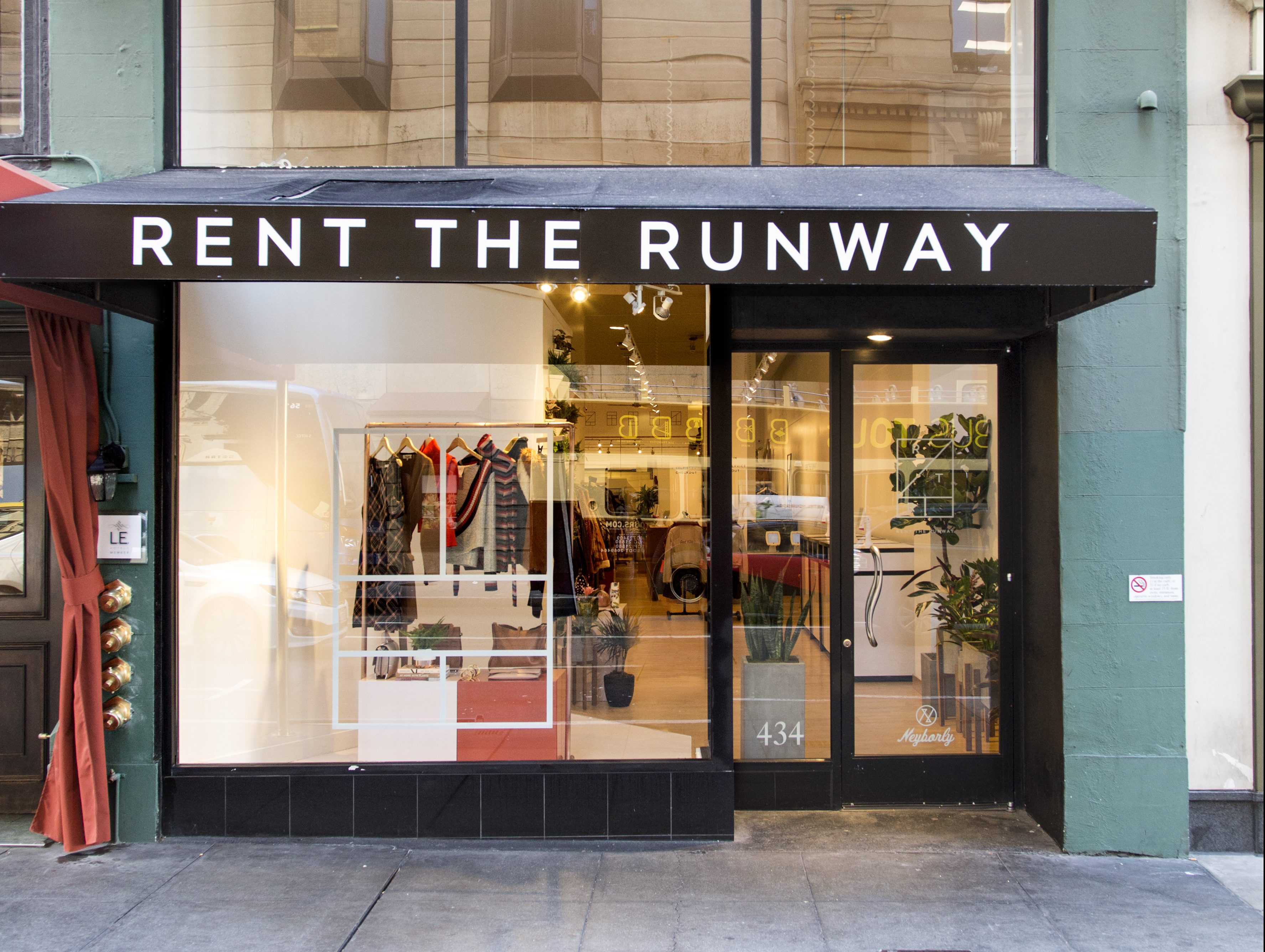 In the nine years or so Rent the Runway has been around, a number of other services have cropped up around fashion. Stitch Fix, which went public last November, and Trunk Club by Nordstrom are two of the big ones. But what differentiates Rent the Runway from the likes of Stitch Fix is that, “they’re trying to get you to buy stuff,” Sullivan said. “You’re still buying things that accumulate in your closet.”

The vision with Rent the runway is to get to the point where 50 percent of your closet is rented, and therefore less cluttered. Rent the Runway, for example, has some customers who wear rented clothes 120 days out of the year.

Rent the Runway currently partners with over 500 brands, and operates as a new type of distribution channel for them. What Rent the Runway offers for brands is marketing and discovery, and customer data.

Down the road, Rent the Runway does envision getting into men’s clothing Sullivan said, but right now, there’s “unprecedented growth” in women’s clothing, so that’s where the focus will be for now.