With today’s release of iOS 12, Apple is also rolling out a new feature called Siri Shortcuts, which allows users to create their own voice commands to take actions in apps. For example, you could create a shortcuts for ordering your morning coffee, playing your favorite music, getting your daily schedule, and much more. In preparation for the iOS 12 launch, a number of app developers have already added support for Siri Shortcuts – sometimes even through a dedicated button in their app – in order to help nudge users towards adoption.

You can configure Siri Shortcuts in iOS Settings or create more complex voice commands using Apple’s new Shortcuts app, also out today. But these are things that will appeal more to power users – at least for the time being.

Mainstream users, meanwhile, will likely come across Siri Shortcuts for the first time when using their favorite iOS apps.

With iOS 12, app developers can integrate an “Add to Siri” button right in their app’s interface for common tasks that their app can perform – like playing a favorite playlist, for instance.

When a user taps this button, they’ll be directed to a screen where they can record their own custom voice command to launch whatever task or action the developer is suggesting.

In time, a number of apps will roll out this functionality.

But if you’re keen to play with it today, on day one, here are some of the early adopters of this feature.

A new playlist isn’t the only update Pandora is rolling out today – it’s also one of the first apps to launch a Siri Shortcuts button. With the app’s iOS 12-optimized update, users can head to the Settings in the Pandora app and tap “Add to Siri.” They can then choose a specific station, album, or playlist and record a custom phrase to say the next time they want to hear it. 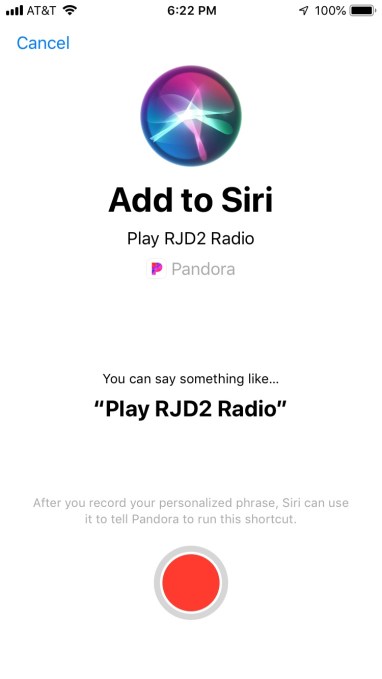 Habit-tracker Streaks is also among the first to include an “Add to Siri” button. When tapped, users can record custom phrases to complete their tasks. That way you can say things in a more natural style – like, “Hey Siri, I drank my water,” or “I ate healthy today.” 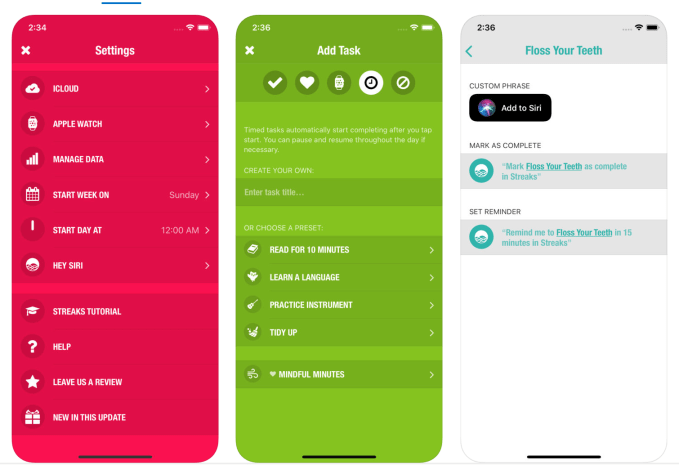 Always an early adopter, the popular calculator app has added a Siri Shortcut button that will let you record voice commands for any common activity in the app, like converting currencies, setting the clipboard, opening conversions, and more.

PCalc 3.8 is available on the store now! Full support for iOS 12 and Siri Shortcuts, plus all the new devices.

Also includes my whimsy for this year, a lovely set of animated iMessage stickers by @dlanham featuring Pascal, the PCalc panda.

The funny and sarcastic weather application CARROT Weather added support for Siri Shortcuts so you can ask for a short-term or long-term forecast for your location or any other location you’ve saved in the app.

If you prefer a more traditional weather app, The Weather Channel is also out with Siri Shortcuts support today, too, so you can check your forecast with a voice command.

To do list app Things represents a good use case for Siri Shortcuts, as you can create voice commands for common actions you take in the app, then have them also appear on your Lock screen. For instance, you could ask Siri to “Show Today” or “Add To-Do.” You can even record shortcuts for things you add to your to-do list app a lot, like lists of movies you want to see or errands you need to run.

When you say “Hey Siri, add an errand,” Things will launch a new to-do with everything filled in, including the tags, so all you have to do is enter the title and save.

There are also ready-made to-do’s available for things that are always the same, like a packing list or a favorite recipe. And using the new Shortcuts app, you can combine multiple shortcuts from different apps into one workflow. 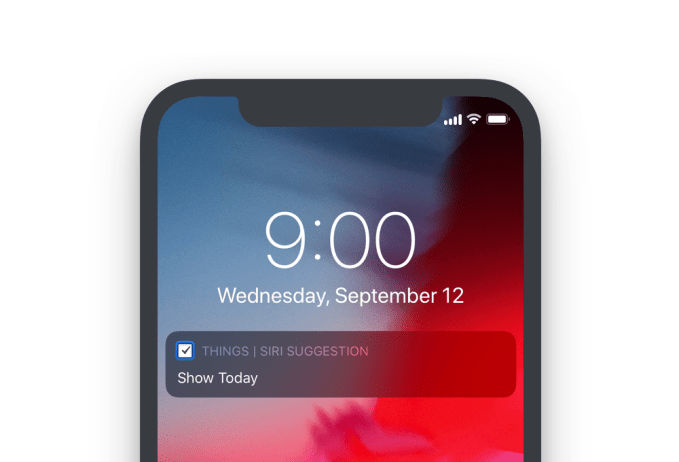 Longtime favorite app Sky Guide, a map to the night sky, now lets you ask questions about the stars using your voice. With Siri Shortcuts, you can say “Hey Siri, what start is that?” (or something else you choose) after pointing your phone at a bright star, planet, or satellite.

Siri Shortcuts is already better than I was expecting. #siri #iOS12 ⁦@viticci⁩ SkyGuide has a clever implementation. pic.twitter.com/lbsS3SaYkR

The handy transit navigation app has also just rolled out support for Siri Shortcuts with an option that will let you say things like “Hey Siri, check my commute,” to have Siri read out info on disruptions, departures and your expected ETA. You can also ask it to route your way home, check departures, and more.

An unexpected addition, all things considered – but this top news application is already live with Siri Shortcuts support, allowing readers to use voice command to navigate to their favorite news sources and other frequent destinations.

The top-rated travel planner is ready to support Siri Shortcuts today, allowing you to configure custom voice commands for common travel tasks like getting your flight details or asking about your other travel plans. 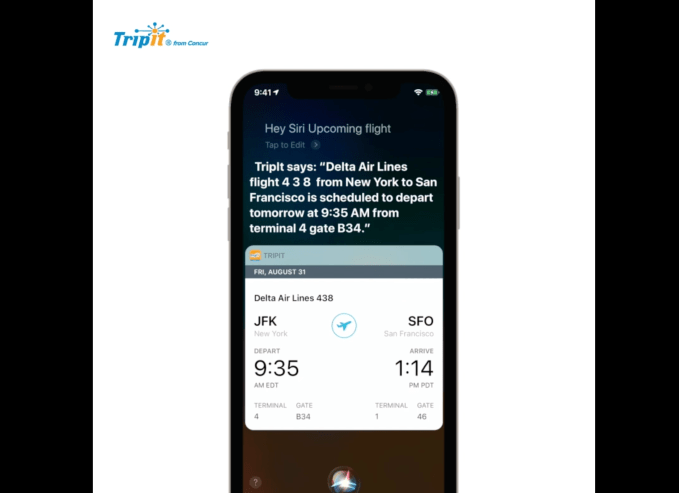 This top organizer app lets you use Siri Shortcuts to create custom phrases to open up specific cards or boards you’ve created, with its iOS 12-ready update.

This job search app will save you from repeatedly typing in the same queries, by allowing you to create a Siri Shortcut for your favorite searches instead.

This focused and elegant note-taking app will now let you create notes with the sound of your voice – just head to Settings, Siri & Search, All Shortcuts to start building your own custom commands.