iOS 12 could be summed up in one feature: speed. The rest is just a footnote, especially when you compare iOS 12 to iOS 11.

You may remember that iOS 11 was filled with many new features, especially on the iPad. But it was also the buggiest release to date. Even the Calculator app wasn’t working properly. And let’s not forget about messages arriving out of order or your keyboard replacing the letter “it” with “I.T”.

Like many of you, I’ve been using a beta version of iOS 12 for the past few weeks. Even though it was just a beta, iOS 12 is by far the fastest version of iOS of all time. And Apple just released iOS 12.0 today. Here’s a quick rundown of what’s new in iOS 12.

If you are reading this article on an iPhone or iPad, chances are you’re using iOS 11. Many devices support iOS 11 — the iPhone 5s, the iPad mini 2, the last iPod touch, and everything that Apple released since then.

And the good news is that Apple hasn’t dropped support for a single device with iOS 12. While this might seem anecdotal, it reveals Apple’s mindset with iOS 12.

In the past, Apple usually added new intensive tasks for your CPU, GPU and RAM. And at the end of the development process, those features would be vaguely optimized for older devices. That’s why older phones never got some features. Or some features were simply too demanding. In some cases, your battery life took a hit.

This time, when it comes to performance, Apple started from the bottom of the iPhone chain. For instance, if you optimize app launches and typing on the iPhone 6, newer devices will also benefit from those optimizations. Even after updating my iPhone X from iOS 11 to iOS 12, everything feels much smoother. 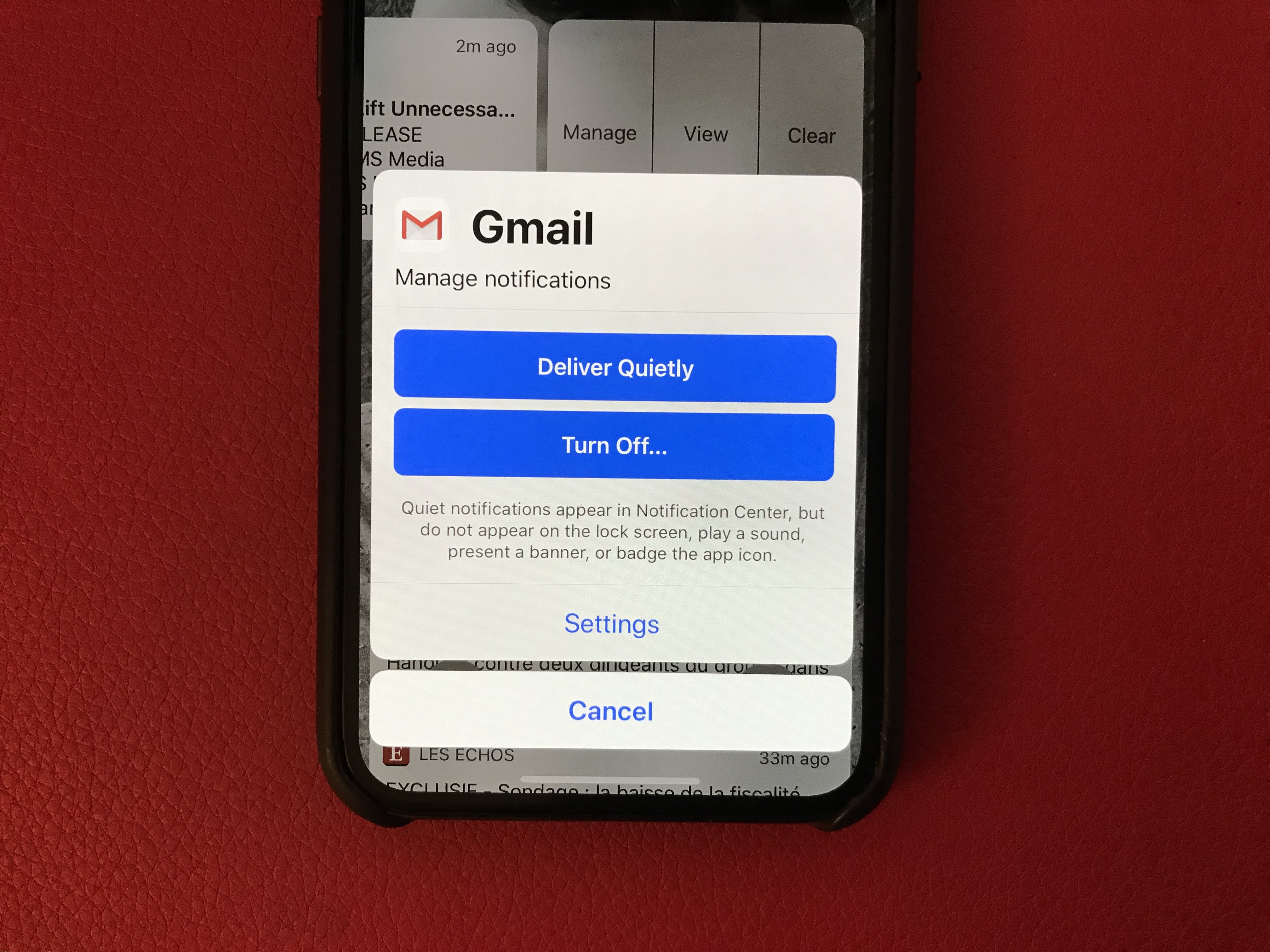 Apple didn’t stop at raw performance. The company worked on some much needed refinements for notifications, Do Not Disturb and the way you use your phone.

Android users will laugh at this feature, but iOS 12 finally groups notifications together. Most of the time, your notifications are grouped by apps. For instance, if you receive multiple New York Times and CNN notifications, you will get two stacks of notifications that you can expand or dismiss altogether.

More interestingly, your notifications are now grouped by threads. For instance, you may have some very active groups in WhatsApp. iOS doesn’t just group all WhatsApp notifications together. You can see all the notifications from a specific group in one stack. This way, you can ignore the noise and concentrate on the rest.

While you could already silence notifications in iOS 11, iOS 12 makes this incredibly easier. You can now swipe on a notification and hit “Deliver Quietly”. This option is the combination of multiple notification settings.

If you select that, notifications won’t make your phone buzz and will skip the lock screen. The only way to view them is by manually pulling up the Notification Center. I already use it for most news apps as I don’t need to see the headlines right away.

And if you keep getting spammed from a free-to-play game and never tap on those notifications, you get a suggestion on your lock screen to silence notifications from this app.

Do Not Disturb is also receiving some minor but important improvements. You can now use 3D Touch to turn on Do Not Disturb for an hour, until this evening (or the next morning), until the end of an event or until you leave a location.

Many people never use Do Not Disturb because they forget to turn it off. And yet, it’s one of the most powerful tools when it comes to using your phone less. 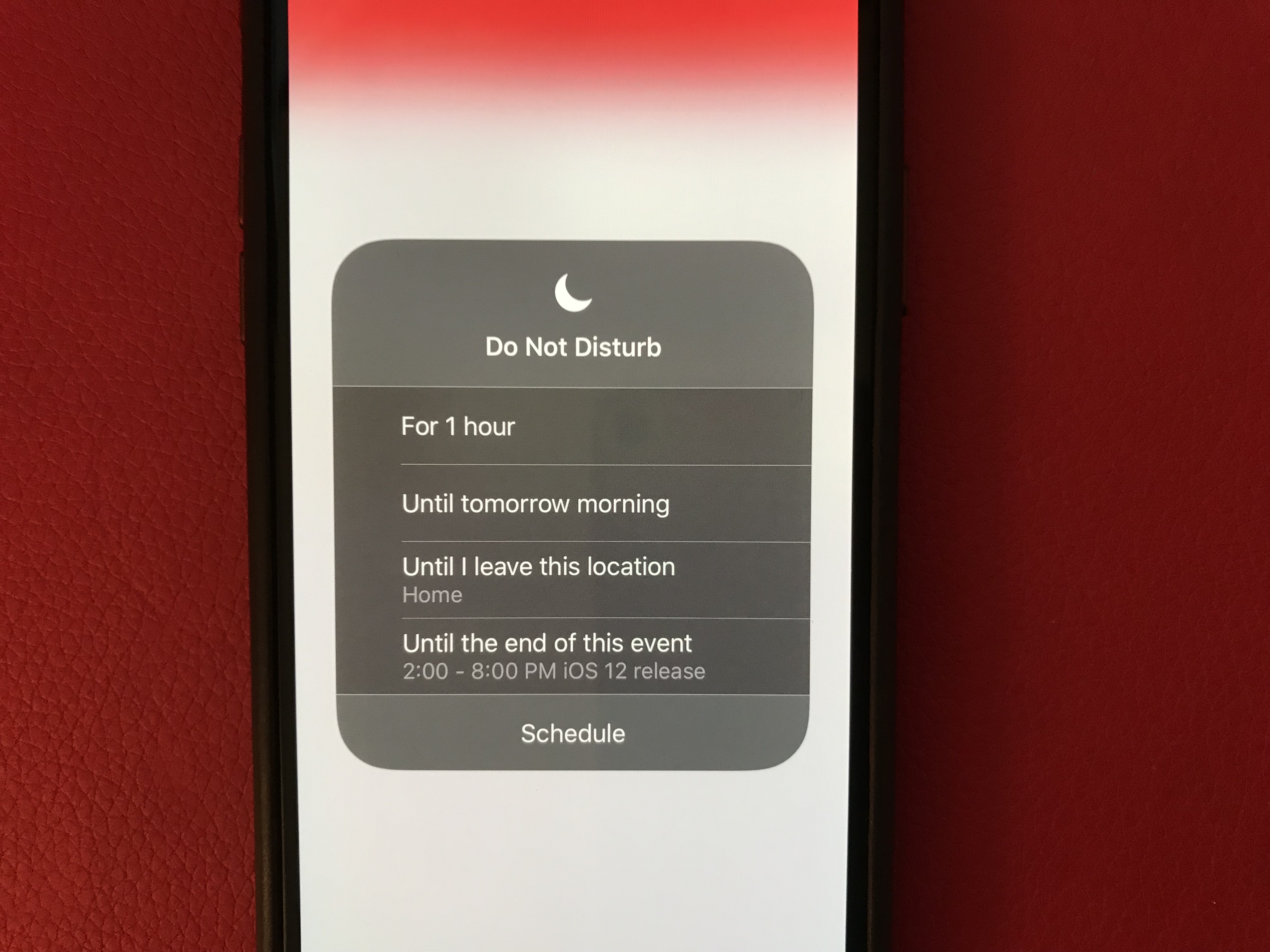 Talking about digital wellbeing, Apple is going all in with a bunch of new features. Screen Time sends you a notification every week to help you understand how you use your phone. You may know that you spend too much time on Instagram, but seeing that you spend an hour or two every day in the app might be an eye-opening moment.

In the Settings, you can now configure Downtime and App Limits so that only the most essential apps remain accessible at night, such as Messages and Phone. You’ll have to bypass the restriction screen to keep using other apps. It’s pretty smart as it works across your devices and also recognizes if you’re trying to access a social network in Safari for instance. 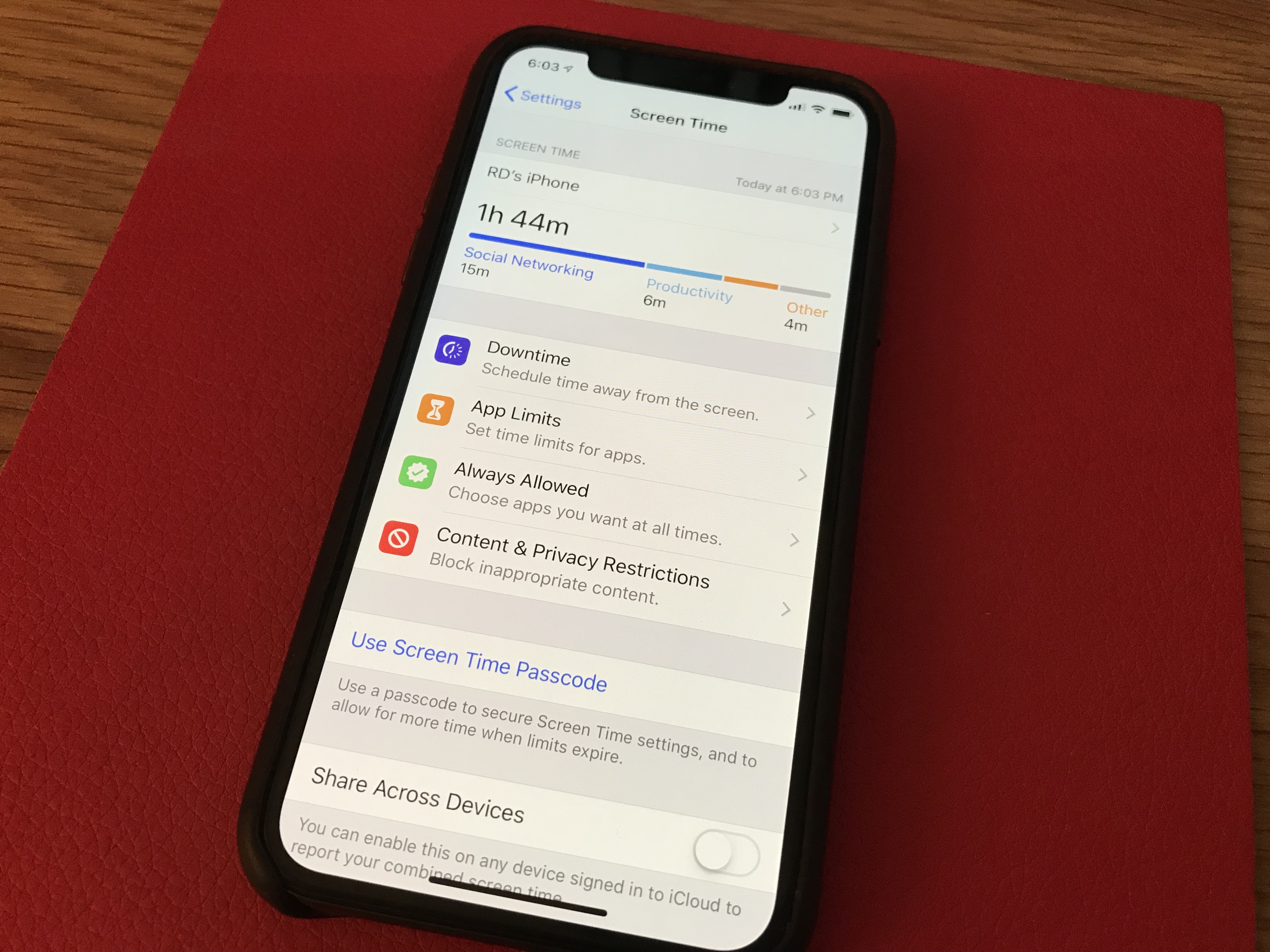 If you have an iPhone X or later, the big new thing is Memoji. In Messages, you can now create your own Bitmoji-style avatar. You can then use your digital face in selfies, use it as a sticker and record audio messages. There are also new Animojis.

The Photos app is getting a new “For You” tab and an improved search experience. There’s not much to say about this except that it works better than before. It’s easier to look for a specific location, events and more. Photos already had some smart albums, but the “For You” tab make them more prominent.

The Stocks app has been redesigned with better looking charts and business news headlines. Apple News has also been slightly redesigned, especially on the iPad. And Voice Memos now works with iCloud. You can record a memo on your iPhone and find it on your iPad or Mac.

Apple Music now supports lyrics and features new artist pages that look more like Spotify. And Apple Books (the new name of iBooks) is getting a visual redesign similar to the App Store redesign from last year. It looks great.

Finally, if your car supports CarPlay, Google Maps and Waze are working on navigation apps for your car. You won’t be limited to Apple Maps anymore.

Apple was supposed to add group conversations in FaceTime, but it isn’t available just yet. Apple says it will be available later this fall. 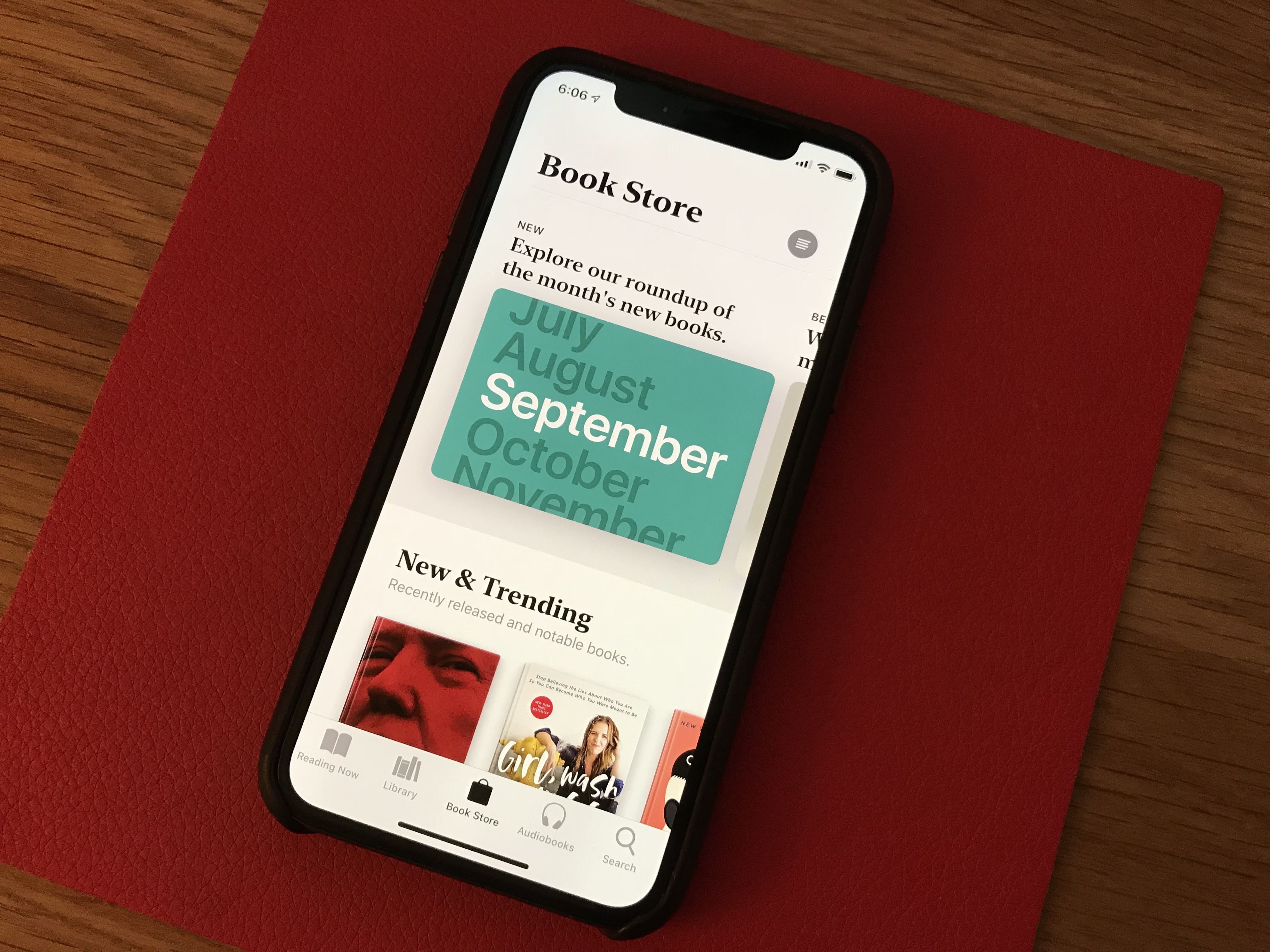 Now that the most straightforward features are out of the way, I’d like to talk about Siri, Shortcuts and Siri Shortcuts. While those three names sound similar, those are three different things in iOS 12.

Siri is the voice assistant of iOS 11 that you know and (rarely) use. It can do some basic things reasonably well, such as weather reports and setting timers. And it has also become quite good at understanding your voice and turning it into a text query.

In many cases, Siri understands what you say but can’t answer your question. That’s why many people now rely on an Amazon Echo or Google Home for voice queries.

Apple found a clever way to solve that by leveraging its developer community and acquisition of Workflow. Developers can now add new features to Siri through their apps. Those extensions to Siri’s brain are called Siri Shortcuts.

For instance, you can configure Carrot Weather and ask for a hyperlocal weather forecast using Siri. You can start a playlist in Overcast and listen to your latest podcasts on your HomePod. You can open a specific note in Ulysses much more quickly. All you have to do is set up customized phrases to run the Siri Shortcuts.

But expert TechCrunch readers like you can also go one step further and create scripts in the Shortcuts app. It looks and works just like the existing Workflow app.

For instance, you can create a “Going to Bed” shortcut that turns on Do Not Disturb, turns down the brightness and ringtone levels, turns off Bluetooth, Wi-Fi and your Philips Hue lights, and sets Low Power Mode on.

Shortcuts also work with many third-party apps. The ability to chain actions together has changed the way I use my iPhone and iPad. This is not new if you were already using Workflow. But many more users will use Shortcuts now that it is deeply integrated in the operating system and with HomeKit. 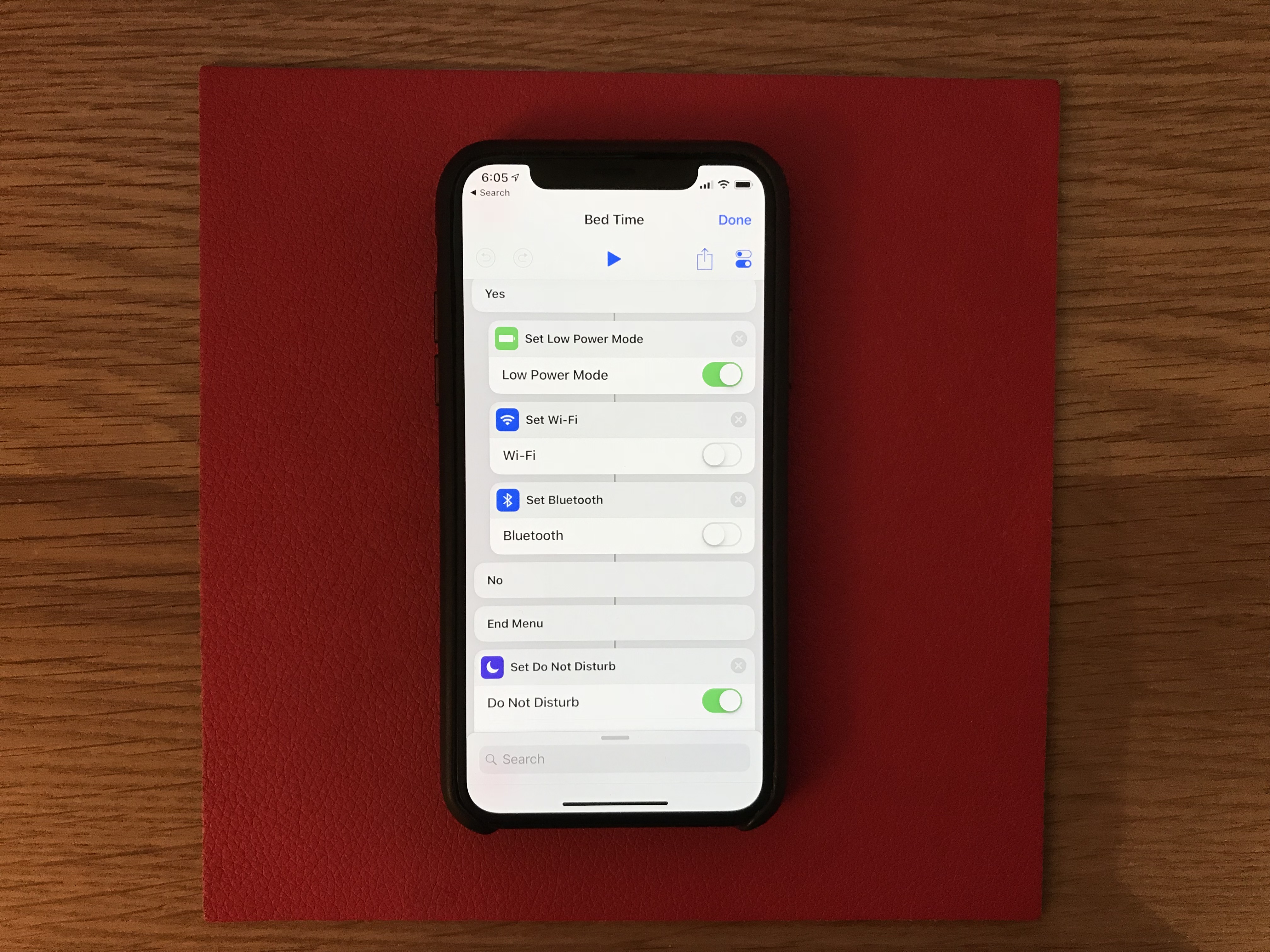 iOS has grown immensely over the years. At first, it was a mobile operating system with no support for third-party apps. I’m sure the first release of iOS (iPhone OS 1.0) was much faster than iOS 12. But systems on a chip are also an order of magnitude faster.

That’s why the combination of hardware improvements with software optimizations make iOS 12 a great release when it comes to user experience. For this reason alone, there’s no reason not to install the update.