It’s been too long without any kind of outlandish news from any of Elon Musk’s companies, but SpaceX has filled the void with the announcement of a newly redesigned BFR spacecraft and the news that it will fly around the moon with a soon-to-be-named first passenger. Whenever they get around to actually engineering and building the thing, anyway.

In a tweet Thursday evening, SpaceX (though it was clearly Musk) announced that it has “signed the world’s first private passenger to fly around the Moon aboard our BFR launch vehicle.”

Attached to the tweet was an image of the BFR itself (above), much changed from its last appearance. It used to look like this: 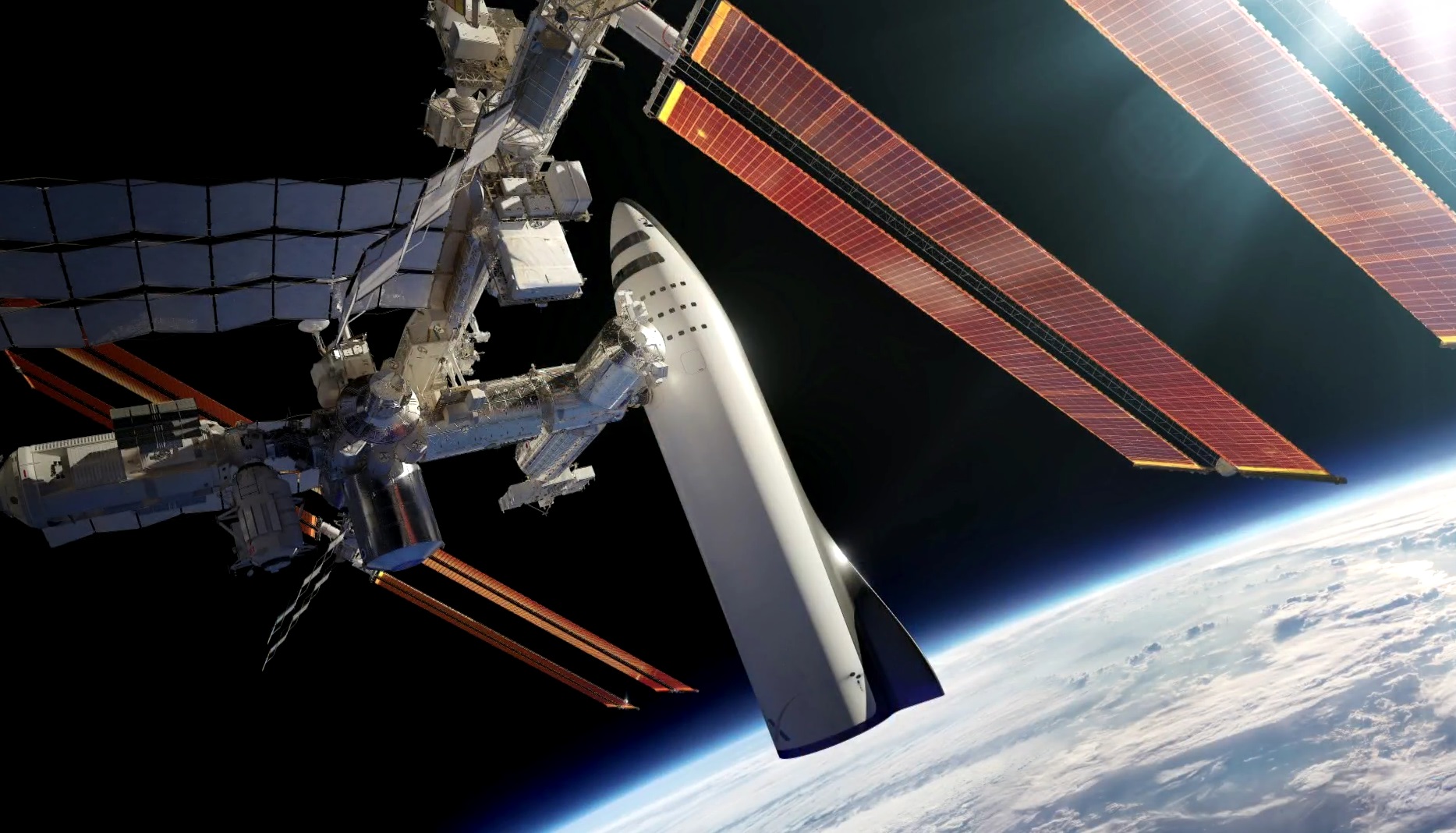 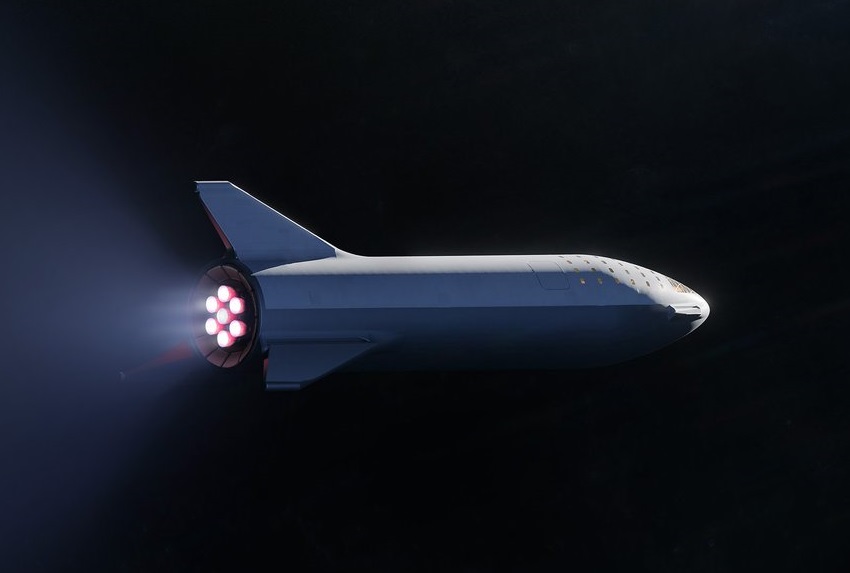 The old version was also two-toned, as you can see if you look closely at the ISS render, with the darker part likely corresponding to a heat-resistant surface. But this new one is more reminiscent of the Space Shuttle thanks to considerably lengthened fins and the addition of a top one. Perhaps the cool, smooth two-fin style simply proved impractical; flight stability in atmosphere probably makes that top fin necessary. There’s also what appears to be a front stabilizer of some kind.

The engine cluster is also different; the original design had 4 Raptor engines in a square, with two smaller “sea-level” engines for landing operations in-between them. This new render has 7 Raptors in a honeycomb formation. We can only speculate why that might be: the engines may have been scaled down a bit for some reason or another, or the 7-thruster formation might be more robust to failures.

Since this is all basically concept work, it’s hard to say how much is real and how much is fantasy. Considering how early the craft is in production, it’s not surprising that major changes like these would be made.

A commentator on Twitter noted that the whole thing is very “Tintin-esque,” no doubt referring to the rocket flown by the beloved Belgian comic book hero in “Destination Moon” and “Explorers on the Moon.” 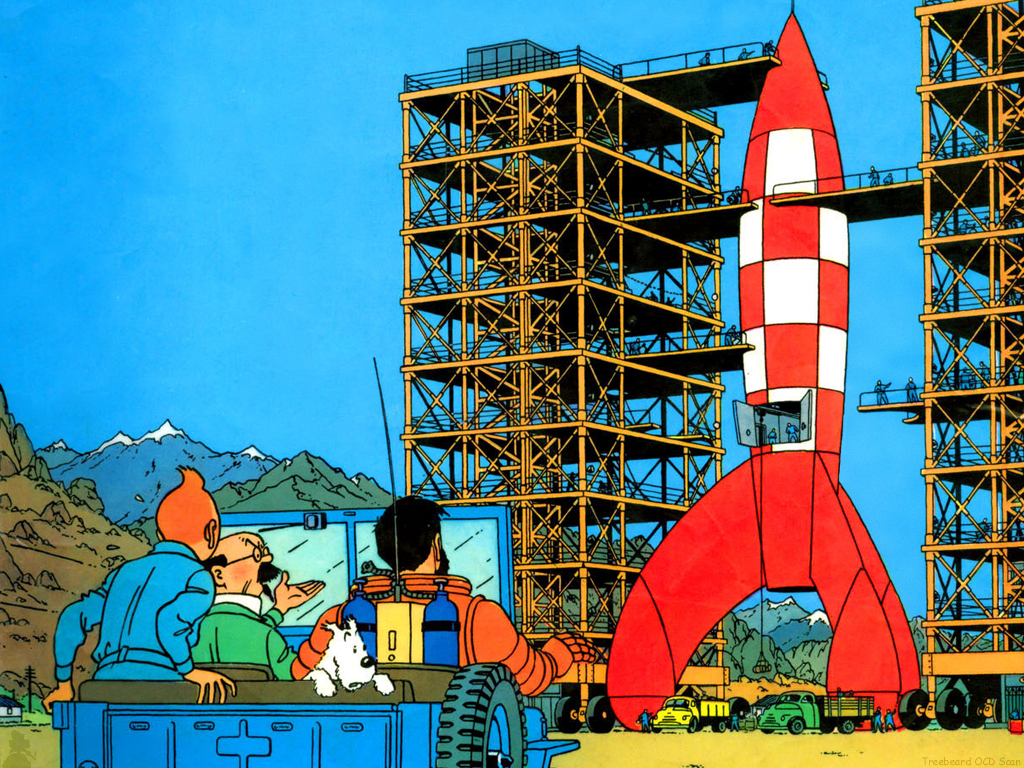 Although Musk responded with “Intentionally so,” the similarities are actually pretty few. Perhaps he meant the whole concept of a private lunar mission. At any rate, Musk is clearly a fan of the comics, and any Tintin reference is a good reference.

There are also 6 rows of windows behind the cockpit, up from 3, suggesting SpaceX has expanded the seating in the planned craft. That fits with the passenger-related nature of the announcement.

As for that: This first circumlunar tourist will be announced at an event on Monday, September 17th. Who will it be? Likely a billionaire. Unfortunately, they’ll have a long time to wait. By the time the BFR is up and running, space tourism (though perhaps not round-the-moon trips) may very well have been going on for years. So if it will be this intrepid, extremely rich person’s first trip to our satellite, I doubt it will be their first trip above the Kármán line.