Elvie, a London-based startup known best for its connected Kegel trainer, is jumping into the breast pump business with a new $480 hands-free system you can slip into your bra.

Even with all the innovation in baby gear, breast pumps have mostly sucked (pun intended) for new moms for the past half a century. My first experience with a pump required me to stay near a wall socket and hunch over for a good 20 to 30 minutes for fear the milk collected might spill all over the place (which it did anyway, frequently). It was awful!

Next I tried the Willow Pump, an egg-shaped, connected pump meant to liberate women everywhere with its small and mobile design. It received glowing reviews, though my experience with it was less than stellar.

The proprietary bags were hard to fit in the device, filled up with air, cost 50 cents each (on top of the $500 pump that insurance did not cover), wasted many a golden drop of precious milk in the transfer and I had to reconfigure placement several times before it would start working. So I’ve been tentatively excited about the announcement of Elvie’s new cordless (and silent??) double breast pump. 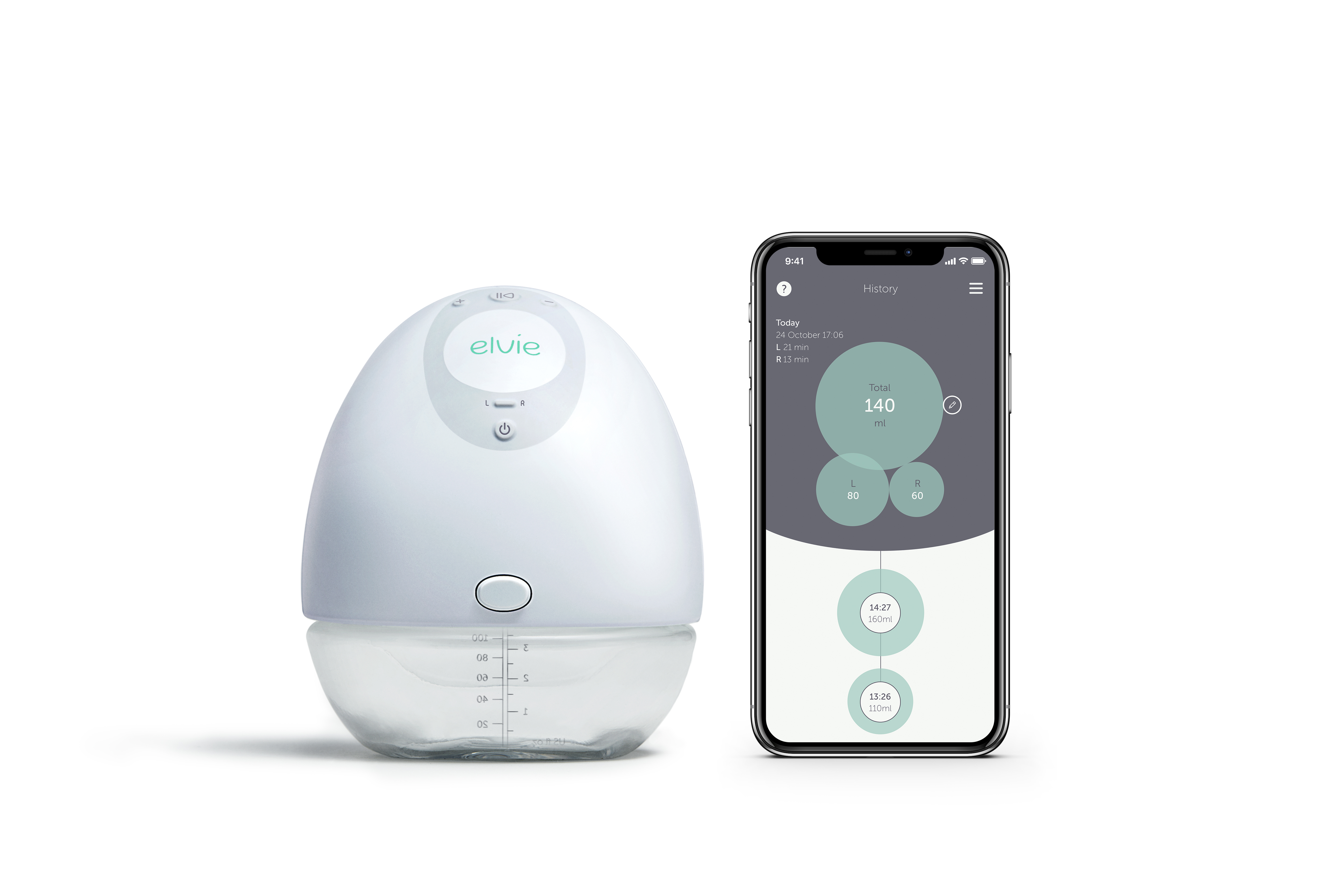 Elvie tells TechCrunch its aim all along has been to make health tech for women and that it has been working on this pump for the past three years.

The Elvie Pump is a cordless, hands-free, closed-system, rechargeable electric pump designed by former Dyson engineers. It can hold up to 5 oz. from each breast in a single use.

It’s most obvious and direct competition is the Willow pump, another “wearable” pump moms can put right in their bra and walk around in, hands-free. However, unlike the Willow, Elvie’s pump does not need proprietary bags. You just pump right into the device and the pump’s smartphone app will tell you when each side is full.

It’s also half the size and weight of a Willow and saves every precious drop it can by pumping right into the attached bottle so you just pump and feed (no more donut-shaped bags you have to cut open and awkwardly pour into a bottle).

On top of that, Elvie claims this pump is silent. No more loud suction noise off and on while trying to pump in a quiet room in the office or elsewhere. It’s small, easy to carry around and you can wear it under your clothes without it making a peep! While the Willow pump claims to be quiet — and it is, compared to other systems — you can still very much hear it while you are pumping. 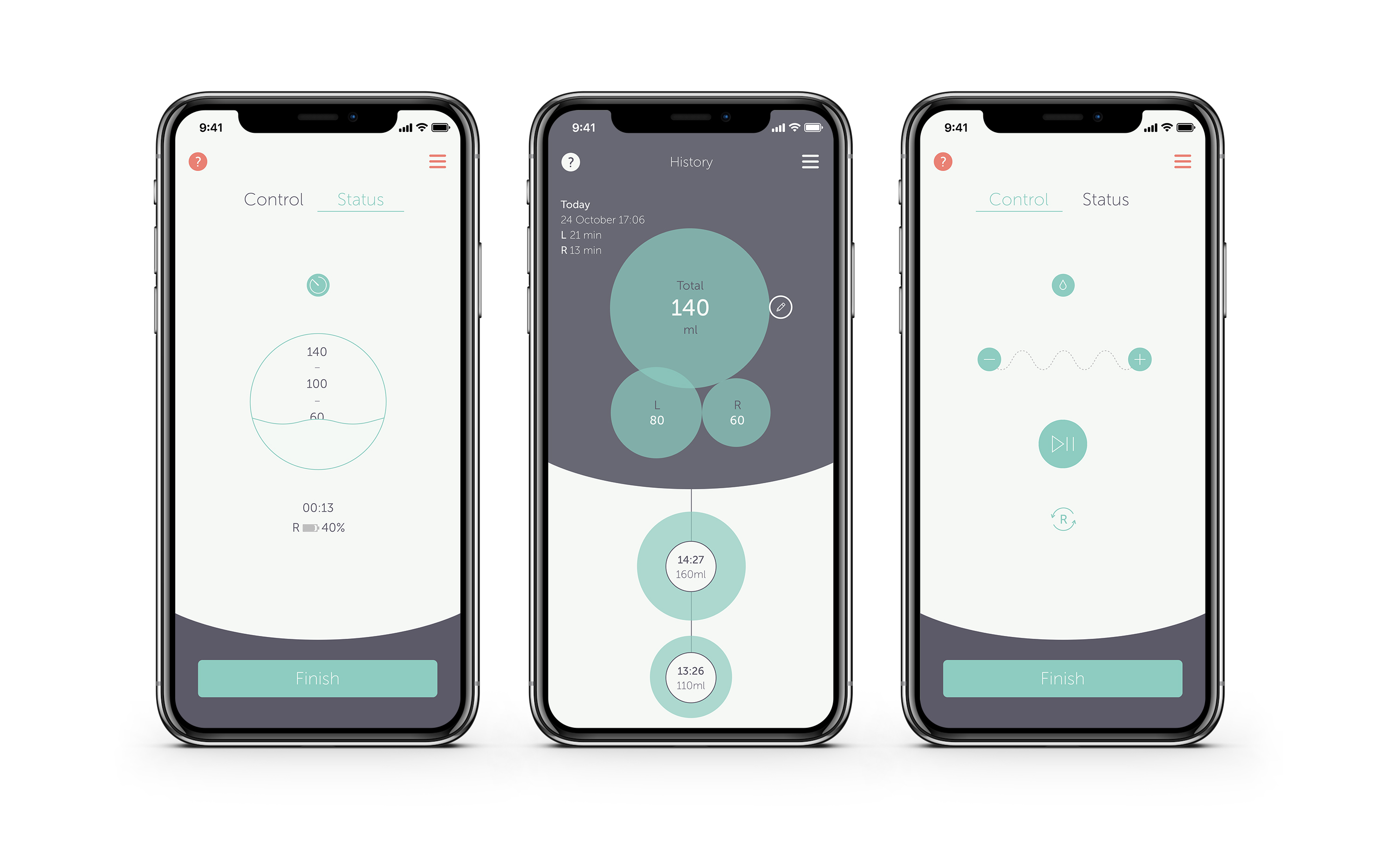 All of these features sound fantastic to this new (and currently pumping) mom. I remember in the early days of my baby’s life wanting to go places but feeling stuck. I was chained to not just all the baby gear, hormonal shifts and worries about my newborn but to the pump and feed schedule itself, which made it next to impossible to leave the house for the first few months.

My baby was one of those “gourmet eaters” who just nursed and nursed all day. There were days I couldn’t leave the bed! Having a silent, no mess, hands-free device that fit right in my bra would have made a world of difference.

However, I mentioned the word “tentatively” above, as I have not had a chance to do a hands-on review of Elvie’s pump. The Willow pump also seemed to hold a lot of promise early on, yet left me disappointed.

To be fair, the company’s customer service team was top-notch and did try to address my concerns. I even went through two “coaching” sessions, but in the end it seemed the blame was put on me for not getting their device to work correctly. That’s a bad user experience if you are blaming others for your design flaws, especially new and struggling moms. 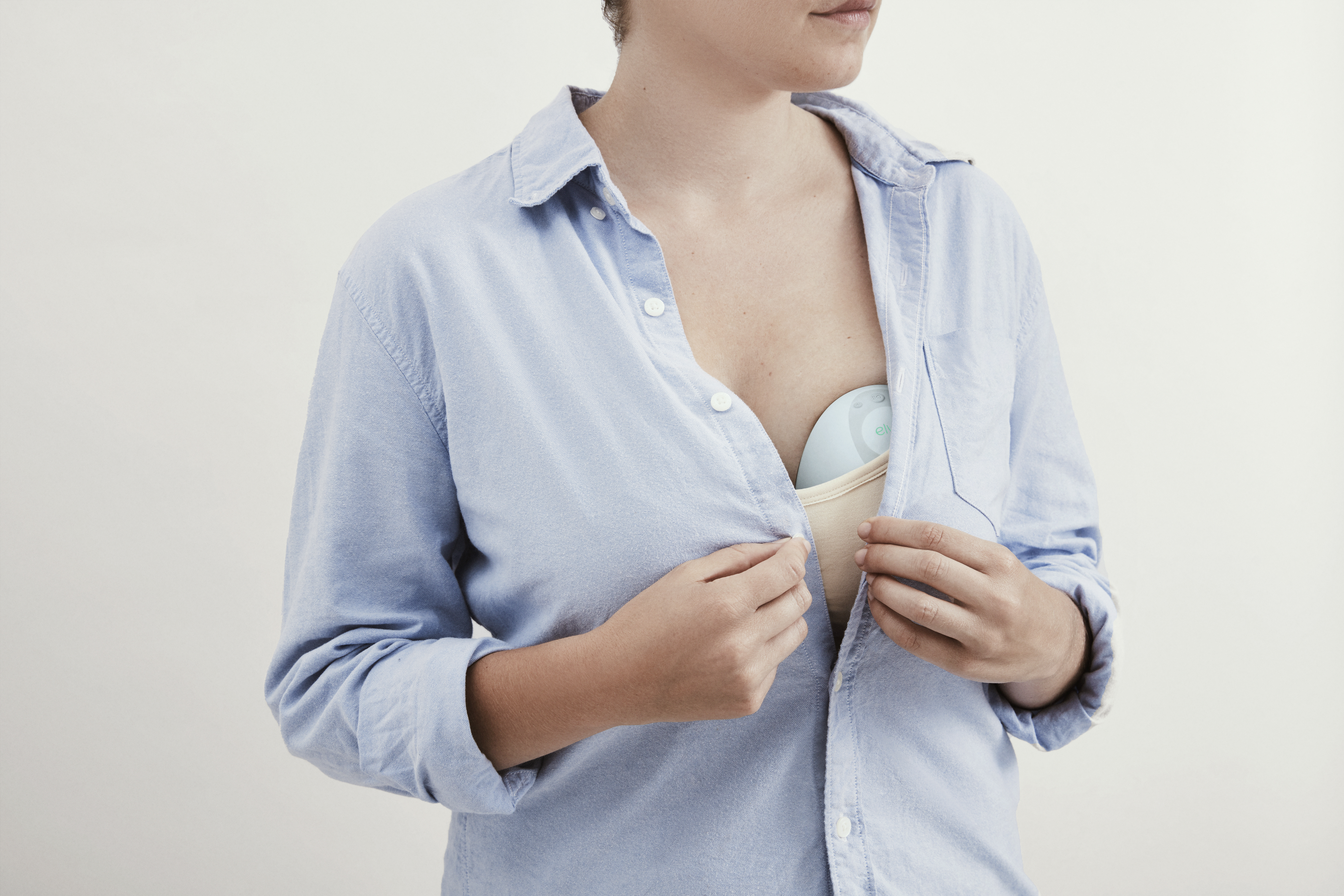 Both companies are founded by women and make products for women — and it’s about time. But it seems as if Elvie has taken note of the good and bad in their competitors and had time to improve upon it — and that’s what has me excited.

As my fellow TechCrunch writer Natasha put it in her initial review of Elvie as a company, “It’s not hyperbole to say Elvie is a new breed of connected device. It’s indicative of the lack of smart technology specifically — and intelligently — addressing women.”

So why the pump? “We recognized the opportunity [in the market] was smarter tech for women,” founder and CEO Tania Boler told TechCrunch on her company’s move into the breast pump space. “Our aim is to transform the way women think and feel about themselves by providing the tools to address the issues that matter most to them, and Elvie Pump does just that.”

The Elvie Pump comes in three sizes and shapes to fit the majority of breasts and, in case you want to check your latch or pump volume, also has transparent nipple shields with markings to help guide the nipple to the right spot.

The app connects to each device via Bluetooth and tracks your production, detects let down, will pause when full and is equipped to pump in seven different modes.

The pump retails for $480 and is currently available in the U.K. However, those in the U.S. will have to wait until closer to the end of the year to get their hands on one. According to the company, it will be available on Elvie.com and Amazon.com, as well in select physical retail stores nationally later this year, pending FDA approval.