If you had a cup of delicious coffee this morning, there’s a good chance those beans came from Colombia, which has famously been growing and selling them for centuries. But the country hasn’t produced any coffee makers — until now, anyway. The FrankOne is a clever device that puts a versatile vacuum-extraction technique in a compact, single-cup form factor.

Of course, it’ll have to hit its Kickstarter goal first. Eduardo Umaña, the designer of the FrankOne, explained that he encountered the idea one day when chatting with a Colombian roaster.

“He was making coffee then by using the ‘reverse french press’ method and I thought I could improve on that,” Umaña told me in an email. “Some time after, I got very curious to test what high vacuum brewed coffee would taste like. I did some simple experiments and was very surprised by the rich and sweet flavor. One thing led to another and I ended up designing a new product.” 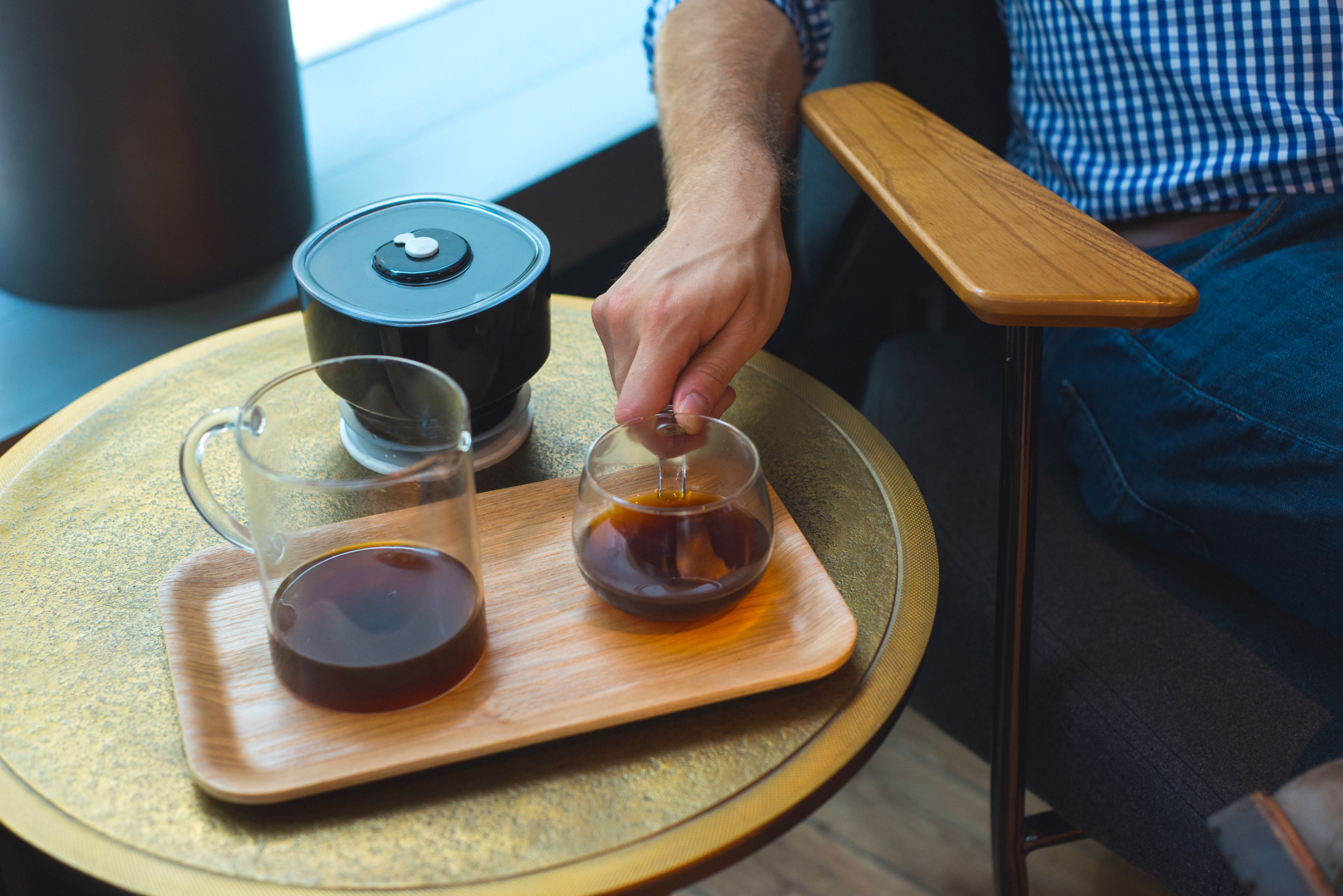 The FrankOne is closest in operation to the big glass vacuum drippers you might have seen in fancy coffee shops. This interesting and quite old method uses the gas pressure created by the boiling action to force the water upwards through a tube into the grounds, and then as it cools, the brewed coffee is pulled back down through a filter by the changes in air pressure. The siphons you’ve seen are elegant but not exactly convenient.

“They implement a similar principle in a very different way,” Umaña said. His device doesn’t require this dance of hot and cool; you put the cylindrical device, about the size of “a big burger,” on the included carafe and add the ground coffee. Pour in the hot water, put the lid on and wait a bit for the oils and such to extract. Then hit the button on top and let it do its thing.

A pump extracts air from the carafe, drawing the coffee down through the metal filter. In a minute or so the process is done, leaving what Umaña says is the bitter crema up in the grounds. The result is a sweet and clear cup of coffee. Its taste (I haven’t tried) is likely closest to AeroPress, as opposed to drip, due to the active force pushing (pulling, actually) the water through the grounds.

The device will accept various grinds and amounts of coffee, producing a different cup — not a possibility with French press and not advised with pourover or espresso. And it’s definitely a lot smaller than an AeroPress.

It does run on a battery, but with 150 cups per charge, you probably won’t have to worry much about it. And there’s no bait and switch with custom filters or something — you just wash the thing and it’s ready to go again.

Incidentally, I had to double-check with Umaña that no one from Colombia had gone on to create a coffee maker. The industry is so old and so important there that it seemed impossible.

“Unbelievable, right?” he wrote. “It was also very meaningful to me as Colombian to work on the first Colombian designed coffee brewer. Perhaps through this project we can bring some much needed economic development to the country by innovating in coffee; it grows right in our backyard and we can do so much more than we are currently doing!”

Umaña and his company, Frank de Paula (after the second president of Colombia, who started the coffee export business there in the 19th century), are looking for $120,000 to finance the device. At $50 for the early birds it’s likely a steal, at least if you’re a coffee brewing fiend like me — I collect stuff like this. Everyone needs a hobby, right? It’ll cost a bill when it comes out in retail, so if you like the idea, save yourself a couple bucks and support good design with a pledge.