Quantum computing has moved out of the realm of theoretical physics and into the real world, but its potential and promise are still years away.

Onstage at TechCrunch Disrupt SF, a powerhouse in the world of quantum research and a young upstart in the field presented visions for the future of the industry that illustrated both how far the industry has come and how far the technology has to go.

For both Dario Gil, the chief operating officer of IBM Research and the company’s vice president of artificial intelligence and quantum computing, and Chad Rigetti, a former IBM researcher who founded Rigetti Computing and serves as its chief executive, the moment that a quantum computer will be able to perform operations better than a classical computer is only three years away.

“[It’s] generating a solution that is better, faster or cheaper than you can do otherwise,” said Rigetti. “Quantum computing has moved out of a field of research into now an engineering discipline and an engineering enterprise.”

Considering the more than 30 years that IBM has been researching the technology and the millions (or billions) that have been poured into developing it, even seeing an end of the road is a victory for researchers and technologists.

Achieving this goal, for all of the brainpower and research hours that have gone into it, is hardly academic.

The Chinese government is building a $10 billion National Laboratory for Quantum Information in Anhui province, which borders Shanghai and is slated to open in 2020. Meanwhile, the U.S. public research into quantum computing is running at around $200 million per year. 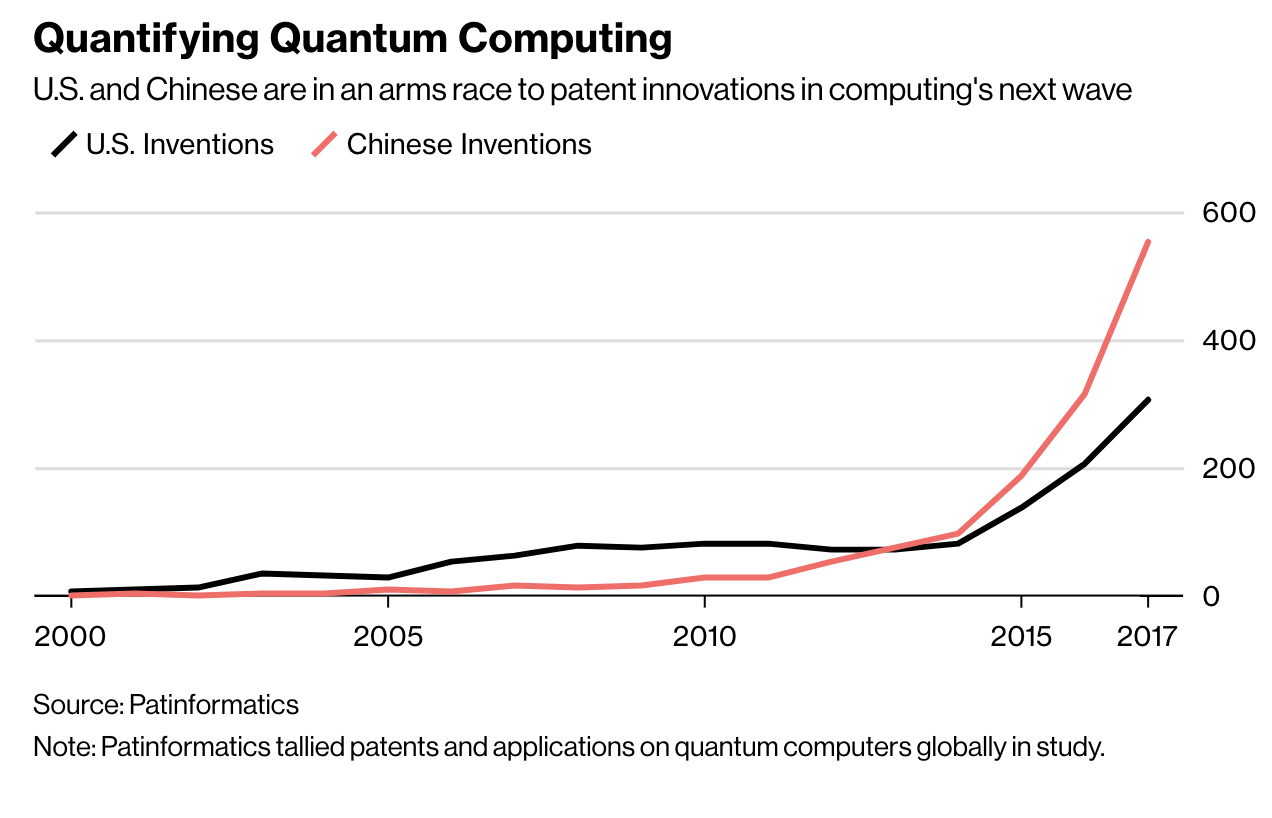 One of the reasons why governments, especially, are so interested in the technology is its potential to completely remake the cybersecurity landscape. Some technologists argue that quantum computers will have the potential to crack any type of encryption technology, opening up all of the networks in the world to potential hacking.

The quantum computing apocalypse is imminent

Of course, quantum computing is so much more than security. It will enable new ways of doing things we can’t even imagine because we have never had this much pure compute power. Think about artificial and machine learning or drug development; any type of operation that is compute-intensive could benefit from the exponential increase in compute power that quantum computing will bring.

Security may be the Holy Grail for governments, but both Rigetti and Gil say that the industrial chemical business will be the first place where the potentially radical transformation of a market will appear first.

What is quantum computing anyway?

To understand quantum computing it helps to understand the principles of the physics behind it.

As Gil explained onstage (and on our site), quantum computing depends on the principles of superposition, entanglement and interference.

A Turning Point For Quantum Computing

Superposition is the notion that physicists can observe multiple potential states of a particle. “If you a flip a coin it is one or two states,” said Gil. Meaning that there’s a single outcome that can be observed. But if someone were to spin a coin, they’d see a number of potential outcomes.

Once you’ve got one particle that’s being observed, you can add another and pair them thanks to a phenomenon called quantum entanglement. “If you have two coins where each one can be in superpositions and then you can have measurements can be taken” of the difference of both.

Finally, there’s interference, where the two particles can be manipulated by an outside force to change them and create different outcomes.

“In an algorithm you put the computer in a super positional state,” Gil continued. “You can take the amplitude and states and interfere them and the algorithm is the thing that interferes… I can have many, many states representing different pieces of information and then i can interfere with it to get these data.”

These operations are incredibly hard to sustain. In the early days of research into quantum computing the superconducting devices only had one nanosecond before a qubit transforms into a traditional bit of data. Those ranges have increased between 50 and 100 microseconds, which enabled IBM and Rigetti to open up their platforms to researchers and others to conduct experimentation (more on that later).

As one can imagine, dealing with quantum particles is a delicate business. So the computing operations have to be carefully controlled. At the base of the machine is what basically amounts to a huge freezer that maintains a temperature in the device of 15 millikelvin — near absolute zero degrees and 180 times colder than the temperatures in interstellar space.

“These qubits are very delicate,” said Gil. “Anything from the outside world can couple to it and destroy its state and one way to protect it is to cool it.”

Wiring for the quantum computer is made of superconducting coaxial cables. The inputs to the computers are microwave pulses that manipulates the particles creating a signal that is then interpreted by the computers’ operators.

Those operators used to require a degree in quantum physics. But both IBM and Rigetti have been working on developing tools that can enable a relative newbie to use the tech.

Quantum computing in the “cloud”

Even as companies like IBM and Rigetti bring the cost of quantum computing down from tens of millions of dollars to roughly $1 million to $2 million, these tools likely will never become commodity hardware that a consumer buys to use as a personal computer.

Rather, as with most other computing these days, quantum computing power will be provided as a service to users.

Indeed, Rigetti announced onstage a new hybrid computing platform that can provide computing services to help the industry both reach quantum advantage — that tipping point at which quantum is commercially viable — and to enable industries to explore the technologies to acclimatize to the potential ways in which typical operations could be disrupted by it.

“A user logs on to their own device and use our software development kit to write a quantum application,” said Rigetti. “That program is sent to a compiler and kicks off an optimization kit that runs on a quantum and classical computer… This is the architecture that’s needed to achieve quantum advantage.”

Both IBM and Rigetti — and a slew of other competitors — are preparing users for accessing quantum computing opportunities on the cloud.

IBM has more than a million chips performing millions of quantum operations requested by users in over 100 countries around the world.

“In a cloud-first era I’m not sure the economic forces will be there that will drive us to develop the miniaturized environment in the laptop,” Rigetti said. But the ramifications of the technology’s commercialization will be felt by everyone, everywhere.