As the shadow of SoftBank (and its $100 billion fund) looms large over the investment landscape, Sequoia Capital is pushing the upper limits of the checks it’s willing to write to global growth-stage companies up to $1 billion. With a B.

Thankfully for Leone, the firm has closed all of its U.S. and global funds, to support those unprecedently massive checks.

While the firm hasn’t yet cut a check for a cool billion (Leone joked that he “doesn’t have a pacemaker yet”), the head of one of Silicon Valley’s preeminent investment funds did say that Sequoia has written $400 million checks twice already. Alas, Leone wouldn’t say whether those commitments were made to companies in the U.S. or in what is increasingly becoming Sequoia Capital’s new largest market — China.

Half the firm’s investments are now made in China, which is attracting more and more attention as not only a competitor to Silicon Valley, but a leader in its own right when it comes to global growth and innovation.

Sequoia was one of the early firms that ventured out from Silicon Valley to explore the market in China in the early part of the new millennium. And while Kleiner Perkins, DFJ and other leading firms of the dot-com boom stumbled as they made their way along China’s digital silk road, Sequoia has found incredible success from its base in Beijing (nearly 6,000 miles from its Silicon Valley home). 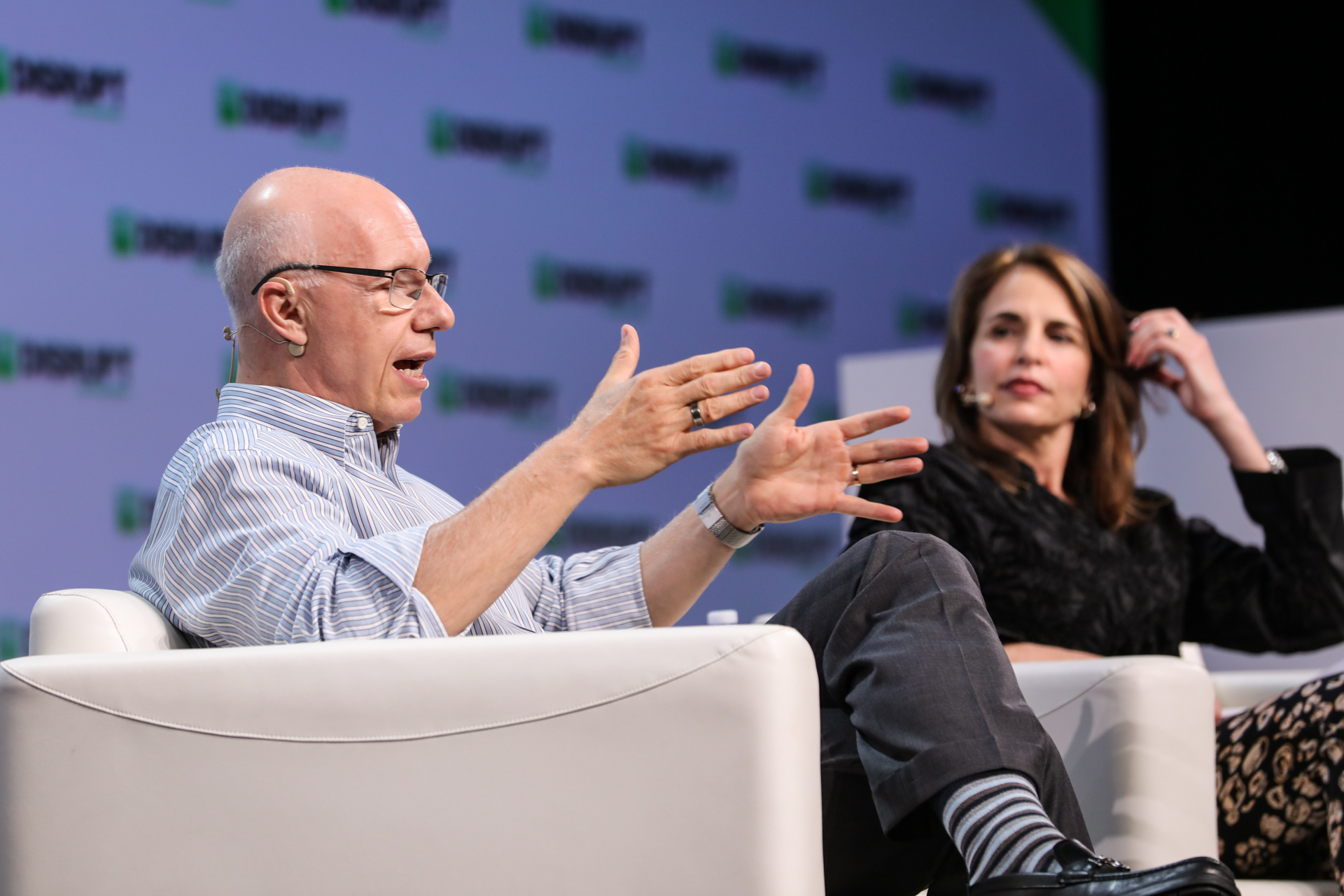 Instead, the firm went to China. To succeed in China, Leone noted, it is critically important to find a local team and let that team make their own decisions. And the Sequoia team found a perfect local partner in Neil Shen — the leader of the firm’s China operations. “If we went to China and made decisions from the U.S., we would fail,” Leone said.

With the help of Shen’s decision-making prowess, it’s no understatement to say that Sequoia Capital has been one of the architects of the current explosion of Chinese entrepreneurial talent. And as parallels are increasingly drawn between the U.S. startup culture and the culture in China, Leone says that they’re “similar in character.” “Both dream about changing the world,” Leone said. The difference? “Chinese founders have half another gear because they’re a little more desperate.”

Whether that desperation comes from the breakneck pace of competition that famed VC Kai-Fu Lee alluded to yesterday at Disrupt, or to an increasingly regulation-happy and controlling Beijing government, is an open question.

As Leone looks to the future of China’s development, he’s thinking that the tight grip that Xi Jinping has placed around the country will begin to loosen and that the Chinese market will open up to foreign competitors (something that entrepreneurs and investors have been hoping would come to pass for several decades… and still has yet to materialize). “Four or five years from now things are going to be a little different,” Leone said. “There’s a lot of pressure now that China is going to be more open over time.”

If Sequoia’s global managing partner is correct, then maybe Silicon Valley startups will see themselves on a more even competitive footing with their domestic counterparts in China.

Yet, even as Leone dreamed his impossible dream of a more open China, he acknowledged the heavy hand that regulators still have over business decisions. It extends from the ways companies list publicly, to the way they have to adhere to provincial- and even district-level government regulations. Indeed, China’s regulators keep the pace of public offerings controlled to try to ensure that local Chinese investors don’t lose money on the stock markets. (That policy has clearly been ineffective, given where the Shanghai Stock Exchange is today.)

“That license [to list publicly] alone is worth $500 million to $1 billion. [The market is] … much more managed and much more to please local investors,” Leone said.

That’s one reason why foreign capital continues to be attractive to Chinese companies. But it’s also why increasingly large rounds are getting raised, whether in China or in the U.S., so companies can stay private longer.

And it’s why Sequoia has been pushed to write its large checks. Indeed, Leone rebuffed any suggestion that SoftBank had really changed the firm’s investment strategy. (Sequoia has “never” lost a deal to SoftBank, Leone insisted.) Rather, market dynamics have changed, along with the need for startup companies to receive what Leone called “friendly” private capital.