Cancer almost killed the acquisition of video workout startup FitStar and its co-founder Mike Maser, who’s just become the CEO of the No. 1 fasting app, Zero. It was a dream that turned into a nightmare.

Fitbit came right out and said they wanted to buy the True Ventures-funded company. “But even in that meeting, I felt pretty ill,” Maser tells me. At first he thought the weird temperature fluctuations, swollen glands and tiredness were just normal wear and tear from running a startup. A week later he was diagnosed with Stage 4 Non-Hodgkin’s Lymphoma. He was terrified that the disease could derail the acquisition. 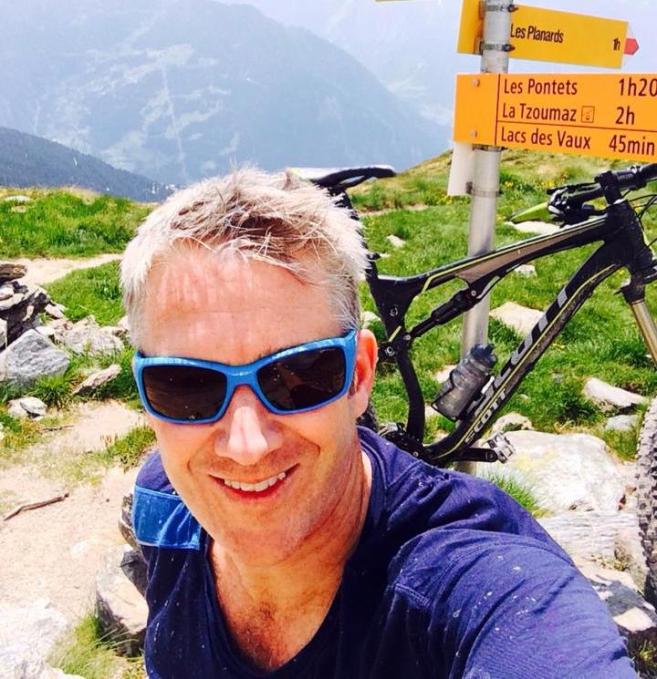 “I was very scared they were going to pull out. I would have understood if they said that ‘you’re part of the reason we’re buying this’ but they were supportive. They all stood behind me,” Maser recalls. “I signed the term sheet from my hospital bed during chemo. Fitbit allowed me an immediate leave of absence to get my stem cell treatment.”

Maser was determined to do everything he could to maximize his chances of beating cancer. That’s when he came across the research of Dr. Valter Longo that purported that fasting could make chemotherapy more effective with fewer side effects. Mice that fasted during chemo saw their healthy cells go into a protective mode while cancer cells remained exposed to the treatment. Maser began the practice of not eating for five days and believes that contributed to him being declared cancer free after just two of his six scheduled rounds of chemo. “I’ve been in remission ever since. I became very much a believer in fasting.”

That made him the perfect person to lead Zero. The fasting app lets people choose from popular fasting methods or create their own, set goals and track their will power to avoid food. Digg founder Kevin Rose started it in late 2016 after getting into fasting when he heard Wolverine actor Hugh Jackman used the practice to shed weight. It’s become the top app in the space with over 8 million fasts tracked, even as Rose’s attention has drifted to his meditation app Oak and becoming an investor at True Ventures. But all the while, he’d been friends with Maser for 18 years.

When Maser left Fitbit last year, he envisioned building his own app for fasting.  But after some conversations with Rose, they figured out “a win for both of us. I could take Zero to the next level while Kevin could give his undivided attention to both True Ventures and Oak. The lightbulb went off,” Maser explains.

So today, Maser announced he’s become Zero’s CEO and it’s raised a $1.2 million seed round led by Rose’s True Ventures, whose Tony Conrad will join the board, Trinity Ventures, NFL legend Tony Gonzalez and Maser’s brother from Sutter Health, Dr. Ben Maser, are joining the round too. 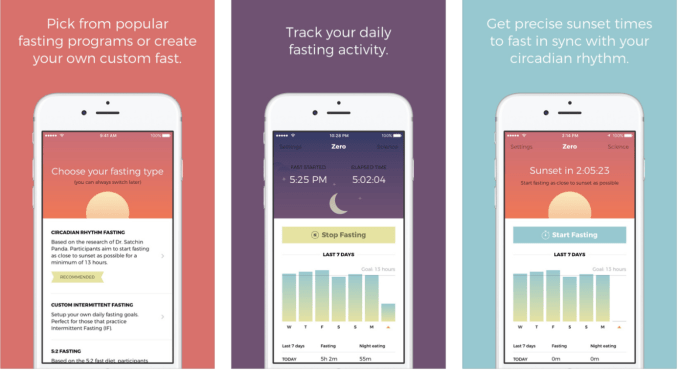 With the new cash, the plan is to make the streamlined but bare-bones Zero app into a fasting educational guide as well as an eating tracker. The startup wants to be able to teach people about the benefits of temporarily ditching food, intelligently recommend whether 13-hour, 16-hour or another fasting regimen is best for users depending on their health goals and provide guidance to keep people motivated when their craving a bite.

In the meantime, Zero today launches its Apple Watch app, which users have been aggressively requesting. Being able to easily key in the starts and ends to fasts will help Zero compete with BodyFast’s wider range of programs and LIFE’s social-focused app that pairs you with fellow fasters. 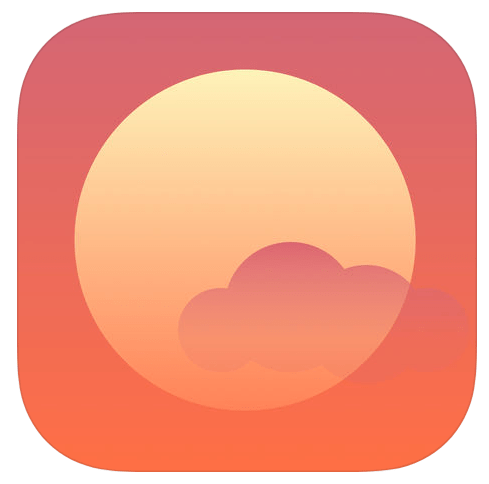 Long-term, Zero hopes to legitimize fasting and help the practice become more recognized for clinical applications. The research data is still a bit thin, and TechCrunch isn’t endorsing the science here. Those interested in fasting should always consult a doctor first. Propelling more explicit human trials about how fasting impacts well-being could further fuel Zero. But given the epidemic of obesity, the increasing convenience of food delivery and our screen-based lifestyles, any technology that helps us eat less deserves a shot.