The fertility market is projected to be worth more than $30 billion by 2025, and today on the Disrupt Startup Battlefield stage, a new device called the Kegg, a Bluetooth-connected silicone kegel ball that monitors mucus to help determine a woman’s fertility by being inserted for no more than two minutes every day, is launching a device it hopes will make some waves in it — literally and figuratively.

The device, when shipped in the near future, will sell for less than $200.

For the uninitiated, a kegel ball is an object that a woman places in her vaginal passage. Designed to be held in place by a woman’s kegel muscles (also known as the pelvic floor), holding a kegel ball in place helps to exercise those muscles and strengthen them — which can be useful to help recover after you’ve given birth, to keep yourself from involuntarily peeing as you age and (yes) to make sex more enjoyable. (It’s not a completely glamorous list, but one that I’d argue is pretty useful for many women.)

Kegg’s product takes that one step further and creates another use case by using it to measure mucus viscosity, with the daily, two-minute measurements producing a cycle that looks something like this: 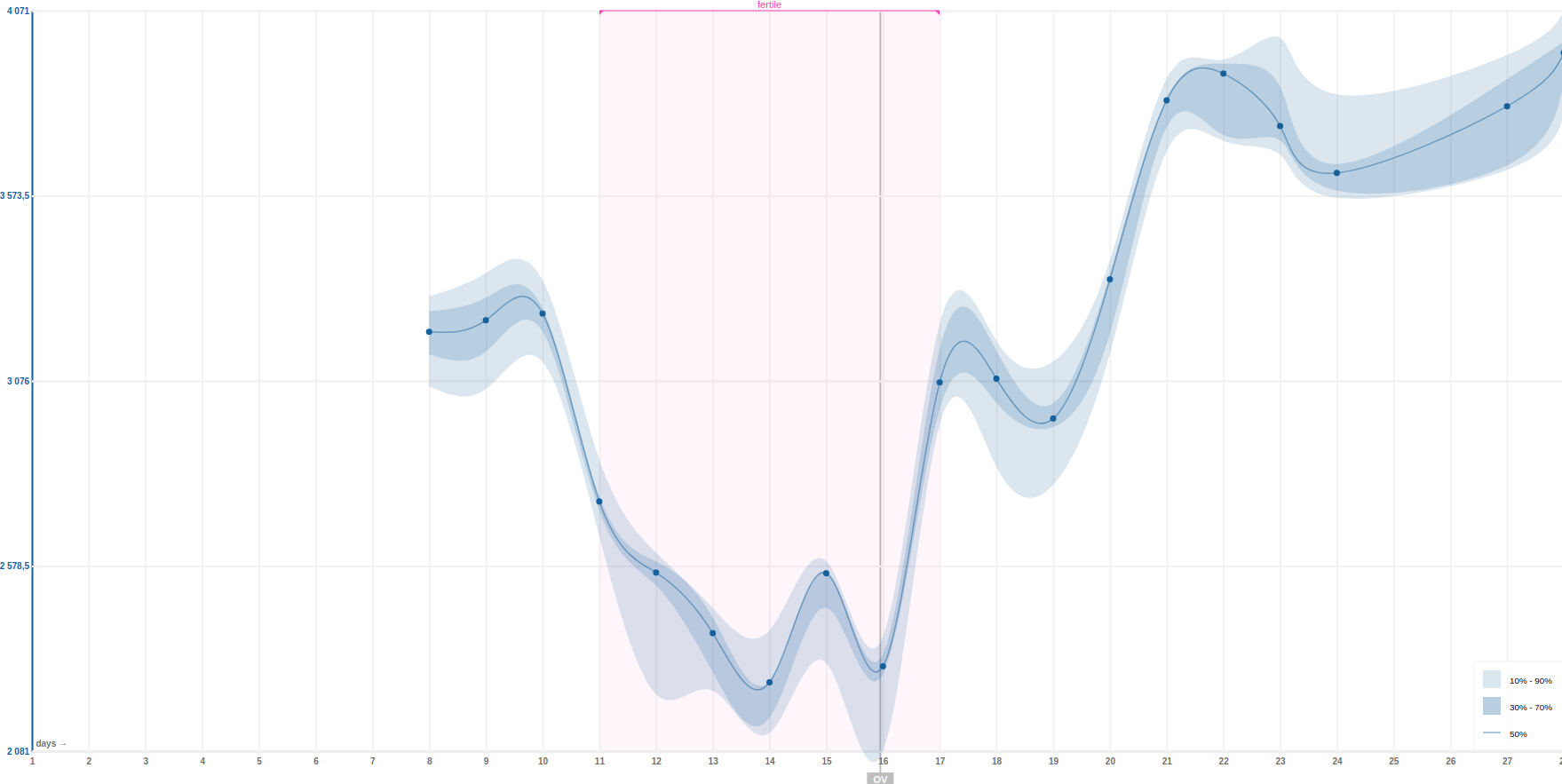 In doing so, it is also exploring another aspect of fertility that’s not typically a part of many consumer-focused assistants: the viscosity of the mucus in a woman’s vaginal passage.

We have seen a wave of startups (and more traditional female health businesses) emerge in the last several years that are focused on tracking metrics like pulse and body temperature or your ovulation cycle to determine your fertility window. (There is even a kegel ball-based device on the market that measures your temperature, alongside other connected kegel balls.)

Mucus is another important determinant of what is going on. As an egg gets released from a woman’s ovary, the consistency of the mucus changes. Not only does the viscosity give you an indication of where the egg is in its travels out of the ovary, but the more viscose it gets, the more viable it is for holding sperm to survive for longer before they connect with the egg. (Typically sperm do not survive for that long, and so the thicker the mucus, the bigger window you have for that sperm getting to the egg to fertilize it.)

The Kegg comes with two gold bands on it that emit electric pulses that are used to measure the thickness of the mucus.

Using analyzer chips on a custom-designed PCB inside the Kegg, the device monitors the response from the mucus surrounding the Kegg’s sensors. It then “reads” the electro-chemical properties in the mucus to detect which electrolytes are present in the mucus. And this in turn is sent to the cloud for further processing through Kegg’s algorithm, ultimately determining the consistency of the mucus.

Kristina Cahojova, the CEO and founder of Lady Technologies (the startup behind the Kegg), says her team chose to focus on mucus because it’s too difficult, if not impossible, to use the other metrics to determine fertility if a woman has an irregular cycle, there are already a lot of products out there that are already measuring those metrics for those who are regular and there weren’t any products like the Kegg on the market already today.

“The tech has been around for 50 years,” she said, in reference to the ability to measure the viscosity of the mucus and tie that to a specific woman’s fertility. And yet, there have been very few products created based on it up to now.

Indeed, the most well-known consumer-focused product on the market today that measures a woman’s mucus is the OvuCue, which retails for more than $200 and is a larger and more complex probe. “I think you have to be a woman to invent something like this,” Cahojova said of the Kegg.

Right now, the Kegg is only using its measurements to help define the window for when you might be most fertile, but of course there are potentially many other areas of women’s health that could be informed by way of the diagnostics it is picking up, provided the startup finds the funding and manages to make it through the regulatory hoops to do so.

The bigger picture that we should all find encouraging is that the rise of connected devices, big data analytics and ever-more medical research is coming together to give us a much better idea of what is going on with our bodies, and what we can do differently to help influence the outcomes. Cahojova also sees the benefit of that competition.

“It’s very nice that users have a lot of options,” she said. “For me none of the existing options happened to work because I am very irregular. We are trying to address how to reduce fertility stress for other irregular women.”