Lenovo’s going all-in on IFA this year. The company announced a new Chromebook, a Snapdragon-powered Windows laptop and some smart home devices, among others. The most compelling bit from the bunch, however, has to be the Yoga Book C930.

The laptop follows in the footsteps of the Yoga Book A12, the convertible that was all the rage at IFA back in 2016. That device swapped the standard keyboard for a touchscreen, so the surface could double as a drawing pad. It wasn’t particularly conducive for typing, but it certainly was innovative.

The C930 takes things even further, swapping the Halo keyboard for E Ink. It’s an interesting application for the technology, which has largely been relegated to the world of e-readers. The secondary display serves the same function as on the A12, doing triple duty as a keyboard, notepad and e-reader. 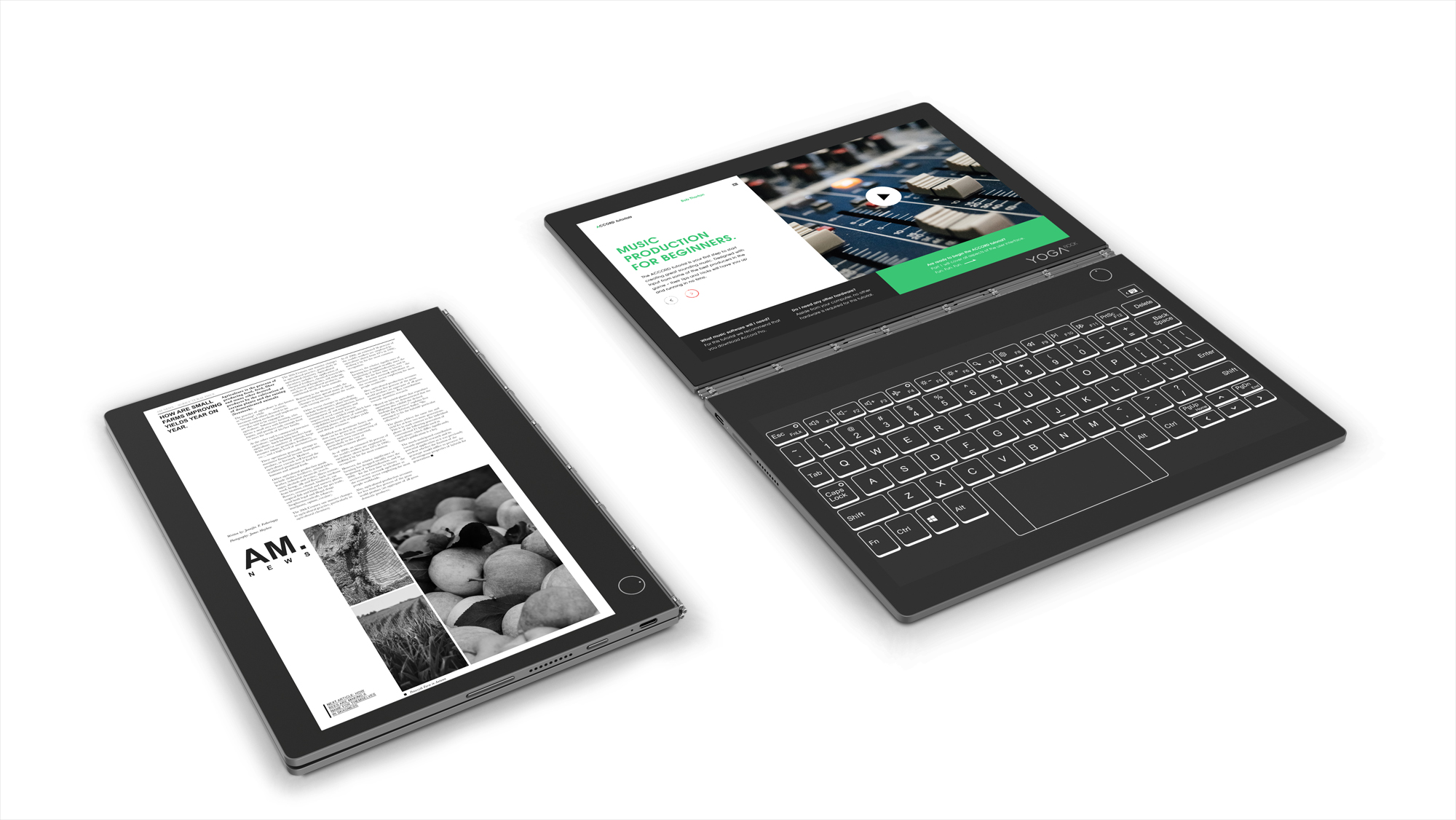 That functionality certainly makes the device a compelling proposition for students who are more intent on taking notes by hand than typing. Of course, like the A12, you’re sacrificing the tactility of a traditional keyboard and trackpad for the diversity of a secondary display. Typing on a flat surface is something that certainly takes some getting used to.

I haven’t had the opportunity to try the product, so I can’t speak to the responsiveness of the on-board E Ink tech, but as anyone who’s ever used a Kindle can tell you, refresh rates can be killer on these sorts of devices.