Google today announced that it is providing the Cloud Native Computing Foundation (CNCF) with $9 million in Google Cloud credits to help further its work on the Kubernetes container orchestrator and that it is handing over operational control of the project to the community. These credits will be split over three years and are meant to cover the infrastructure costs of building, testing and distributing the Kubernetes software.

Why does this matter? Until now, Google hosted virtually all the cloud resources that supported the project, like its CI/CD testing infrastructure, container downloads and DNS services on its cloud. But Google is now taking a step back. With the Kubernetes community reaching a state of maturity, Google is transferring all of this to the community.

Between the testing infrastructure and hosting container downloads, the Kubernetes project regularly runs more than 150,000 containers on 5,000 virtual machines, so the cost of running these systems quickly adds up. The Kubernetes container registry has served almost 130 million downloads since the launch of the project. 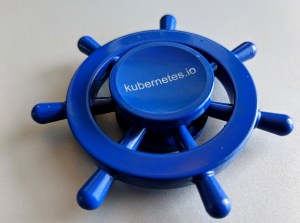 It’s also worth noting that the CNCF now includes a wide range of members that typically compete with each other. We’re talking Alibaba Cloud, AWS, Microsoft Azure, Google Cloud, IBM Cloud, Oracle, SAP and VMware, for example. All of these profit from the work of the CNCF and the Kubernetes community. Google doesn’t say so outright, but it’s fair to assume that it wanted others to shoulder some of the burdens of running the Kubernetes infrastructure, too. Similarly, some of the members of the community surely didn’t want to be so closely tied to Google’s infrastructure, either.

“By sharing the operational responsibilities for Kubernetes with contributors to the project, we look forward to seeing the new ideas and efficiencies that all Kubernetes contributors bring to the project operations,” Google Kubernetes Engine product manager William Deniss writes in today’s announcement. He also notes that a number of Google’s will still be involved in running the Kubernetes infrastructure.

“Google’s significant financial donation to the Kubernetes community will help ensure that the project’s constant pace of innovation and broad adoption continue unabated,” said Dan Kohn, the executive director of the CNCF. “We’re thrilled to see Google Cloud transfer management of the Kubernetes testing and infrastructure projects into contributors’ hands — making the project not just open source, but openly managed, by an open community.”

It’s unclear whether the project plans to take some of the Google-hosted infrastructure and move it to another cloud, but it could definitely do so — and other cloud providers could step up and offer similar credits, too.