Caffeine-infused meal replacement products may be all the rage among techies, but a good ol’ cup of joe is still the choice morning beverage for most of us. To capitalize on America’s insatiable coffee habit, Bellwether Coffee has raised a $10 million Series A and begun selling its zero-emissions commercial roaster and online coffee bean marketplace to cafés and grocers. The funding follows a $6 million seed round in 2016.

Congruent Ventures led the round for the Berkeley, Calif.-based startup, with participation from FusionX Ventures, Tandem Capital, New Ground Ventures, Hardware Club, XN Ventures and SolarCity founders Pete and Lyndon Rive. As part of the deal, Pete Rive has joined the startup’s board, as has Congruent managing partner Josh Posamentier. Bellwether was founded by Ricardo Lopez, who serves as the company’s head of product innovation, in 2013.

Bellwether CEO Nathan Gilliland says the company sits at the nexus of software and hardware. The latter can be a tougher sell to VCs, though Gilliland said its latest round was oversubscribed. The company has just begun leasing its $1,000 per month ventless, electric coffee roaster to cafés, grocers and other businesses.

As part of the monthly fee, Bellwether customers get access to its online bean marketplace, which they can use to order beans from a revolving list of 20-some coffee farms curated by the team at Bellwether. Retailers and coffee consumers also can tip farmers directly via Bellwether. Gilliland explained that could be a game changer for the industry. Coffee farmers, he said, earn roughly 75 cents per pound of coffee sold. If a dollar is tipped on every pound of coffee, a farmer could double their revenue.

Tracing where the beans in your daily brew originated from, whether that be Guatemala, Ethiopia, Colombia or another one of the top producers of beans, can be difficult. Bellwether’s marketplace, which lets retailers browse coffee farms based on factors, including whether the farm is organically certified or woman-owned, is intended to add a bit of transparency to an often opaque business.

“We live in such a connected world now it really makes sense to enable consumers to know who made their coffee and where they are located,” Gilliland told TechCrunch. “We really try to align the quality and the taste with the sustainability metrics. We want a perfect balance between the two.” 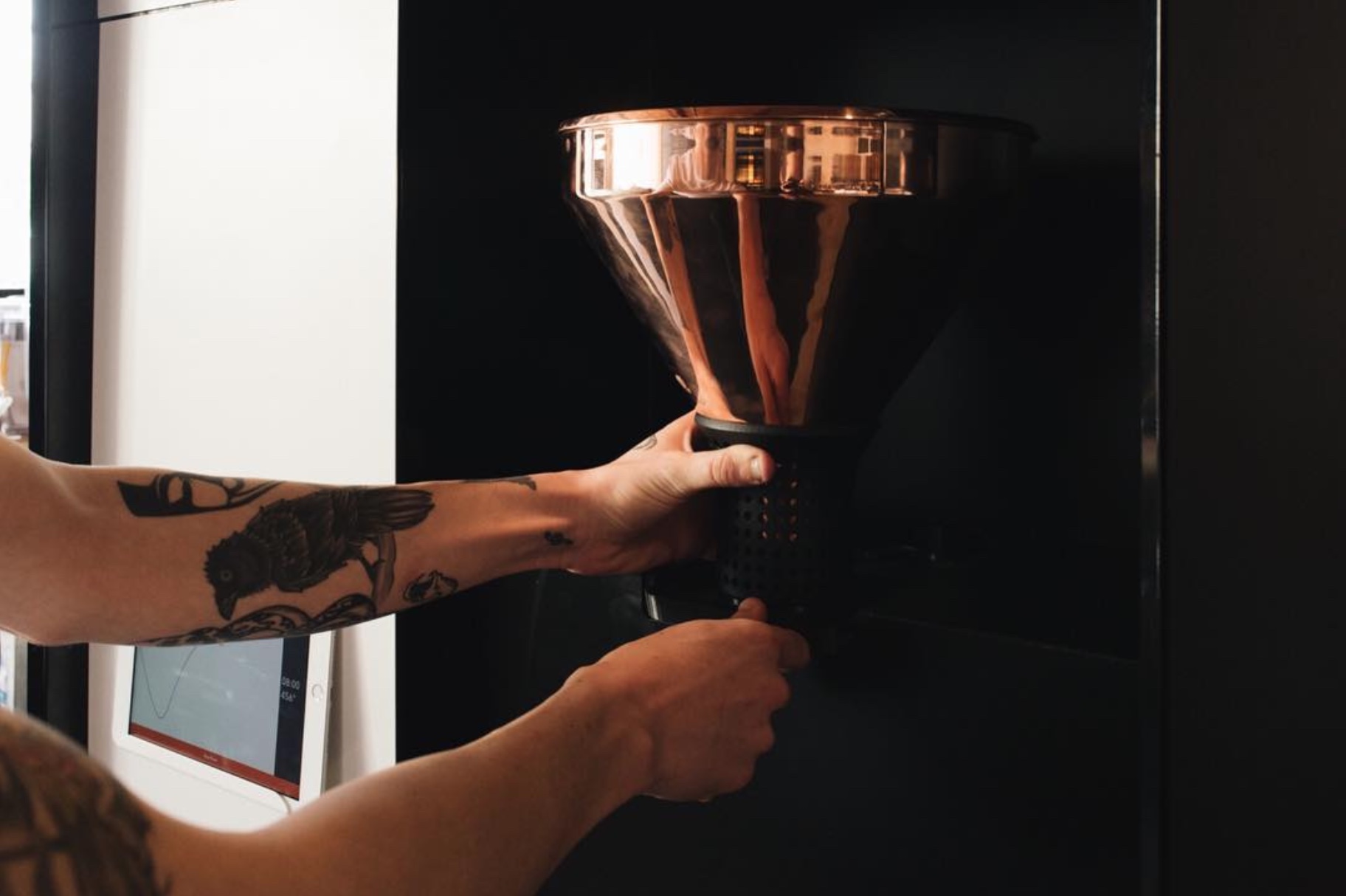 Bellwether has a large potential market, as most cafés and grocers don’t have in-house roasters, but can save money by leasing one like Bellwether’s. On top of that, Americans drink a whole lot of coffee. According to a recent study by the money-saving app Acorns, one-third of its users spent more on coffee annually than they invested. Most of their respondents, however, were millennials, who of course are known to overspend on avocado toast, among other things. So their spending habits may not be the most accurate representation of all coffee consumers. Regardless, there could be a big opportunity here for Bellwether.

In the coffee tech scene generally, a few other companies have captured the attention of venture capital investors recently. Luckin Coffee, a Chinese on-demand coffee delivery startup, raised $200 million in July at a billion-dollar valuation, followed by a $40 million round for Bulletproof 360, the company behind Bulletproof Coffee.

If Bellwether doesn’t soar into unicorn territory, Gilliland has at least come to appreciate a good cup of coffee and its many subtleties.

“I will admit, I used to throw a little creamer in my coffee but no, it’s all black now.”