Update: Launch successful! Aeolus is in orbit and and signal has been acquired. We’re still waiting on solar panel deployment but everything is nominal so far.

FIRST DATA!! #Aeolus🛰🌬 coming in loud📢 and clear at #Troll station📡 and controllers at #ESOC🕹 are seeing their first data from the satellite

An ESA mission 20 years in the making is set to take off today, launching the first satellite to monitor the planet’s winds directly — and using a giant laser, at that. Aeolus takes off from French Guiana at nearly midnight CEST, about 2:20 PM Pacific time, and you can watch the launch live here.

Aeolus, named after the Greek god who was the keeper of the winds, is a satellite designed and approved way back in 1999 but only recently completed and deemed ready for launch. It’s essentially a vehicle for a single payload, the Atmospheric Laser Doppler Instrument, or “Aladin,” essentially an orbital lidar system.

Once in orbit, Aladin will blast the surface with a 10-megawatt ultraviolet laser 50 times per second, tracking the minute changes evident in the reflected beam caused by air molecules and other matter in the atmosphere. Twenty separate measurements done on the laser light allow the satellite to determine the exact velocity of the wind where it’s pointing. 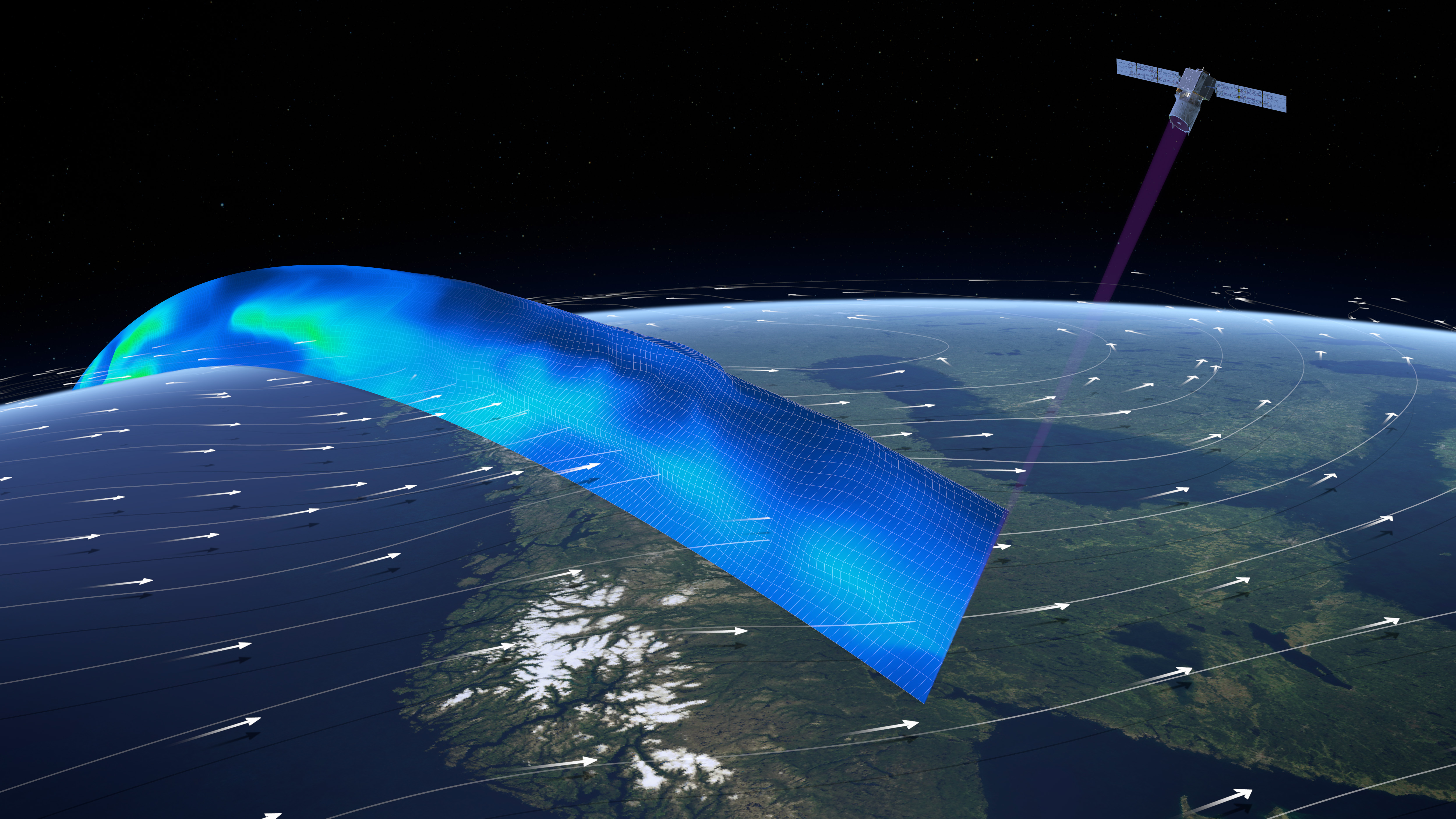 Believe it or not, measuring the wind from space hasn’t really been done. Sure, you can observe cloud patterns and infer that air in some places is behaving in a certain way. But there has been no space-based, global-scale mission to directly measure the direction of the wind.

This information should prove extremely valuable, as it will allow for much improved weather prediction, especially in areas like the tropics where there are fewer stations and weather balloons (yes, they use them) from which to collect data. As such, the Aeolus mission may help understand and predict the genesis and paths of tropical storms, giving people more timely and accurate warnings. 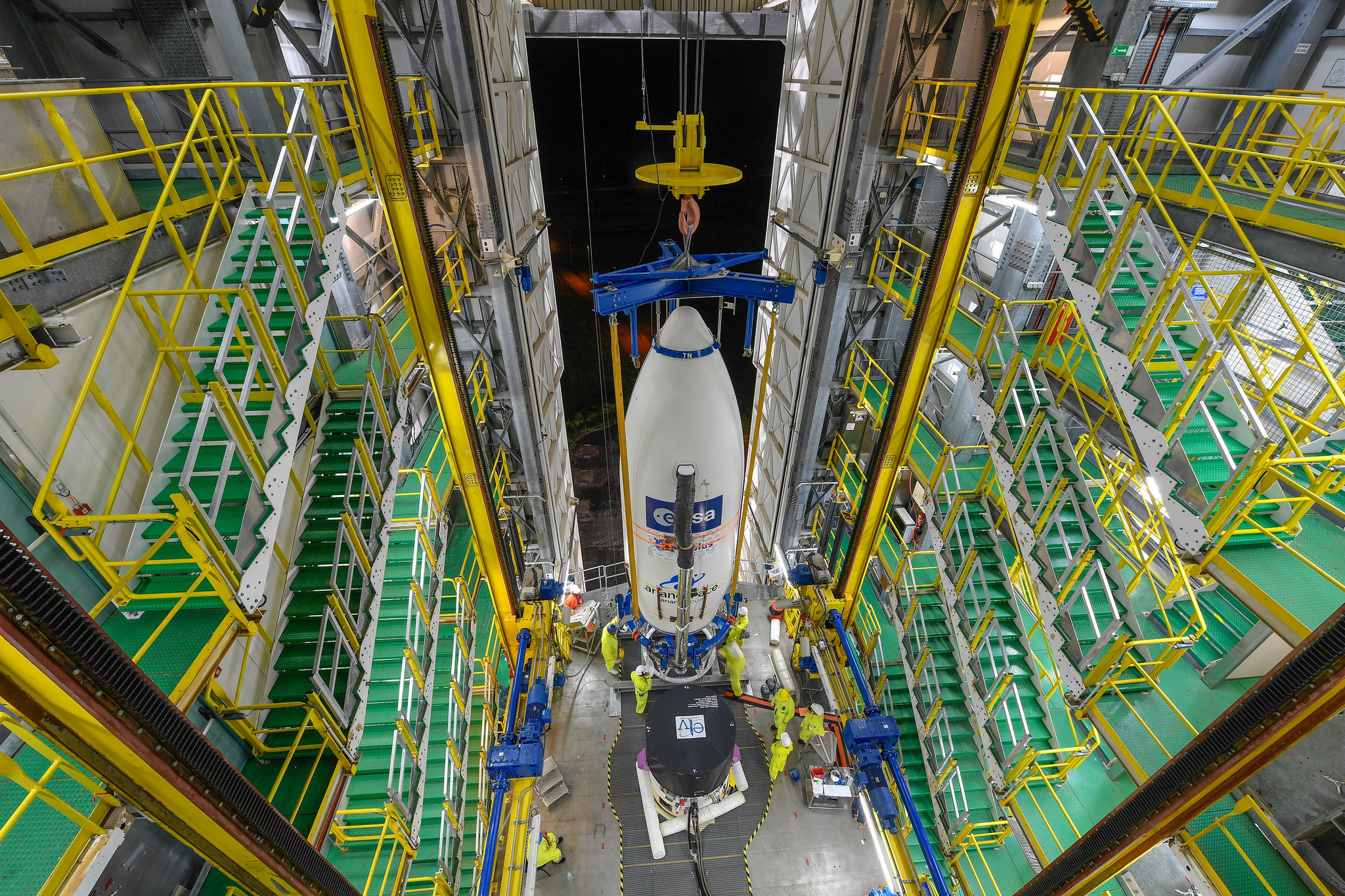 Weather in areas rich in balloons should also be improved by a few percent of accuracy — which doesn’t sound like a lot, but really is, especially for aerospace businesses, farmers and others whose livelihood revolves around the weather.

Ironically (though not particularly worryingly), Aeolus’s first intended launch date was scrubbed because of high winds. If only there were a satellite that could have helped predict that. 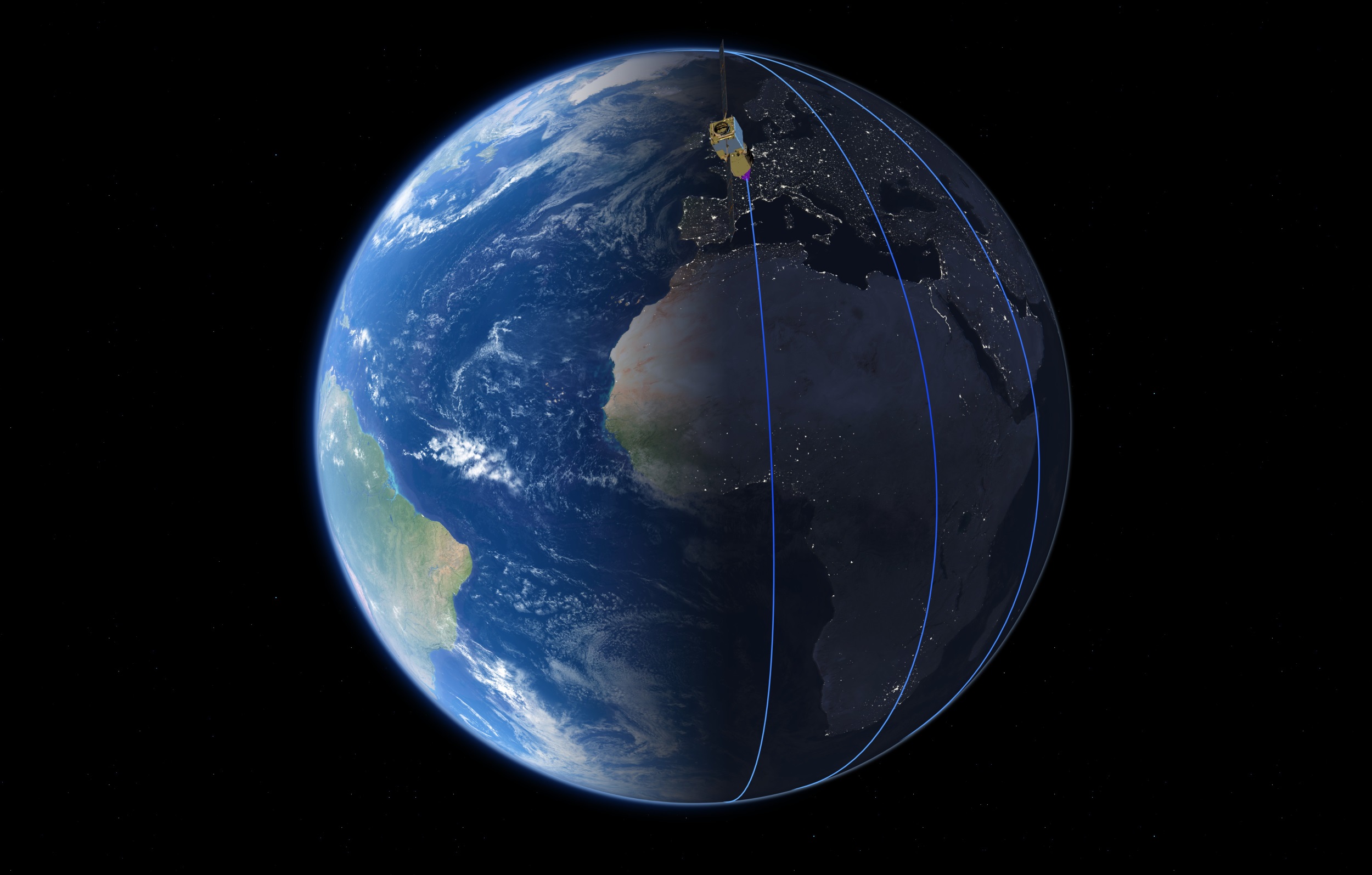 Aeolus’s orbit is a slightly unusual one called a sun-synchronous dusk/dawn orbit. It will hover at 320 kilometers above the terminator, the line demarcating night from day, while circling around the poles every 90 minutes. So it’s zipping in the north-south axis at great speed, and takes a week to sample the whole globe.

Data is fired off to a station in Svalbard, Norway once every orbit, and the plan right now is to distribute that data within three hours to the meteorological authorities who will be using it for their own purposes.

The mission is only planned to last three years, since it’s more of a technology demonstration than a full-scale semi-permanent satellite. If Aeolus proves as useful as it promises to be, another satellite or perhaps several may be launched with improvements and perhaps other instruments.

The satellite has been in French Guiana since July and has been loaded up atop a Vega rocket since earlier this month. Live coverage should begin at 23:00 CEST, 14:00 (2:00 PM) Pacific time, and liftoff is planned for 20 minutes after that. It should take almost an hour for the full deployment process to take place, so we’ll know shortly afterwards if all went well.