23andMe is beefing up its African, East Asian and Native American ancestry capabilities — something it has sorely lacked. Specifically, 23andMe has added 12 new regions across Africa and East Asia to its database . When I first tried 23andMe a few years ago, it told me I was 71 percent West African, which tells me next to nothing about which countries the bulk of my ancestry comes from. Well, that’s all changing — though, I already received the information from Ancestry — with 23andMe’s latest product update.

“Key to this update is really the availability of more data from around the world, specifically in Africa and Asia,” 23andMe Senior Product Manager Robin Smith told TechCrunch. “It’s possible through certain initiatives, like the African Genetics Project and Global Genetics Project.” 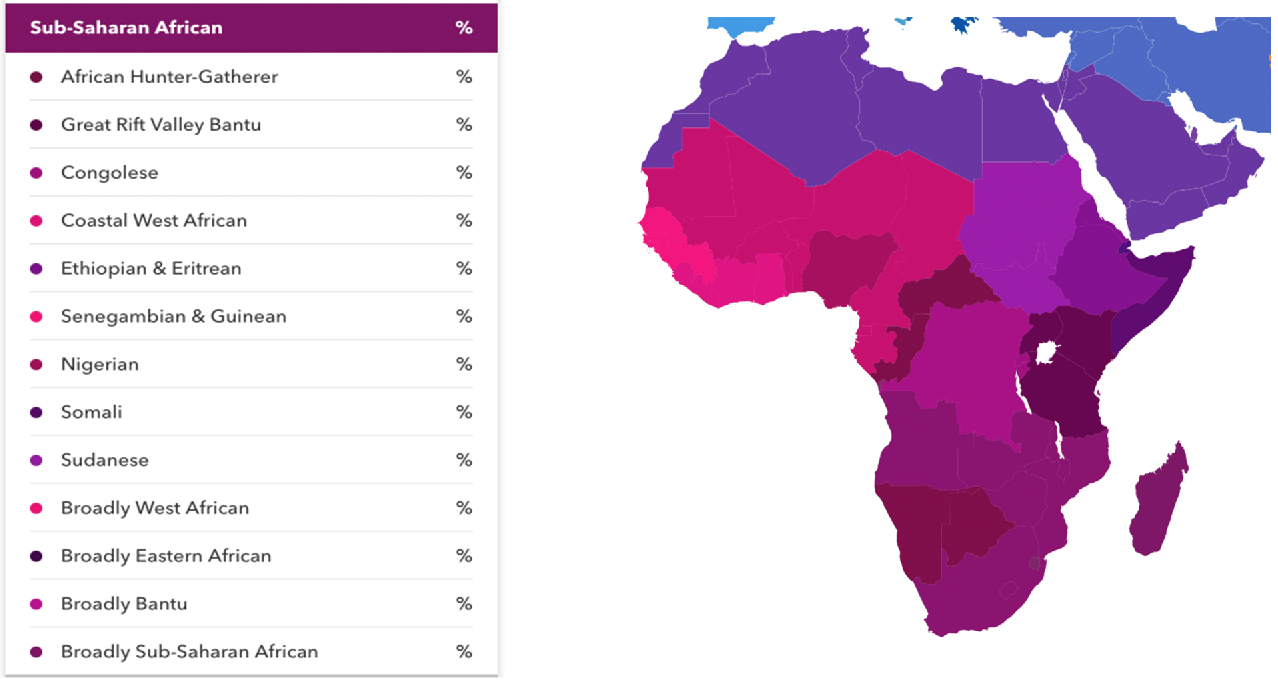 Here are the 12 additional populations on 23andMe:

23andMe first launched in 2007, but it’s taken a long time to collect the data needed to provide a more comprehensive genealogical view to certain populations. Roughly 75 percent of 23andMe’s customers are of European descent, 23andMe CEO Anne Wojcicki said at TechCrunch Disrupt SF 2017. So, 23andMe realized “at some point that we needed these initiatives to go out and get the data,” Smith said.

For early 23andMe adopters, they’re going to have to re-take the test because this update is only available for people on the most recent genotyping chip, Smith said. 23andMe is now on the fifth version of its chip, which he said is “reflective of a better idea of the diversity of the world.”

That means they’ll either have to buy a new kit or opt-in for a yet-to-be-available upgrade program, Smith said. Beyond this update, 23andMe plans to regularly release updates and continue adding new populations.

Update: 23andMe spokesperson has since clarified Smith’s comments, saying “All customers (even early adopters) will eventually have the new results reflected in their Ancestry Composition report – timing is TBD but they’re expecting early 2019. We are also working on a chip upgrade path, for a fee since there are certain health reports that aren’t available to people on older chips. For the Ancestry Comp update specifically, there will be a free update for all pre-v5 customers.”

Last September, 23andMe raised $250 million at around a $1.75 billion valuation. As part of that capital raise, Wojcicki said, 23andMe planned to work to expand the diversity of the data and the research on that diversity.

In addition to ancestral information, 23andMe also offers health reports. Earlier in 2017, the Food and Drug Administration started allowing 23andMe to test for 10 different genetic risk tests, including ones for Parkinson’s and Alzheimer’s. In addition to testing risks for certain diseases, 23andMe also tells you fun facts like how your DNA influences your appearance, preferences and physical responses.

I’ll be retaking the 23andMe test soon and will let you all know what I find. In the meantime, a researcher over at 23andMe shared a before and after look at their results. Check it out below. 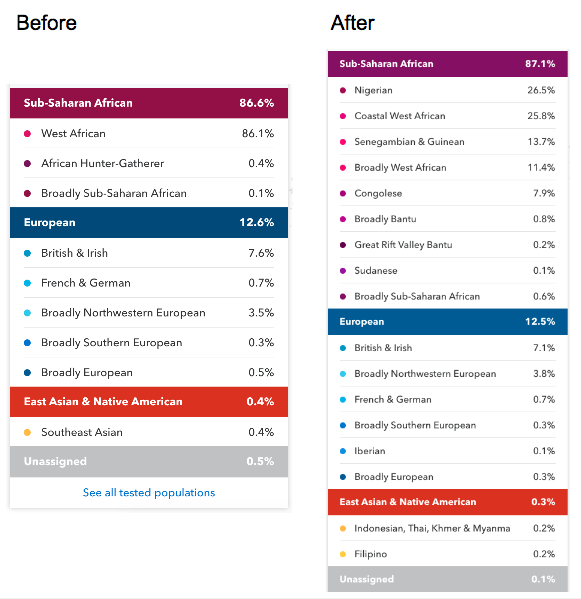