Fitbit’s ability to start righting the ship can largely be credited with its dive into the smartwatch category. Ionic was a bit of a mess, to be sure, but the Versa has proven a bona fide hit. But while smartwatches represent a rare bright spot in the stagnant wearable space, fitness bands have always — and will continue to be — Fitbit’s bread and butter.

The Charge is Fitbit’s workhorse. The unassuming tracker has sold well for the company, with the Charge 2 accounting for 15 million of the total 35 million the Charge line has sold.

Announced a full two years after its predecessor, the Charge 3 maintains the core competencies that helped make the line a success for the company, while baking in functionality that finds it further blurring the line between tracker and watch.

And why not? Fitbit is quick to cite its own survey of recent potential wearable buyers. Indeed, 42 percent told the company they wanted a tracker and 38 percent said they were edging toward a smartwatch. Size, price point and simplicity are among the primary drivers in that decision making — and the Charge 3 certainly has the Versa beat on those points.

In a meeting held prior to the official unveiling, a rep for the company said, “it truly is the Ferrari of trackers.” Not sure I can get on board with that one. Maybe it’s the Honda Civic. It’s reasonably priced at less than $200, dependable and built to last. Once again, the leaks were pretty much spot-on here. The top-level improvement here is the addition of a Gorilla Glass OLED touchscreen display that’s 40 percent larger than the Charge 2.

The design language hasn’t changed too much from its predecessor, though Fitbit’s made the band much easier to take off and put on, and added a whole bunch of different bands, including perforated sports models and woven straps, so there’s plenty of choice on that front. The battery has been improved. The claim has been bumped from a nebulous “several” days to seven. 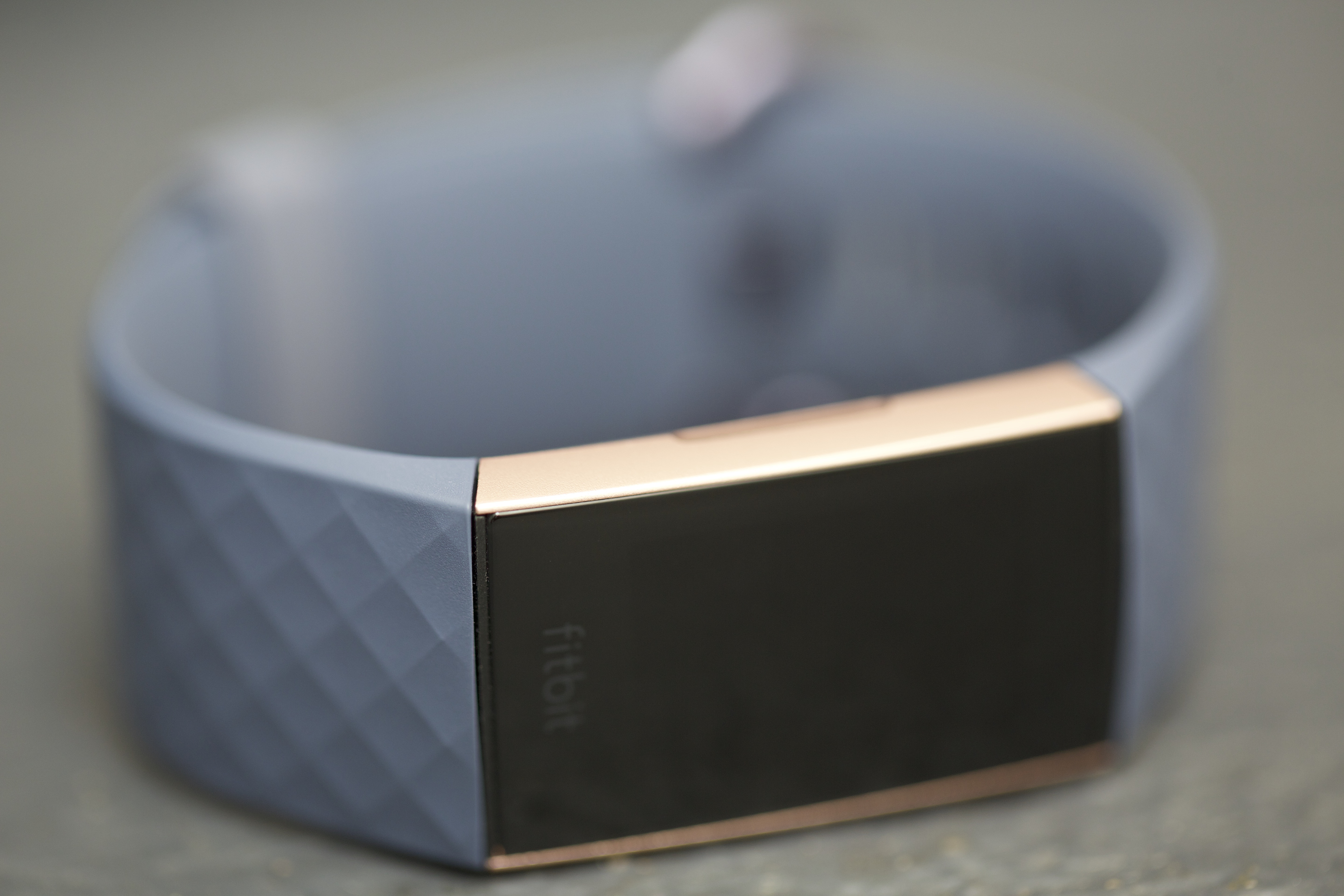 GPS, as expected, is nowhere to be found, however. You’ll need to rely on your phone for that sort of tracking.

Fitbit’s added a bunch of what it calls “smart features” on the software side. The company introduced a bunch on the smartwatch side of things, so why the heck not, right? It might risk cannibalizing Versa sales slightly, but while the lines have been further blurred, the two still present fairly distinct categories, so far as most consumers are concerned.

The Charge 3 pops up notifications from popular apps like Facebook and Uber and lets users accept or reject calls. Those with Android will be able to choose canned message responses, as well. Fitbit’s ported a bunch of its own apps, including Alarms, Timer and Weather, with Leaderboard and Calendar coming in a future update. Third-party apps will be available, as well, though Fitbit hasn’t announced those yet.

Fitbit Pay, meanwhile, has finally made the leap onto the band, after it debuted on the smartwatch front, so you can theoretically leave the wallet at home while going for a run. That said, there’s no music control here yet, though the company says it’s working on it. Giving their buddy-buddy relationship with Deezer, I’d expect that to be arriving soon. 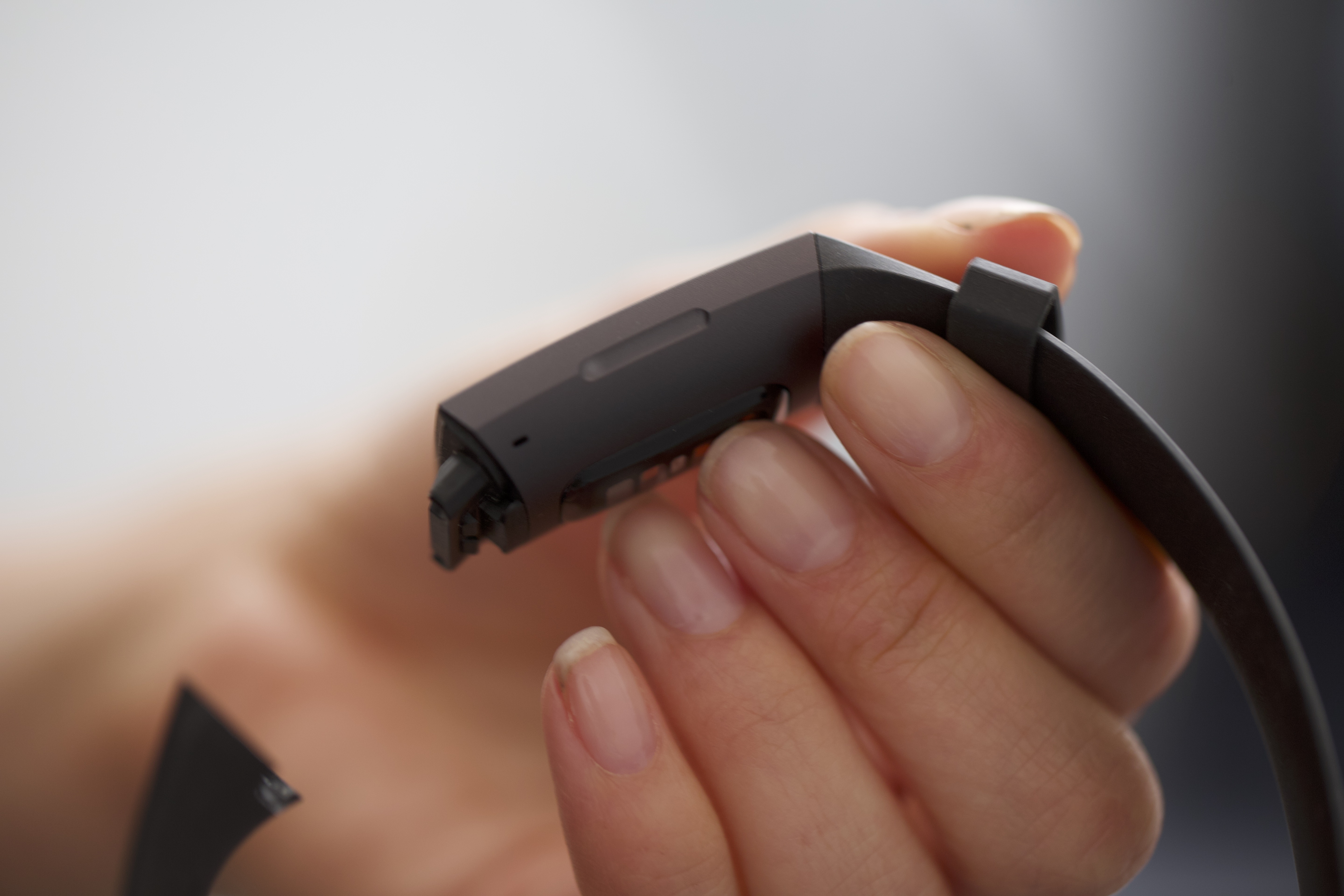 Fitness tracking has been improved throughout with more than 15 exercise modes. The physical button has been swapped out for an inductive one, helping make the device water-resistant up to 50 meters — and, yes, swim tracking is on board, as well. Female fitness tracking will get further updated in a future release to include ovulation. There’s also a beta version of Sleep Score, which is designed to give you more insight into your night-time habits and, I suppose, gamify sleep.

The company’s got a lot of lead time on all of this, as the device won’t be hitting store shelves until October. It will be priced at $150 for standard and $170 for a Special Edition with NFC and two bands.