Cryptocurrency projects can crash and burn if developers don’t predict how humans will abuse their blockchains. Once a decentralized digital economy is released into the wild and the coins start to fly, it’s tough to implement fixes to the smart contracts that govern them. That’s why Incentivai is coming out of stealth today with its artificial intelligence simulations that test not just for security holes, but for how greedy or illogical humans can crater a blockchain community. Crypto developers can use Incentivai’s service to fix their systems before they go live.

“There are many ways to check the code of a smart contract, but there’s no way to make sure the economy you’ve created works as expected,” says Incentivai’s solo founder Piotr Grudzień. “I came up with the idea to build a simulation with machine learning agents that behave like humans so you can look into the future and see what your system is likely to behave like.” 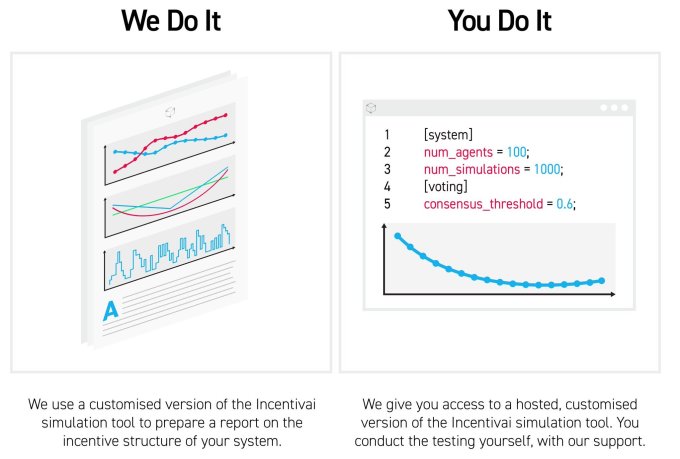 Incentivai will graduate from Y Combinator next week and already has a few customers. They can either pay Incentivai to audit their project and produce a report, or they can host the AI simulation tool like a software-as-a-service. The first deployments of blockchains it’s checked will go out in a few months, and the startup has released some case studies to prove its worth.

“People do theoretical work or logic to prove that under certain conditions, this is the optimal strategy for the user. But users are not rational. There’s lots of unpredictable behavior that’s difficult to model,” Grudzień explains. Incentivai explores those illogical trading strategies so developers don’t have to tear out their hair trying to imagine them.

Protecting crypto from the human x-factor

There’s no rewind button in the blockchain world. The immutable and irreversible qualities of this decentralized technology prevent inventors from meddling with it once in use, for better or worse. If developers don’t foresee how users could make false claims and bribe others to approve them, or take other actions to screw over the system, they might not be able to thwart the attack. But given the right open-ended incentives (hence the startup’s name), AI agents will try everything they can to earn the most money, exposing the conceptual flaws in the project’s architecture.

“The strategy is the same as what DeepMind does with AlphaGo, testing different strategies,” Grudzień explains. He developed his AI chops earning a masters at Cambridge before working on natural language processing research for Microsoft. 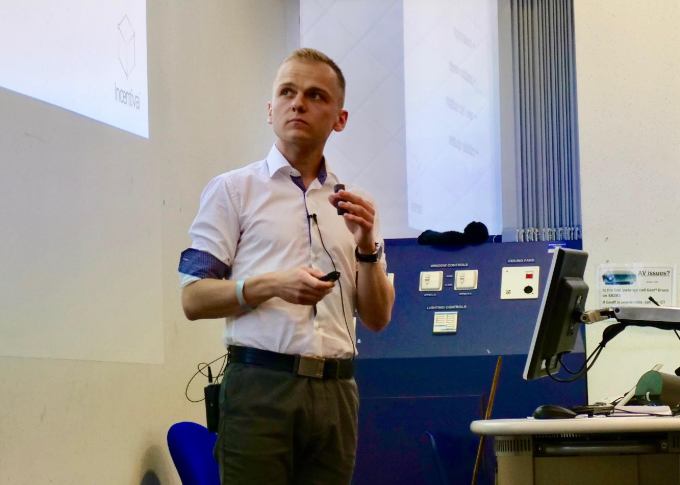 Here’s how Incentivai works. First a developer writes the smart contracts they want to test for a product like selling insurance on the blockchain. Incentivai tells its AI agents what to optimize for and lays out all the possible actions they could take. The agents can have different identities, like a hacker trying to grab as much money as they can, a faker filing false claims or a speculator that cares about maximizing coin price while ignoring its functionality.

Incentivai then tweaks these agents to make them more or less risk averse, or care more or less about whether they disrupt the blockchain system in its totality. The startup monitors the agents and pulls out insights about how to change the system. 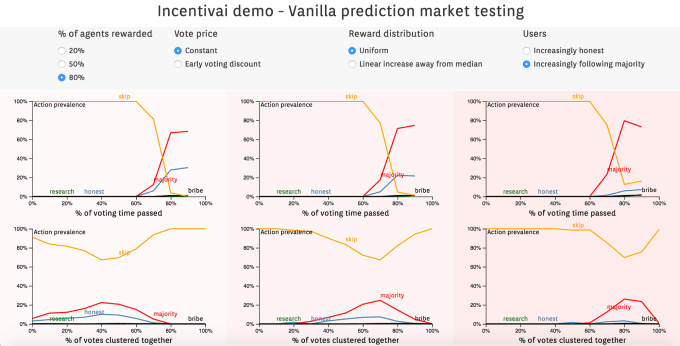 For example, Incentivai might learn that uneven token distribution leads to pump and dump schemes, so the developer should more evenly divide tokens and give fewer to early users. Or it might find that an insurance product where users vote on what claims should be approved needs to increase its bond price that voters pay for verifying a false claim so that it’s not profitable for voters to take bribes from fraudsters.

Grudzień has done some predictions about his own startup too. He thinks that if the use of decentralized apps rises, there will be a lot of startups trying to copy his approach to security services. He says there are already some doing token engineering audits, incentive design and consultancy, but he hasn’t seen anyone else with a functional simulation product that’s produced case studies. “As the industry matures, I think we’ll see more and more complex economic systems that need this.”