The Boring Company announced a proposal yesterday to construct a 3.6 mile hyperloop to carry fans from the city directly to Dodger Stadium in less than four minutes for about $1.

This proposed loop, called the “Dugout Loop,” would run from Dodger Stadium to privately owned Boring Co. property in either the Los Feliz, East Hollywood or Rampart Village neighborhoods. To increase public transit use and in turn decrease traffic congestion, the company plans to build in the vicinity of the LA Metro Red Line and is currently choosing between three Red Line stations in the area. When the final path is determined, the tunnel would be built 30 to 44 feet below the surface of the ground, and even deeper when traveling under standing infrastructure like bridges. 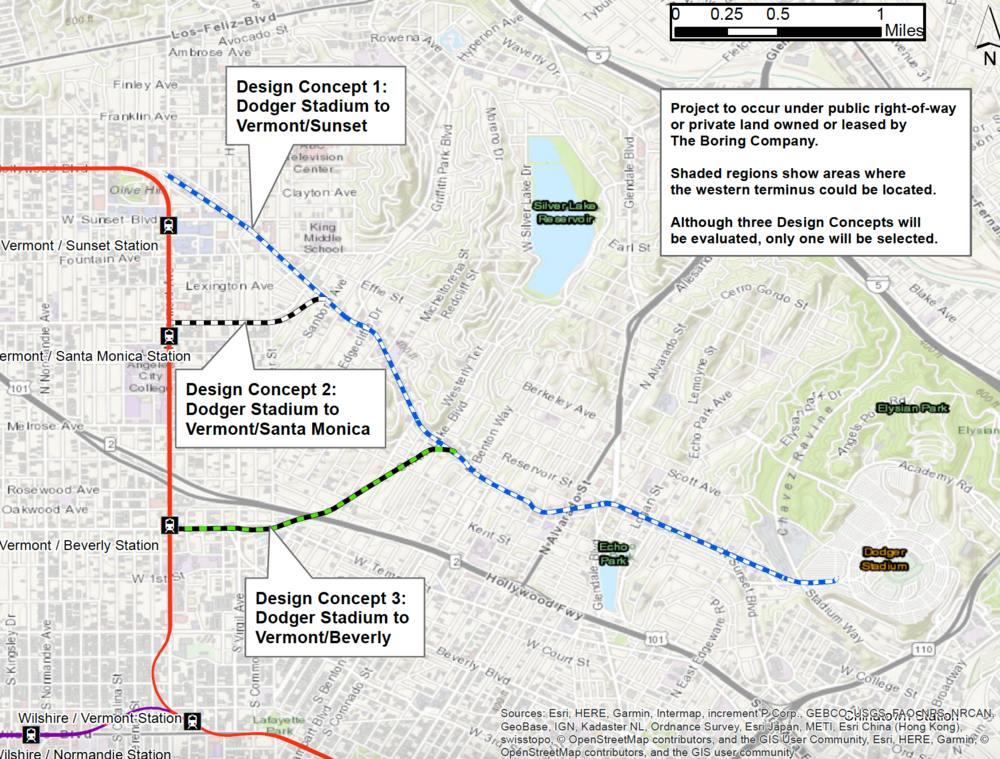 In theory, this emission-free tunnel system would help encourage Angelenos to use public transit and begin to shed the city’s car-clogged image and resulting smog.

The loop would consist of a single underground tunnel that runs under Vin Scully Avenue and Sunset Boulevard, two loop lifts (essentially elevators for the electric skates to bring them in and out of use) and ventilation/exit shafts. Each electric skate will be able to carry between 8-16 passengers.

To start, the Boring Co. plans to serve only about 2.5 percent (1,400 people) of the stadium’s capacity per event, with the potential to ramp it up to 5 percent based on feedback from the city and users. For a plan proposing to reduce traffic congestion in the city, these underwhelming numbers are unlikely to make a significant impact.

If the City of Los Angeles accepts the proposal, the Boring Co. says it would complete construction on the loop in 14 months. This would mark the second acceptance for the company following the proposal accepted by the City of Chicago earlier this summer to build a tunnel between O’Hare International Airport and downtown Chicago. And if ground on the Dugout Loop was broken before the Chicago loop, it could mark the second tunnel built by the Boring Co.

However, the Dugout Loop is not the only proposal the city has received. In addition to Boring Co.’s tunnel, LA is considering a gondola proposal from Aerial Rapid Transit Technologies that would carry 5,000 passengers an hour far above the city traffic and deposit them at the stadium.