RideAlong keeps people in mind, and that’s a good thing. The company, founded by Meredith Hitchcock (COO) and Katherine Nammacher (CEO), aims to make streets safer, not with expansive surveillance systems or high-tech weaponry but with simple software focused on the people being policed. That distinction sounds small, but it’s surprisingly revelatory. Tech so often forgets the people that it’s ostensibly trying to serve, but with RideAlong they’re front and center.

“The thing about law enforcement is they are interacting with individuals who have been failed by the rest of society and social support networks,” Nammacher told TechCrunch in an interview. “We want to help create a dialogue toward a more perfect future for people who are having some really rough things happen to them. Police officers also want that future.”

RideAlong is specifically focused on serving populations that have frequent interactions with law enforcement. Those individuals are often affected by complex forces that require special care — particularly chemical dependence, mental illness and homelessness.

“I think it is universally understood if someone has a severe mental illness… putting them through the criminal justice system and housing them in a jail is not the right thing to do,” Nammacher said. For RideAlong, the question is how to help those individuals obtain long-term support from a system that isn’t really designed to adequately serve them.

Made for field work, RideAlong is a mobile responsive web app that presents relevant information on individuals who frequently use emergency services. It collects data that might otherwise only live in an officer’s personal notebook or a police report, presenting it on a call so that officers can use it to determine if an individual is in crisis and if they are, the best way to de-escalate their situation and provide support. With a simple interface and a no-frills design, RideAlong works everywhere from a precinct laptop to a smartphone in the field to a patrol car’s dash computer. 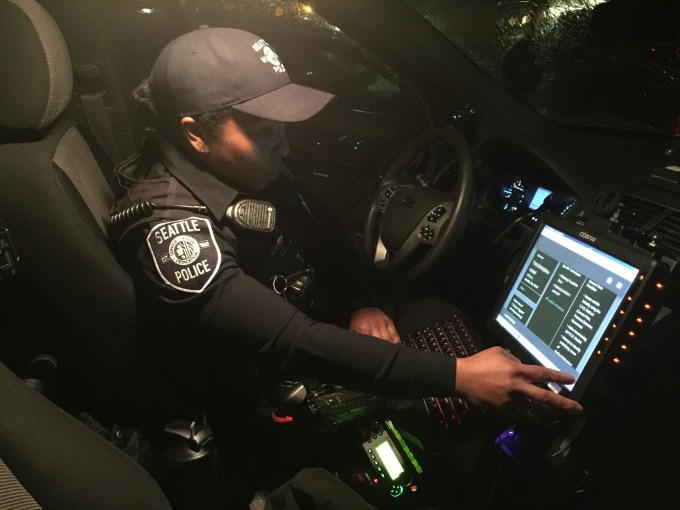 Nammacher explains that any police officer could easily think of the five people they interact with most often, recalling key details about them like their dog’s name and whether they are close to a known family member. That information is very valuable for responding to a crisis but it often isn’t accessible when it needs to be.

“They’ve come up with some really smart manual workarounds for how to deal with that,” Nammacher says, but it isn’t always enough. That real-time information gap is where RideAlong comes in.

RideAlong is designed so that police officers and other first responders can search its database by name and location but also by gender, height, weight, ethnicity and age. When a search hits a result in the system, RideAlong can help officers detect subtle shifts from a known baseline behavior. The hope is that even very basic contextual information can provide clues that mean a big difference in outcomes.

So far, it seems to be working. RideAlong has been live in Seattle for a year, with the Seattle Police Department’s 1,300 sworn officers using the software every day. Over the course of six months with the software, Seattle and King County saw a 35 percent reduction in 911 calls related to the 200 individuals indexed by RideAlong who most frequently utilize 911 systems. That decrease, interpreted as a sign of more efficient policing, translated into $407,000 in deferred costs for the city.

“It really assists with decision making, especially when it comes to crisis calls,” Seattle Police Sergeant Daniel Nelson told TechCrunch. Officers have a lot of discretion to do what they think is best based on the information available. “There is so much gray space.”

RideAlong has also partnered with the San Francisco Department of Public Health where a street medicine team is putting it to use in a pilot. West of Seattle, Kitsap County Sheriff’s Office is looking at RideAlong for its team of 300 officers.

What this looks like in practice: An officer responds to a call involving a person they know named Suzanne. They might remember that normally if they ask her about Suzanne’s dog it calms her down, but today it makes her upset. Rather than assuming that her agitated behavior is coming out of the blue, the responding officer could address concerns around Suzanne’s dog and help de-escalate the situation.

In another example, an officer responds to someone on the street who they perceive to be yelling and agitated. Checking contextual information in RideAlong could clarify that an individual just speaks loudly because they are hard of hearing, not in crisis. If someone is actually agitated and drawing helps them calm down, RideAlong will note that.

“RideAlong visualizes that data, so when somebody is using the app they can see, ‘okay this person has 50 contacts, they’ve been depressed, sad, crying,’” Nelson said. “Cops are really good at seeing behavior and describing behavior so that’s what we’re asking of them.” 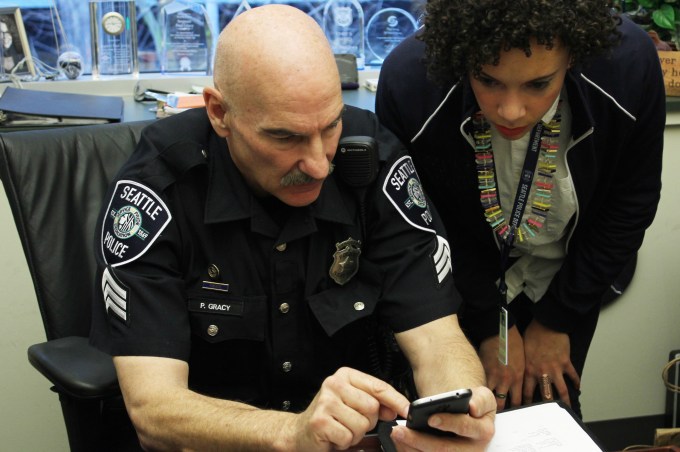 The idea is that making personalized data like this easy to see can reduce the use of force in the field, calm someone down and open the door to connecting them to social services and any existing support network.

“I’ve known all along that we’ve got incredible data, but it’s not getting out to the people on the streets,” said Maria X. Martinez, director of Whole Person Care at San Francisco Department of Public Health. RideAlong worked directly with her department’s street medicine team on a pilot program that gave clinicians access to key data while providing medical care in to the city’s homeless population.

Traditionally, street medicine workers go do their work in the field and return to look up the records for the people with whom they interacted. Now, those processes are combined and 15 different sets of relevant data gets pulled together and presented in the field, where workers can add to and annotate it. “It’s one thing to tell people to come back and enter their data… you sort of hope that that does happen,” Martinez said. With RideAlong, “you’ve already done both things: documented and given them the info.”

The small team at RideAlong began when the co-founders met during a Code for America fellowship in 2016. They built the app in 2016 under the banner of a data-driven justice program during the Obama administration. Interest was immediate. The next year, Nammacher and Hitchcock spun the project out into its own company, became part of Y Combinator’s summer batch of startups and by July they launched a pilot program with the entire Seattle police department. 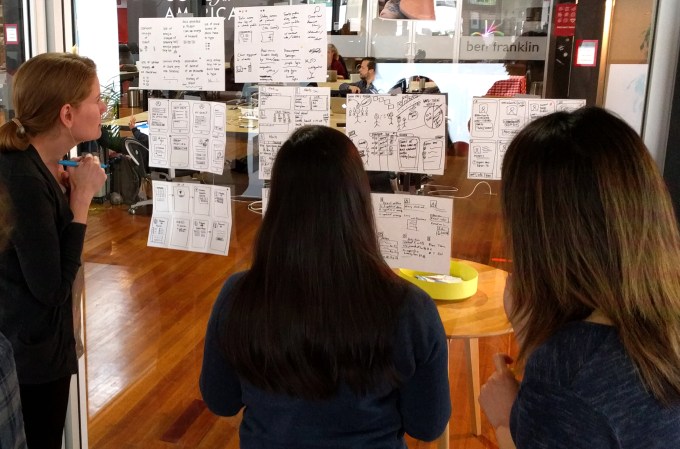 Neither co-founder planned on starting a company, but they were inspired by what they describe as a “real-time information gap” between people experiencing mental health crises and the people dispatched to help them and the level of interest from “agencies across the country, big and small” who wanted to buy their product.

“There’s been more of a push recently for quantitative data to be a more central force for decision making,” Nammacher said. The agencies RideAlong has worked with so far like how user-friendly the software is and how it surfaces the data they already collect to make it more useful.

“At the end of the day, our users are both the city staff member and the person that they’re serving. We see them as equally valid and important.”