Patreon is forming a patronage empire. Today it acquired white-labeled subscription membership platform Memberful, which lets creators sell exclusive access to content through their own site instead of a centralized platform like Patreon. Rather than being folded into a Patreon feature, Memberful will run as an independent brand, maintaining its tiered pricing structure, though new sign-ups will get a rate closer to Patreon’s low 5 percent rake.

Terms weren’t disclosed for the deal that brings Memberful’s whole seven-person team and 500 paying clients aboard. But Patreon clearly sees rolling up competitors and complements in the patronage space as a worthy use of its $60 million raise at a $450 million valuation late last year that brought it to $105 million in funding. In June, Patreon bought Kit to let creators bundle in merchandise with their perks for paying monthly subscribers. It also bought out competitor Subbable back in 2015. 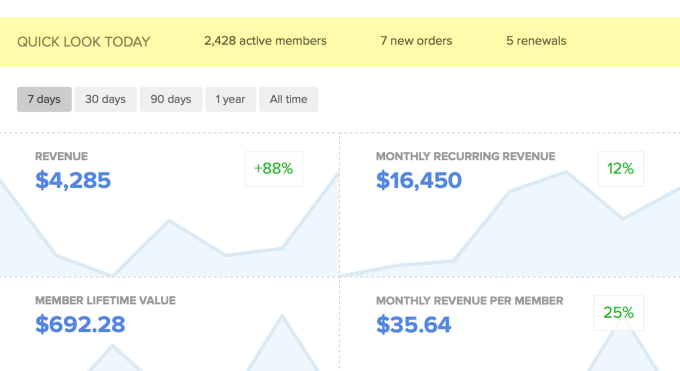 By teaming up, Patreon and Memberful will be able to provide subscription patronage services for creators, whether they want their fan community to live on Patreon, or through Memberful on their own WordPress or website with integrations of Stripe and MailChimp. Patreon already has 2 million patrons paying an average of $12 each to a total of 100,000 creators, and it expects to pay out $300 million in 2018 alone. The acquisition could let Patreon move up market, recruiting comedians, illustrators, game developers and vloggers that already have an established audience elsewhere.

“I think membership is on the up and is going to grow for the next decade,” says Patreon VP of Product Wyatt Jenkins. “Our strategy is to be an open, neutral platform,” as opposed to focusing on one type of content like YouTube with videos or Twitch with streaming where you’re locked into that platform’s tools. Memberful, launched in 2013, has bootstrapped the creation of its white-labeled tools without the need for venture funding. 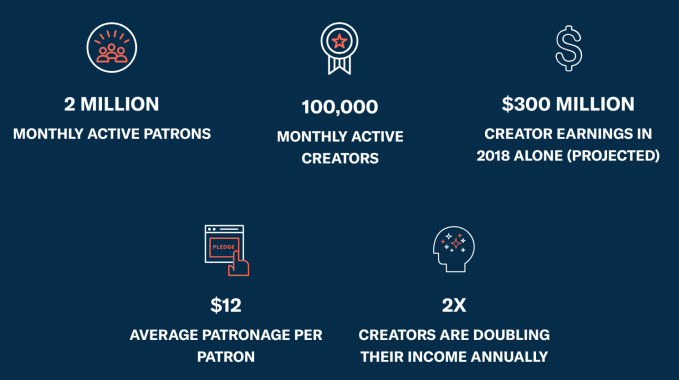 Memberful gives creators like Stratechery’s Ben Thompson (who has an interview with Patreon CEO Jack Conte about the acquisition) and podcast producer Gimlet Media full control over branding, with no Patreon chrome. But it’s more expensive and also requires more work as creators have to manage their own site, customer service and payment processing. Memberful takes a 10 percent cut with no monthly fee for its limited basic tier, or $25 per month plus 4.9 percent for the full-featured pro version, though it also offers enterprise pricing. That pricing will remain for existing users, but “new customers will see a transaction fee closer to Patreon’s,” which is a flat 5 percent, a Patreon spokesperson tells me. Patreon does basically everything for a creator, but it also ropes them into the Patreon-branded ecosystem that also promotes other content makers.

Sometimes Patreon handling everything can be a problem, though. Last week it experienced a higher-than-normal volume of declines from banks of charges to patrons. That left some creators without their expected income, and required patrons to deal with the chore of calling their bank to tell them paying $1, $5 or $20 per month to their favorite creator wasn’t fraud. Patreon now tells me that “as of Friday, we let everyone know that we were back to normal decline rates, and were going to continue retrying the rest of the cards like we normally do.” 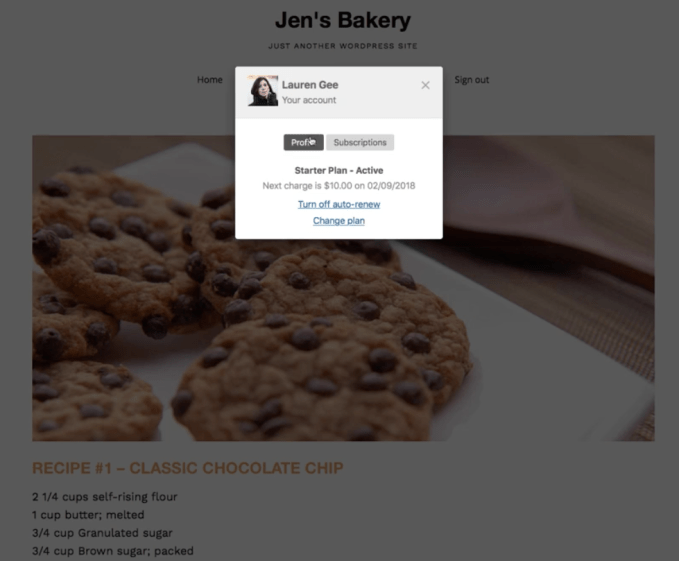 It makes sense for Patreon to race to consolidate the patronage industry as it’s being invaded by giant incumbents. Twitch, YouTube and Facebook all offer their own versions of paid subscriptions to creators that get patrons extra perks like exclusive content or badges so they stick out in chat rooms full of fans. While those platforms are all focused on video streamers, they still pose a threat to Patreon, which needs to maximize the number of successful creators it hosts in order to earn enough from its tiny cut of payments. Facebook especially could muscle in, as many creators already run their own Facebook Pages.

Asked about competition from those platforms, Jenkins said, “I think there’s a strong chance it’s a tailwind. The concept of membership is pretty new. If those big companies are going to drop millions of dollars into marketing the concept of membership I think that’s great.” He stressed the question of “Do you want to own your fan base? On YouTube, those aren’t your fans, they’re YouTube users. YouTube is incentivized to keep them watching videos so it can show ads.”

That might lead fans to unsubscribe from a creator as YouTube promotes other similar ones they could watch instead. “You don’t own the relationship.” Facebook Page admins have found that out the hard way as algorithm changes prioritize friends over public figures, making it tough to reach the followers they spent years begging to like them. If Patreon can offer creators audience growth through discovery on its interconnected network without cannibalizing anyone’s member counts, its neutrality and focus could make it a leader in this new wing of the digital economy.