Slack — the app that lets coworkers and others in professional circles chat with each other and call in data from hundreds of integrated apps in the name of getting more work done (or at least procrastinating in an entertaining way) — has been on a growth tear in the last few years, most recently passing 8 million daily active users, 3 million of them paying. Now, the company is planning to capitalise on that with some more funding.

TechCrunch has learned that Slack is raising another round, this time in the region of $400 million or possibly more, with a post-money valuation of at least $7 billion — adding a whopping $2 billion on top of the company’s last valuation in September 2017, when SoftBank led a $250 million round at a $5.1 billion valuation.

We’ve heard from multiple sources that a new investor, General Atlantic, is leading this round, with possibly another new backer, Dragoneer, also in the mix. It’s not clear which other investors might be involved; the company counts no less than 41 other backers on its cap table already, according to PitchBook. (You might even say Several People Are Funding…) We also don’t know whether this round has closed. 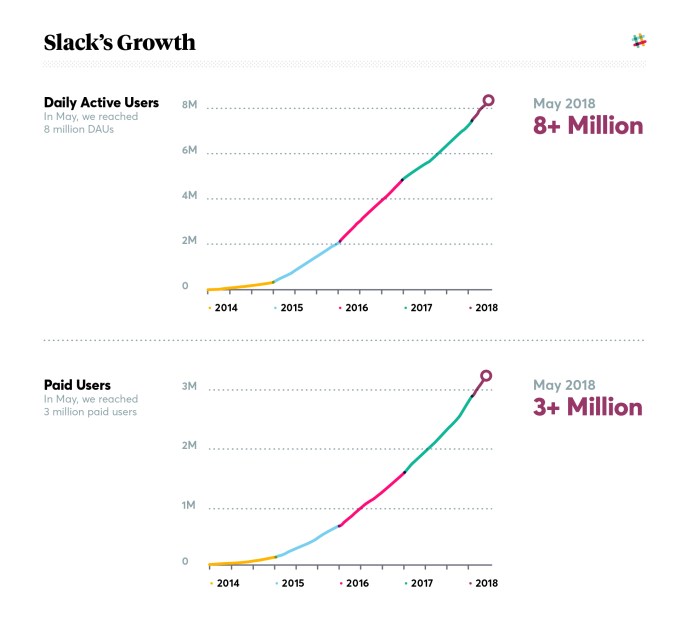 At $400 million, this would make it Slack’s biggest round to date. That size underscores a few different things.

First, it points to the existing opportunity in enterprise messaging. Consumerisation has taken hold, and apps that let users easily start and carry on a mix of serious and diverting conversations, infused with GIFs or whatever data they might need from other applications, are vying to replace other ways that people communicate in the workplace, such as email, phone conferences and in-person chats, even when people are in the same vicinity as each other. With consumer messaging apps like WhatsApp topping 1.5 billion users, there’s plenty of room for enterprise messaging to grow.

Second, the round and valuation emphasize Slack’s position as a leader in this area. While there were other enterprise social networking apps in existence before Slack first launched in 2013 — Yammer, Hipchat and Socialcast among them — nothing had struck a chord quite as Slack did. “Things have been going crazy”, was how co-founder and CEO Stewart Butterfield described it to me when Slack exited beta: teams trialling it were seeing usage from “every single team member, every day.”

That growth pace has continued. Today, the company counts 70,000 paid teams including Capital One, eBay, IBM, 21st Century Fox, and 65 percent of Fortune 100 companies among its bigger users; and with customers in 100 countries, half of its DAUs are outside North America (UK, Japan, Germany, France and India are its biggest international markets).

But thirdly — and this could be key when considering how this funding will be used — Slack is not the only game in town.

Software giant Microsoft has launched Teams, and social networking behemoth Facebook has Workplace. Using their respective dominance in enterprise software and social mechanics, these two have stolen a march on picking up some key customer wins among businesses that have opted for products that are more natural fits with what their employees were already using. Microsoft reported 200,000 paying organizations earlier this year, and Facebook has snagged some very large customers like Walmart.

Slack’s bottom-up distribution strategy could give it an edge against these larger companies and their broader but more complex products. The lightweight nature of Slack’s messaging-first approach allows it more easily be inserted into a company’s office stack. Nearly every type of employee needs office messaging, creating the potential for Slack to serve as an identity layer for enterprise software, not to mention the platform where not only people, but the information that exists in separate apps, converges. Its own Slack Fund invests in potential companies that plug in, as the company hopes to build an ecosystem of partners that can fill in missing functionality. 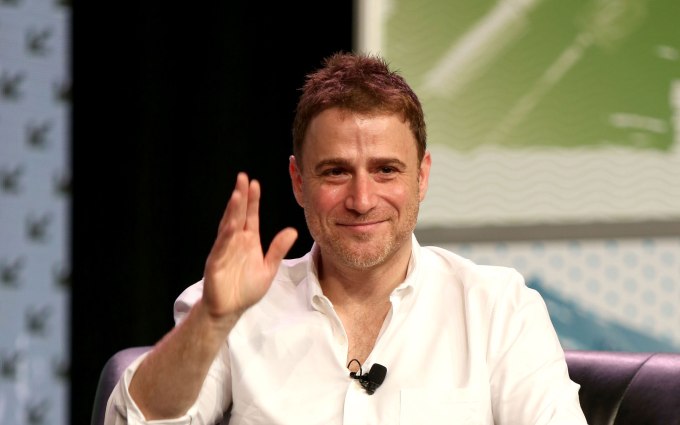 Alongside dozens of other, smaller rivals offering comparative mixes of tools, it’s no surprise that last month Slack tightened up its bootlaces to take on the role of consolidator, snapping up IP and shutting down Hipchat and Stride from Atlassian, with the latter taking a stake in Slack as part of the deal.

Slack, which has a relatively modest 1,000+ employees, has ruled out an IPO this year, so this latest round will help it shore up cash in the meantime to continue growing, and competing.

Contacted for this story, Slack said that it does not comment on rumors or speculation.