Snap Inc. got a fresh infusion of cash from the Saudi royal family to help it survive despite losing $353 million this quarter. Prince Al-Waleed Talal tweeted a video of him and Snap CEO Evan Spiegel, noting that he’s invested $250 million in exchange for a 2.3 percent stake in Snap Inc. The investment raises questions about what say the Saudis will have in Snapchat’s direction.

The press release details that Al-Waleed bought shares at around $11 each, well below the $13.10 price shares closed at before earnings were released. That means he bought at a valuation around $14 billion, below the $17 billion market cap before earnings dragged down the price to around $15.7 billion. [Correction: Al-Waleed bought at a roughly $14 billion valuation, not $10.8 billion as we originally reported. Snap also tells me that Talal’s purchase of Snap shares was done on the open market for Class A common-stock with no voting rights, so the Saudis will not have direct influence on company decisions.]

I invested $250 Million to acquire 2.3% stake in @Snapchat companyhttps://t.co/bdAMGVw3DI pic.twitter.com/jBIiAfqy7t

Snap declined to comment on the news. But after an initial 11 percent pop after earnings was announced, Snap shares sank to just below the closing price as the user shrinkage and Saudi investment sank in.

Al-Waleed Talal has previously buddied up to the U.S. tech sector, investing in Lyft and Twitter. Elsewhere, he’s recently made investments in European streaming music service Deezer, as well as Chinese e-commerce giant JD.com. He previously owned shares of News Corp. and Citigroup. 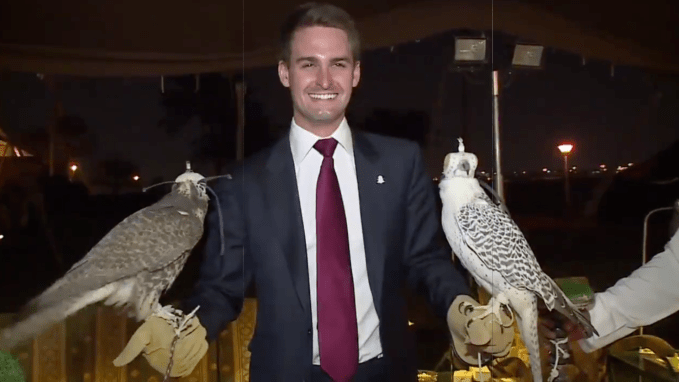 The prince had sat down with Snapchat CEO Evan Spiegel and COO Imran Khan back in 2015 to discuss a possible investment, but nothing came of it until now. The Arabic press release explains that the deal was done on May 25th. “Our investment in Snapchat is an extension of our strategy for personal investment in new technology through leading companies such as Lyft, JD.com, and social networking sites, Twitter,” the release explains. “Snapchat is one of the most innovative social networking platforms in the world and we believe it is just beginning to surpass its true potential.”

Snap could be looking for more allies abroad as it’s seen weak international growth after years of neglecting the developing world and its Android app’s performance. While the Rest of World region is typically a source of growth for social networks, Snap actually shrank by 1 million daily active users there. The one truly bright point of its earnings report was a 65 percent quarter-over-quarter boost in average revenue per user in the Rest of World, reaching $0.96. The Saudi royal family’s involvement could potentially pave the way for partnerships or growth opportunities in the Middle East at a time when Snap needs whatever help it can get.

The extra cash will extend Snapchat’s runway and give it more time to stabilize its business. With its daily user count now shrinking, it will have to find creative ways to squeeze more cash out of those that remain to keep revenue growing. That may take time, and Saudi Arabia just gave it more.

Snapchat shrinks by 3M users to 188M despite strong Q2