Evolute, a 3-year old startup out of Mountain View, officially launched the Evolute platform today with the goal of helping large organizations migrate applications to containers and manage those containers at scale.

Evolute founder and CEO Kristopher Francisco says he wants to give all Fortune 500 companies access to the same technology that big companies like Apple and Google enjoy because of their size and scale.

While there are a number of sophisticated competing technologies out there, he says that his company has come up with some serious differentiators. For starters, getting legacy tech into containers has proven a time-consuming and challenging process. In fact, he says manually moving a legacy app and all its dependencies to a container has typically taken 3-6 months per application.

He claims his company has reduced that process to minutes, putting containerization within reach of just about any large organization that wants to move their existing applications to container technology, while reducing the total ramp-up time to convert a portfolio of existing applications from years to a couple of weeks. 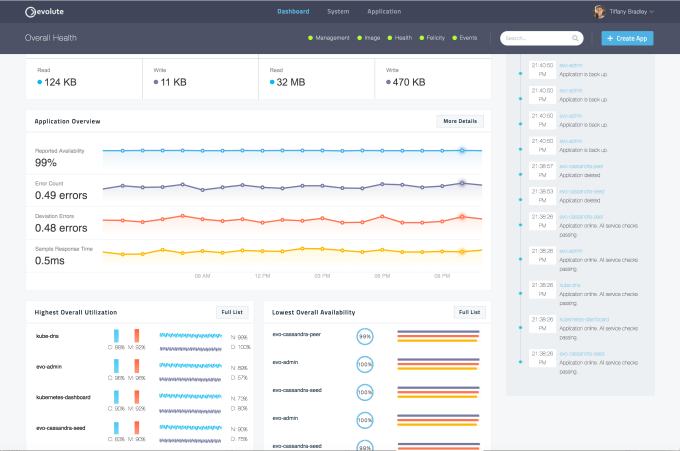 The second part of the equation is managing the containers, and Francisco acknowledges that there are other platforms out there for running containers in production including Kubernetes, the open source container orchestration tool, but he says his company’s ability to manage containers at scale separates him from the pack.

“In the enterprise, the reason that you see the [containerization] adoption numbers being so low is partially because of the scale challenge they face. In the Evolute platform, we actually provide them the native networking, security and management capabilities to be able to run at scale,” he said.

The company also announced that it been invited to join the Chevron Technology Ventures’ Catalyst Program, which provides support for early stage companies like Evolute. This could help push Evolute to business units inside Chevron looking to move into containerization technology and be big boost for the startup.

The company has been around in since 2015 and boasts several other Fortune 500 companies beyond Chevron as customers, although it is not in a position to name them publicly just yet. The company has 5 full time employees and has raised $500,000 in seed money across two rounds, according to data on Crunchbase.