Early in 2017, Google added a feature to Google Maps that lets you opt to share your location in (near) real time with your close friends and family. Now they’re fleshing out that info with another important little detail: your phone’s remaining battery charge. 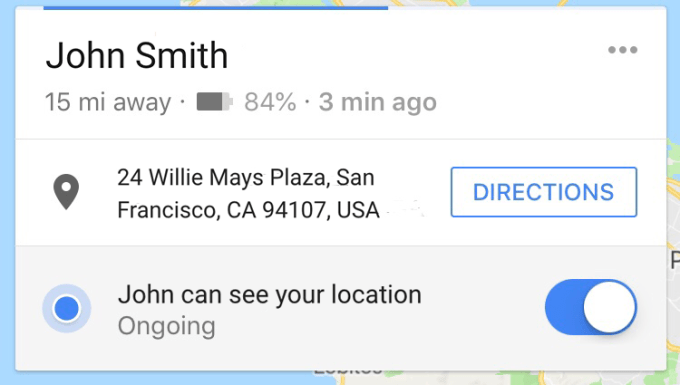 Wondering why anyone might care about the status of your battery?

If you try to ping someone’s location and their phone is dead, there’s not much an app can do. Most location-sharing apps will just sit there and spin while they wait for some sort of response, leaving you to worry about all the reasons their phone might not be responding with a current location. Did they lose signal? Did someone steal their phone?

By clueing you in on whether someone’s phone is just about to die, you’ve at least got a better idea as to what’s going on when the updates go silent.

The folks over at AndroidPolice spotted this in a Google Maps APK teardown back in February, so we knew it was on the way. A few people have mentioned seeing it pop up on their devices since (including variations that only showed when the battery was low), but today it seems to have gone live for a much larger audience.

While the feature is clever, Google isn’t the first to think of it. For example: Zenly, the social map app acquired by Snapchat last year, had a similar feature at launch back in 2016.