When it comes to measuring your fitness progress, there’s only so much your weight scale can tell you, actually there’s only one thing it can convey. That one metric hardly encapsulates all of the successes that active people are looking to achieve.

Naked Labs believes that body shape is a more important thing to measure and they’ve begun shipping their body-scanning mirror that builds a 3D model of users and alerts them where progress is being made and where there’s potential for more work to be done.

The startup also announced today that it has raised a $14 million Series A led by Founders Fund. Also participating were NEA, Lumia Capital, Venture 51, Seabed VC, among others.

The company began taking pre-orders last year for its $1,395 Naked 3D Fitness Tracker. It’s already started shipping out those orders and by next quarter the startup hopes to have the devices generally available. The device consists of two parts, a scale that houses sensors and a computer and the weight scale which spins you around so that the stationary mirror can grab a body scan of a user in about 15 seconds.

Soon after, you’ll get your body fat percent, lean mass and fat mass, circumferences, as well as side-by-side comparisons with earlier scans and some graphs that showcase historical data. 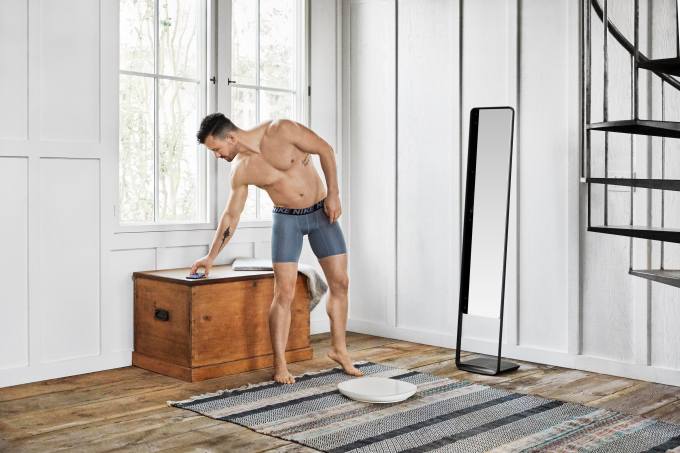 Part of what makes this device so pricy is that the Naked 3D Fitness Tracker packs some pretty serious internals for a freaking mirror. The device has an Intel x86 processor, RAM, 4GB DDR4 RAM, and a 64GB SSD. All of this is so that the device can stitch the imagery it’s taking into an easy model that it can then beam directly to your phone from the device, meaning that depth data of your body isn’t being uploaded to the cloud and is being handled on-device.

On the privacy front there are certainly some real concerns about having a mirror stocked with sensors that scans your naked body. For its part, Naked Labs seems to have made some significant choices to minimize some of these concerns. For starters the mirror doesn’t even have RGB cameras, relying entirely on Intel RealSense depth sensors instead. As a result, what the app ends up getting looks more like a TSA body scan image rather than a 3D avatar. 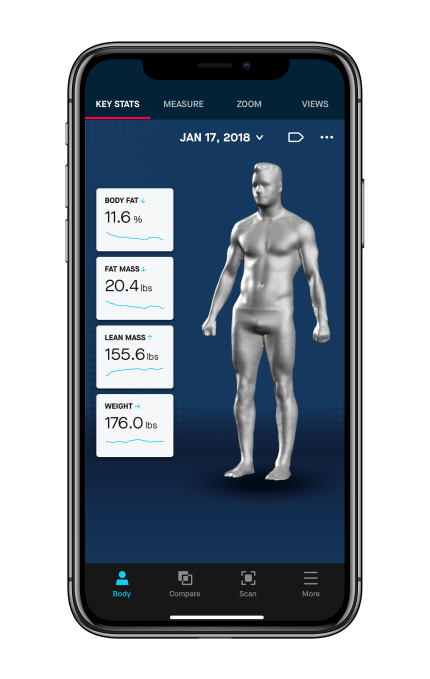 “We have to have a certain amount of trust when we look in the mirror,” Founders Fund Partner Cyan Banister said in a statement. “Naked Labs takes what could be a scary body scan image and turns it into an avatar – like Marvel’s Silver Surfer. This creates a different relationship between people and their body – a more objective one because it takes the emotion out of it.”

Ultimately, the company is in the business of 3D body scanning. Peloton has certainly shown that people are willing to invest significantly in exercise hardware for their homes, but there are a lot of applications outside of fitness which I would imagine is where a lot of these investors’ interests really lay. Having an accurate body model has a lot of applications for helping consumers pick out items that fit their body and style more.

At $1,395 this isn’t the most accessible device to the everyday exerciser, but Naked Labs seems to realize that and it hoping to take some of this funding to scale manufacturing, hire new people and continue working on developing new products.