Flying cars are BS. But there is actually a chance that we’re on the cusp of a revolution in general aviation as startups and major players like Airbus are looking to modern technology to allow more people to take flight without having to first learn how to steer a Cessna 152 down a short runway (though that’s a good skill to have, too). Boeing, which is not currently a player in general aviation, clearly doesn’t want to be left behind. The company today announced that it is opening a new R&D office in Boston that will focus on designing, building and flying autonomous aircraft. 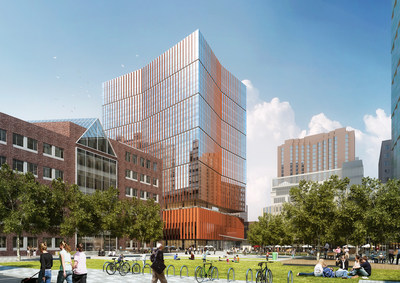 The new office will be staffed by Boeing engineers and employees of its Aurora Flight Sciences subsidiary, which it acquired last year. Unsurprisingly, the company also plans to work with the boffins at MIT, which is the landlord of the company’s new offices in Kendall Square.

“Boeing is leading the development of new autonomous vehicles and future transportation systems that will bring flight closer to home,” said Greg Hyslop, Boeing’s chief technology officer, in today’s announcement. “By investing in this new research facility, we are creating a hub where our engineers can collaborate with other Boeing engineers and research partners around the world and leverage the Cambridge innovation ecosystem.”

There’s obviously plenty left to be figured out with regards to autonomous flights — or even just giving people access to semi-autonomous aircraft that would fall under the FAA’s ultralight designation so that the pilot wouldn’t need a pilot’s license.

Right now, the rules are pretty clear about what’s possible and what isn’t — and most ideas around “urban air transportation” (at least in the U.S.) aren’t feasible under today’s rules. But those rules were written for an aviation system that handles fewer than 250,000 small general-aviation aircraft, most of which feature very little in terms of automation. The FAA has shown some ability to act relatively fast when new technology comes along (see: drone regulations), so maybe that’ll be the case here, too. By 2020, the average Cessna you see puttering about in the sky above you will be close to 50 years old — but who knows, maybe we’ll see sleek electrified personal Boeing drones zooming 500 feet above our heads instead.