You probably never think about the Google Clock app on your Android phone. And unless you are one of those happy early risers, it’s not exactly an app that brings you joy. But every day, it wakes you right on time, with either some annoying chirps or other sounds that, over time, will stress you out. But stress no more. Google today launched an update to the Clock app that now lets you choose any song or playlist from Spotify to wake you up.

This works for any Android phone running Android 5.0 (Lollipop and up) and you don’t even need a premium Spotify account to use it. A free one will do just fine. This new feature will roll out globally over the course of this week. So if everything goes to plan, you’ll be able to wake up to the soothing sounds of your favorite metal band by next Monday, if not before.

Now, you may think that it’s a bit weird that Google is using Spotify here. Doesn’t the company have its own music service? Or maybe even two, in the form of Google Play Music and YouTube Music? And, of course, you would be correct, because it’s a bit odd to see that Google is supporting a competitor here. But then, Google’s plans for its music services feel about as coherent as those for its messaging services (remember Allo?). 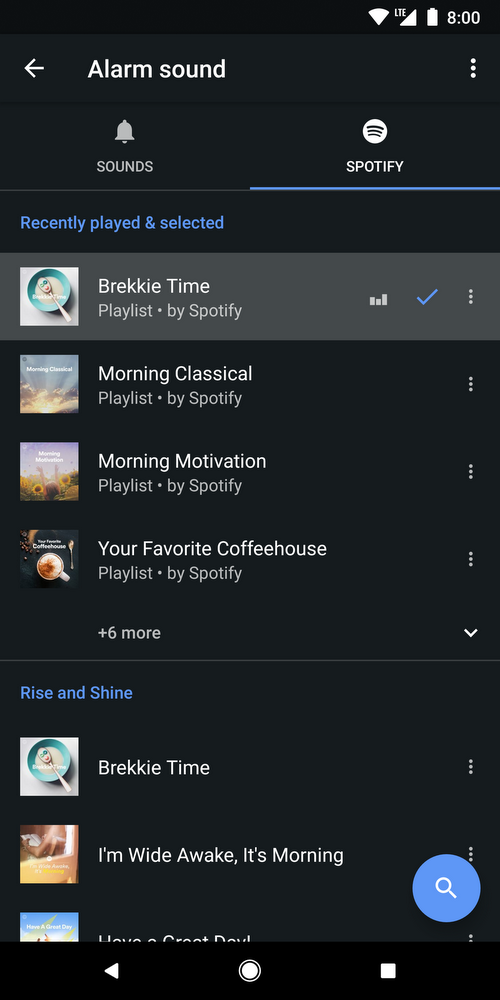