Serverless, Inc came to the serverless game early, creating an open source framework for developers back in 2015. Today, they want to build on that earlier product to give developers more control over deployment and delivery of serverless applications. To that end, they announced a $10 million Series A round led by Lightspeed Ventures. They have now raised a total of $13 million, according to the company.

The company also announced the release of the Serverless Platform, which include the Serverless Framework, Serverless Dashboard and Serverless Gateway. The Framework lets developers set up their serverless code across different cloud platforms and set conditions on the deployment such as function rules and infrastructure dependencies. The dashboard gives visibility and information about the deployment, so that you can track and trace serverless functions over time, regardless of the cloud platform you’re using. 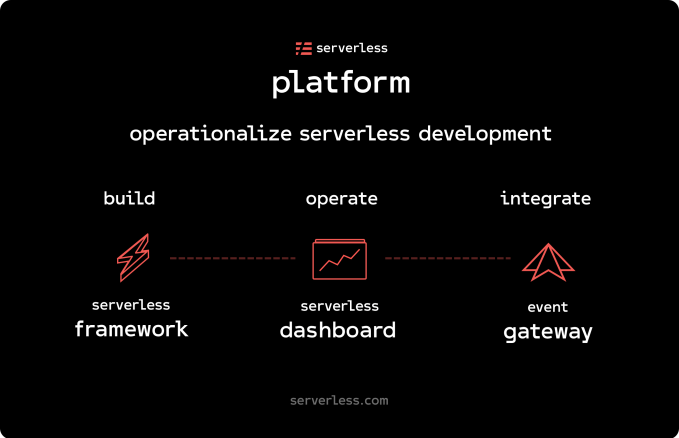 The gateway provides a method to pull in legacy tools into a serverless approach. As the company describes it, “The Serverless Gateway allows businesses to easily integrate serverless into their existing mesh of services, including containers, SaaS or other legacy systems. The Event Gateway, along with serverless compute, gives organizations a powerful way to react to all of their business events with code.”

Company founder and CEO Austen Collins says that as companies shift to a serverless-first mindset, we’re going to see a lower cost to build and deploy applications, but that is going to take some tooling to really work across a team or large organization, tooling his company wants to provide.

With serverless, developers no longer have to worry about the infrastructure required to run their applications. Instead, they create functions that trigger events and the cloud vendor takes care of deploying the necessary compute, memory and storage to run that event.

It offers a number of advantages including eliminating the need to worry about deploying the appropriate infrastructure and only paying for the infrastructure you use each time your function triggers a given event. This is in stark contrast to the traditional approach to development where you deploy a server for your application and pay for it 24/7 whether it happens to be in use or not.

While this approach undoubtedly has the potential to remove some of the complexity associated with developing and deploying applications, it doesn’t remove all of the requirements developers have to deploy and manage their code according to a set of defined policies. The kind of tool set Serverless Inc is offering provides some additional control and insight developers could be lacking with such a new approach.

The company launched in 2015 and currently has 22 employees in a distributed office approach. Their main office is in San Francisco. Customers include EA Sports, Nordstrom, Reuters and Coca-Cola. The new money should allow them to expand and build out the platform further.