Google has hired Richard Marks, Sony’s Magic Lab head who was behind much of the company’s VR efforts, to a position in its Advanced Technology and Projects group, VentureBeat reports.

Google confirmed the hire to TechCrunch, sending along a statement from ATAP head Dan Kaufman. “ATAP is at the intersection of science and application where our goal is to solve significant problems and close the gap between what if and what is. We’re super excited about Richard joining the senior team and look forward to his contributions.”

According to LinkedIn, Marks spent the last 19 years at Sony, including time as a research fellow while getting his doctorate at Stanford. Marks has been the public face of Sony’s virtual reality efforts throughout the development of the company’s virtual reality tech, but has also worked on some of the computer vision tech behind other PlayStation products.

The Magic Lab, which Marks ran, was devoted to researching gaming technologies for future generation hardware and software. One of the big projects to emerge from the group was called “Project Morpheus,” a precursor for what would later be called PlayStation VR. 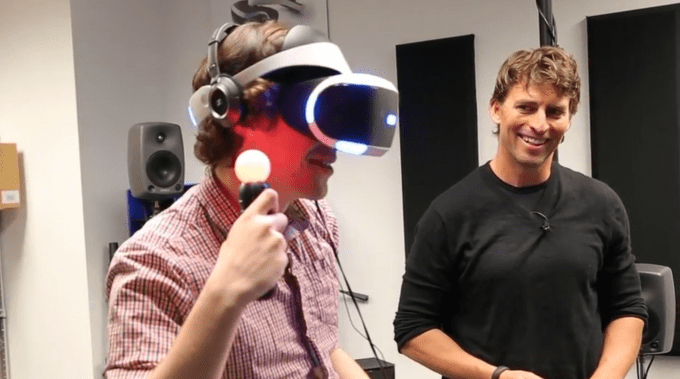 While Sony was quick to express an interest in virtual reality technologies and publicly debut its experiments with PS VR years before its 2016 launch, the technology platform has been facing an uncertain future as headset sales have failed to meet expectations.

The PlayStation VR headset debuted as a cheaper alternative to headsets from Oculus and HTC that debuted at prices that were hundreds of dollars more expensive, but after aggressive price slashing from Oculus moved hardware margins downwards across the board, the console maker seems to have had a tougher time distinguishing its efforts. Also, while it had appeared that Sony’s efforts were arriving ahead of a current-generation Xbox VR play, the company announced that it would not be pursuing a virtual reality headset for the Xbox One X, though that was initially a selling point of the more powerful system.

It’s unclear where exactly Marks will be directing his attention at Google within ATAP, though the company certainly has plenty of efforts in the AR/VR and gaming spaces that would benefit from his experience.