Urinary tract infections are highly uncomfortable and distracting, and they are very common for women because of the female anatomy. In fact, according to the Mayo Clinic, many women experience more than one infection during their lifetimes.

Many of the afflicted try resolving the infection on their own — using heating pads, drinking more water, taking pain medications. But often, these infections become quickly more advanced, a doctor is called, an in-patient visit is made, and the whole terrible episode is only ended after a trip to the pharmacy for some antibiotics.

Until now, at least.

A young San Francisco-based startup called Scanwell Health just this week began selling directly to consumers the first and, for now, the only FDA-cleared urine testing app that allows someone to test their urine at home using a paper test strip and a camera phone. (Its app uses sophisticated color metrics to analyze the strip and determine what’s what.)

The kits are just $5. A call to Scanwell to confirm the results — it relies on outside physicians — will cost another $25. But that prescription service will also call in an order for antibiotics immediately if there’s an infection. (Users can also order the antibiotics, but it takes a couple of days for them to arrive.)

The startup — which has so far raised just $120,000 from Y Combinator — was founded by Stephen Chen, a Harvard MBA who has the kind of backstory that makes investors slobber. 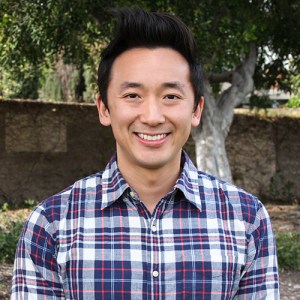 Right out of school, he joined Teco Diagnostics, a now 33-year-old maker of in-vitro diagnostics and medical devices, first as an R&D manager and later as a GM. Using what he’d learned there, he left Teco in 2013 to create a separate company, Petnostics, which makes a urine test for pets that can help identify a range of issues, from diabetes to kidney stones to bacterial infections. He even pitched the company on the show “Shark Tank,” which was hosting open tryouts within distance of his home a couple of years ago, and he landed $300,000 in exchange for 20 percent of the company.

While the exposure was great, the terms were not, suggests Chen, who says he ultimately didn’t take the money. He didn’t need to, apparently. Petnostics is still a going concern and it has generated enough revenue to support the development of Scanwell, which Chen says was always part of his master plan. In fact, Chen started the FDA approval for Scanwell nearly three years ago. The reason: UTI testing for humans is a much bigger market, especially when factoring in the billions of dollars that are wasted on emergency room trips for UTIs each year. Though hard to fathom, a visit to the ER for the condition can cost a stunning $2,600.

What happens from now depends on how effectively Scanwell reaches its target market, but so far, it seems, so good.

Though the direct-to-consumer service will take some time (different states have different regulations around over-the-phone prescription services), people in California and select other states can use the service today. In the meantime, Scanwell is making its kits available on as many college campuses as possible, given UTIs tend to be prevalent at schools because students are sexually active.

The company is also looking to work more closely with insurance companies, arguing it can help them improve their own quality ratings by using Scanwell kits to reduce Medicare and other insurance payouts.

Not last, the four-person team is already working on other urine-based tests, including a test that identifies chronic kidney disease, and another test for cardiovascular diseases.

Says Chen, “Paper tests are so cheap. They can reach people through the mail. It’s kind of like when AOL used to send out a bunch of discs. We can work with health providers to work with their patient populations and reach them more effectively through home tests.”

Hopefully, they’ll agree with Chen. Certainly, as he notes, home access to diagnostics is “long overdue.”