For many people, their workplaces become like a second family. More companies are recognizing this with better benefits such as longer family leave and wellness programs. But when an employee needs to take a break or is going through a hard time, they can feel alienated–sometimes enough to seek a new job. MentalHappy wants to help them stay connected to their companies with care packages, called Cheerboxes, designed for people experiencing a major life event. Founded in 2016 by CEO Tamar Lucien and CTO Kwame Ampem, the San Jose-based startup is currently participating in Y Combinator’s accelerator program.

Cheerboxes help signal that employers care about their workforce’s mental health and also fill a gap in the “corporate wellness” space. Even though companies can now offer a wide range of benefits ranging from meditation apps to better insurance plans, there still aren’t a lot of ways for them to express interest in employees when they take time off. Customized for a wide range of life events, from positive ones like the arrival of a new baby to difficult experiences such as bereavement or illness, Cheerboxes are filled with tools for self-care, including journals and healthy snacks.

So far, MentalHappy has sent more than 10,000 Cheerboxes. The startup makes it simple for companies to personalize packages, no matter how many employees they have, and has handled orders of up to 500 Cheerboxes at a time.

Before becoming an entrepreneur, Lucien worked in human resources and managed more than 200 field employees. Cheerboxes were inspired by her own experiences with depression and the emotional tolls of entrepreneurship, which she says many founders are reluctant to talk about until they have achieved success. To cope, Lucien began practicing positive psychology and mindfulness techniques.

“I wished I could share everything I learned about easing anxiety and panic attacks. I told my co-founder and CTO that if I could put everything into a box, so someone else could take care of themselves through the journey and not just at the end when things are fine, I would want to do that,” Lucien tells TechCrunch. “And he was like, what would you call it?” 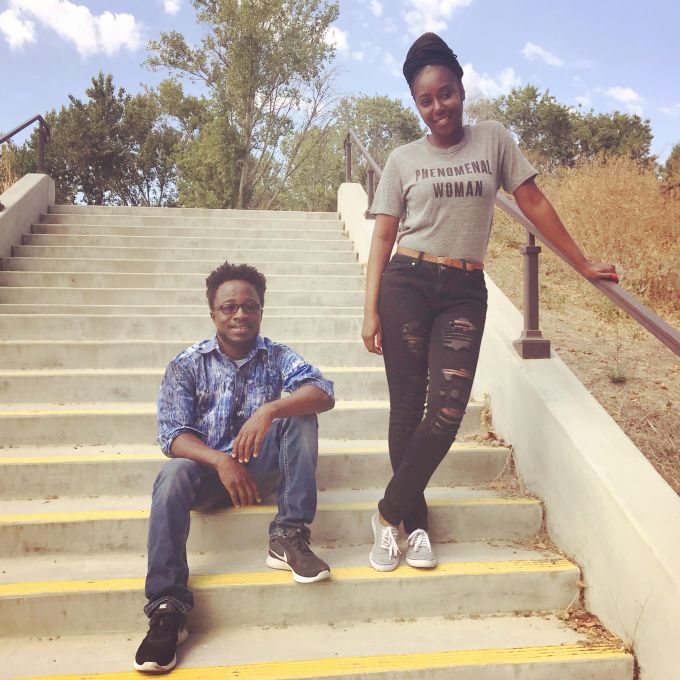 At the beginning, MentalHappy sold Cheerboxes to consumers, but then they noticed many of their buyers were taking the boxes to work. Employers wanted to purchase them as a benefit, while employees sent them to clients, colleagues or remote workers.

MentalHappy began focusing on enterprise customers, enabling them to purchase customized boxes frequently or in bulk. They realized that even though companies were providing more innovative benefits to attract employees, they still fell back on bouquets or fruit baskets when workers went through a hard time.

Cheerboxes, on the other hand, include items based on positive psychology practices. MentalHappy’s founders say they look for items that are unique and not easily found on sites like Amazon. These may include simple games to distract people from anxiety and give them an alternative to staring at their phones, bracelets with positive affirmations, essential oils to aid with sleep or relaxation, “open when” envelopes with supportive notes to help recipients through particularly low points, and bite-sized snacks, since Lucien says many people lose their appetite when they are sad.

For recipients experiencing specific issues, like injury or trauma, the packages also include self-care guides MentalHappy created with psychologists.

“In the beginning, customers used to tell us this person is going through a hard time and they didn’t know what to say. So we reached out through our networks and found people who are really great with learning and motivational things,” Lucien says. “Some customers want to include a small note, so we allow them to circulate a link throughout their organization to include personalized notes in a Cheerbox.”

MentalHappy has worked with many large tech companies, which Lucien describes as “by far the most open to sending happiness to employees as part of their cultural mission and as an employee benefit,” as well as schools and non-profits. Its client list includes SAP Concur, Gusto, Silicon Valley Bank, Pepperdine University, Exclusive Resorts, Cura HR and UCSF Benioff Children’s Hospital.

Even though many of MentalHappy’s users are human resources and employee engagement managers, the majority of Cheerboxes are still ordered by coworkers for each other.

“Many of the school districts we work with are gifting them to teachers and at hospitals, we see them gifted to doctors or nurses, especially people who work in some of the harder areas like neonatal care or intensive care,” says says Lucien. Companies have also given Cheerboxes to people in areas affected by a natural disaster or tragedy. For example, some of MentalHappy’s clients sent Cheerboxes to employees in Texas after Hurricane Harvey and Las Vegas after the October 2017 mass shooting.

Though it’s clear how MentalHappy can boost morale, it might be a little less obvious how it’s a tech company. Ampem explains that data is key to creating Cheerboxes at scale, while making sure they still have a personal touch. MentalHappy’s clients get access to a dashboard to manage orders, see when sending Cheerboxes would be the most beneficial and gather information about recipients to customize their packages. The company also provides its corporate customers with a unique subdomain, so anyone in the company can send a Cheerbox.

“We really want companies to have that visibility and make it part of their culture to access this resource, especially when it comes to benefit programs they already offer,” says Ampem.