Ebay announced this morning it will begin accepting Apple Pay on its marketplace starting this fall, and has also teamed up with Square Capital on seller financing. The changes come following eBay’s further distancing from longtime partner PayPal, which included the company’s switch to Adyen as its primary payments processing partner, announced earlier this year.

At the time, eBay said PayPal would continue to be an option at checkout, but Adyen would become the default over time.

Now eBay is adding one more option to the mix with support for Apple Pay – something the company refers to as “the first step” in offering its tens of millions of buyers more choice in terms of their payment options. eBay’s statements indicate Apple Pay is one of several options still to come, as it’s referred to as being “among the first forms of payment” the marketplace has planned.

The Apple Pay rollout will begin this fall in the U.S. on a limited scale, allowing buyers to purchase using Apple Pay in iOS and Safari in order to check out both on the mobile web and in eBay’s app.

“Apple Pay is one of the most ubiquitous forms of payments and provides users with an easy, fast and secure way to pay,” said Steve Fisher, Senior Vice President of Payments at eBay, in a statement. “Offering Apple Pay as a form of payment on eBay is the first step in providing more choice and flexibility in payment options to our tens of millions of buyers.”

The company’s shift to its new payments experience will continue in 2019, and it expects to have the majority of its marketplace shifted by 2021. Along the way, Apple Pay will become available to more customers across more inventory and in more regions worldwide.

Related to this, eBay also announced today a new partnership with Square Capital to help U.S. sellers with financing to grow their businesses. 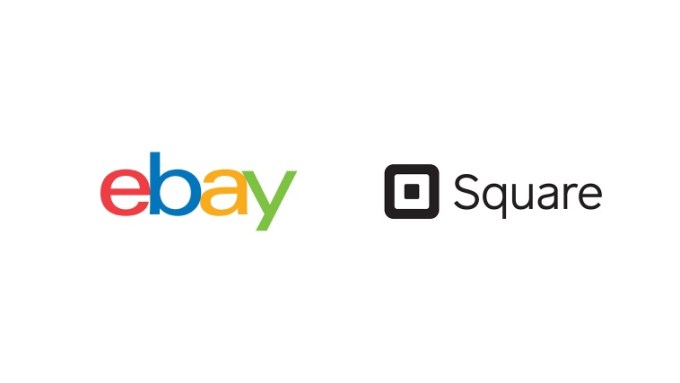 Sellers will be able to apply for $500 up to $100,000 of financing for any business need, including things like payroll, inventory, marketing, or equipment, among other things. eBay stresses the importance of offering selling working capital, citing a small business survey that found 70 percent of small businesses didn’t receive the funding they wanted.

Square Capital’s system for offering financing only involves a few steps, instead of filling out longer loan forms. And once approved, the funds can reach sellers in as little as one business day. Meanwhile, the borrowing cost never changes during the life of the loan, so sellers know what they can expect in terms of payments.

“Expanding access to capital, including to those who have been underserved when seeking funding, is core to Square’s purpose of economic empowerment,” said Jacqueline Reses, Head of Square Capital. “Square Capital understands the needs of small businesses and facilitates a simple, seamless funding experience. We’re proud to partner with eBay and enable more sellers across the U.S. to invest in growing their business.”

Ebay says select sellers will begin to receive emailed invitations to apply for Square Capital loans starting in the third quarter of 2018.

PayPal spun out from eBay in 2015, to become its own publicly traded company – a move eBay’s board said would benefit both companies, allowing them to grow in their respective markets.

PayPal, as of late, has been making a huge push for international growth and other expansions, with the acquisitions of iZettle, the “Square of Europe” and Hyperwallet, while also shoring up its product with AI, thanks to the acquisitions of AI-based prediction platform Jetlore and AI-based fraud and risk management firm Simility.

Ebay, meanwhile, has been making changes of its own, with its switch to Adyen. The hope is now that adding a suite of other payment options will give customers more ways to pay, which in turn would increase conversions and therefore eBay’s bottom line.

The marketplace giant recently posted a slight miss on second quarter revenues – $2.64 billion instead of the estimated $2.66 billion, but sales were up 9 percent over the year-ago quarter. In addition, eBay said its user base of active buyers was growing, having reached 175 million up from 171 million in the first quarter, and up from 167 million in the year-ago quarter. That leaves room for the company to capitalize on these payments changes going forward.