It pays to be a monopolist.

Alphabet’s earnings were stellar, and that is truly saying something. Just a few weeks ago, the European Union placed a record €4.34 billion fine on the Mountain View-based company, a penalty for the company’s payments to OEMs to include Google Search as the default search option in order to access Google Play, the company’s App Store.

The acrimonious feud with the EU has become such a constant financial concern for the company that it now includes a “European Commission fines” line item in its consolidated statements of income.

Yet, one can’t help but stand back in awe at a company whose results show the complete lack of teeth of existing antitrust law, whether here in America or anywhere else globally. Alphabet’s revenues grew by $6.6 billion, far more than the record fine the EU laid on the company. Net income for the quarter was $3.2 billion even after the fine was deducted as an expense. The Alphabet cash machine remains as strong as ever.

The EU fine was of course one component in the plan of the antitrust authorities. There are structural remedies, namely that Alphabet needs to cease and desist on leveraging Android to cement its market share in search. But at this point, what exactly are the alternatives for handset manufacturers? DuckDuckGo? Bing?

My colleague Natasha Lomas, along with many other journalists, discussed the potential of the EU demanding that Alphabet being broken up. Yet, even such a meat cleaver of a structural remedy would seem to be useless at this juncture. Google Search essentially has no peer, and isn’t likely to have one in the near future. It has brand equity, data equity, extensive capital investments and trade secrets. No amount of structural remedies save the complete destruction of the company is going to reduce those burdens to competition.

These fines then are less about punishing behavior — after all, they aren’t deterring would-be monopolists from their activities. Instead, they essentially act as an excess profits tax, a way to uniquely target extraordinarily profitable tech companies without changing general business taxes.

Even when we expand the lens beyond just these anticompetitive enforcement actions to include data sovereignty issues like GDPR, Alphabet is once again positioned to be a winner. As I have written before, Alphabet and Amazon are likely the only companies with sufficient scale to even begin to handle the myriad laws and regulations emanating around the world on data sovereignty. Far from empowering consumers, these laws essentially ensure that there is now an added “regulatory network effects” barrier to competition in these markets. 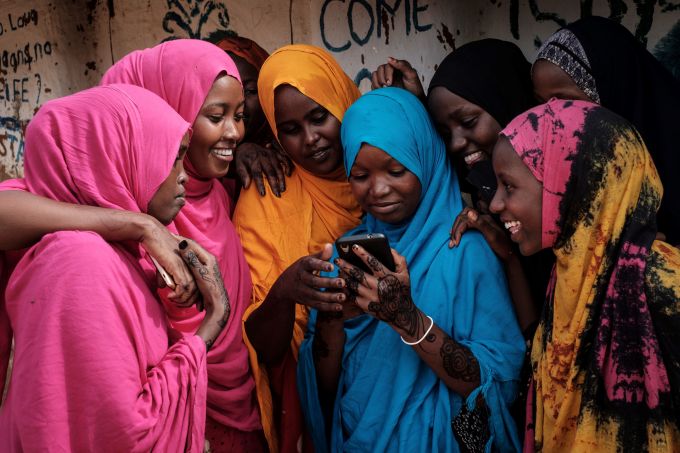 To me, there is only one force today that has any potential to threaten Alphabet’s complete and ongoing dominance, and that is China and its ambitious tech industry. Transsion’s subsidiaries dominate in the African smartphone market, and it along with other smartphone players like Xiaomi have targeted India and its quickly burgeoning middle class. If the next one to two billion internet users come to rely on Chinese internet services instead of Alphabet, that could prove a serious competitive headwind for the company.

One legacy of GDPR may simply be that it forced large tech companies to double down on the U.S. and Europe at a time when they should have been focused on global expansion. Alphabet broke the $5 billion revenue barrier for the Asia-Pacific region for the first time this quarter, but that amounts to only 15.6 percent of the company’s revenues. Meanwhile, Facebook, dealing with its Cambridge Analytica imbroglio, has started to curtail the expansion of its Free Basics internet access scheme.

Those distractions provide a rare opportunity for Chinese companies to focus exclusively on global expansion. Certainly Huawei and ZTE have taken that course. While broadly blocked from the U.S. market and with Australia preparing to ban 5G deployments, the two have had tremendous success in developing markets, with infrastructure and handset products that are often significantly cheaper than competitors.

All of that might mean little to the U.S. or European consumer, but it does potentially put a ceiling on the growth of Alphabet and other large tech companies. As TechCrunch pointed out yesterday, there has been a race to see who will break the trillion-dollar market cap barrier first among the major tech players. Alphabet is sitting at $865 billion and a trillion isn’t far away. But could it grow much beyond that? That to me depends on these new, developing markets, and there the race is much more competitive.

As these earnings show, the jaws of antitrust have no teeth, and competitive dynamics might constrain Alphabet to merely be a trillion-dollar company. It pays — over and over again — to be a monopolist.