Life without Uber should be simple for Grab, but a battle with regulators in Singapore could see the company’s acquisition of Uber’s Southeast Asia business unwound while some consumers have voiced concern around a lack of competition.

Grab co-founder Hooi Ling Tan recently claimed competition remains in the market, but that hasn’t stopped another consumer backlash after the ride-hailing firm altered its loyalty program without warning.

To be fair to Grab, earning loyalty points for taxi rides is something unique — Uber doesn’t offer any kind of program, for example — and the changes initiated last week seem aimed at spreading the benefit beyond taxis and into Grab’s newer ventures, which include its GrabPay payment service and food deliveries.

However, in doing so, the company made two cardinal sins. The changes included the lowering of benefits for Grab’s highest tier (read: most loyal) customers — with rebates dropping from a range of 3.5-4.5 percent to 0.7-1.7 percent, as MileLion explains in thorough detail. Worse than that, it initiated the new terms, which include these drastic drops, on a Friday and with immediate effect.

That meant points earned over the past year were suddenly devalued with no apparent recourse. 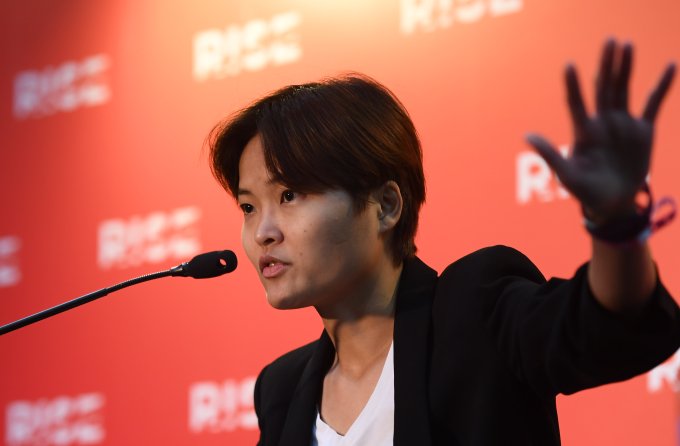 10 July 2018; Tan Hooi Ling, Co-Founder, Grab, speaks at a pressconferencee during day one of RISE 2018 at the Hong Kong Convention and Exhibition Centre in Hong Kong. Photo by Stephen McCarthy / RISE via Sportsfile

Unsurprisingly that sparked a backlash, with many consumers accusing Grab of making the changes to save on money. (Grab has said it hasn’t increased prices after Uber’s exit despite some consumers claiming to the contrary.)

That led to a second announcement, made late on Monday, that postponed the introduction of the new loyalty program terms until September 30. However, it hasn’t scrapped the new changes themselves. That’s the right move, and it gives customers the chance to spend the credit they earned in the way they believed it would be redeemed before the change kicks in.

“We acknowledge that customers would appreciate time to adjust to the changes. Effective tomorrow (24 July) at 8am until 30 September, GrabRewards members can claim ride reward points at the previous rates. Customers who have purchased Grab ride rewards based on the new rates will have the difference in points refunded,” the company said in a statement.

It added that it plans to introduce “more exclusive perks” for its higher-tier ‘platinum” and ‘gold’ customers before the end of the year. TechCrunch understands that will relate to partnerships with third-parties, enabling users to spend points accumulated with Grab in more places although details aren’t finalized.

In the past, competition with Uber might have given Grab some leeway for messing up communication with users. But, as this latest saga shows, the removal of that competition has dented consumer confidence in Grab, and that means every misstep has the potential to alienate or upset users more than it did in the past. That’s part and parcel of adjusting from being the underdog fighting a global giant to being the biggest fish in the pond.