A UK government backed drone innovation project that’s exploring how unmanned aerial vehicles could benefit cities — including for use-cases such as medical delivery, traffic incident response, fire response and construction and regeneration — has reported early learnings from the first phase of the project.

While five socially beneficial use-cases for drone technology have been analyzed as part of the project so far, including considering technical, social and economic implications of the tech.

The project has been ongoing since December.

In the report it outlines some of the challenges facing urban implementations of drone technology and also makes some policy recommendations.

It also says that socially beneficial use-cases have come out as an early winner over of cities to the potential of the tech — over and above “commercial or speculative” applications such as drone delivery or for carrying people in flying taxis.

The five use-cases explored thus far via the project are: 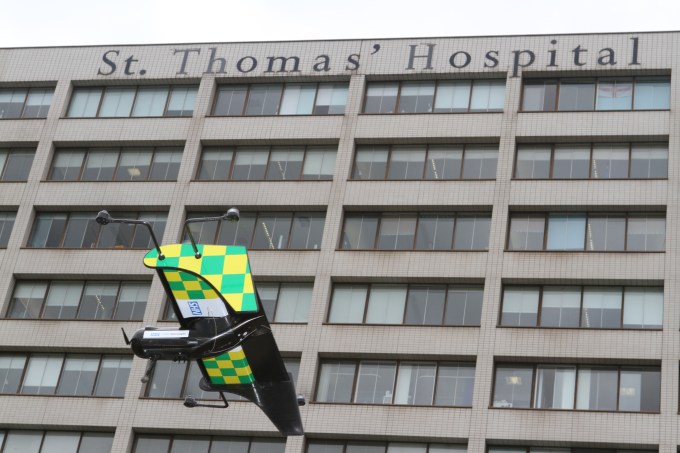 Flagging up technical and regulatory challenges to scaling the use of drones beyond a few interesting experiments, Nest writes: “In complex environments, flight beyond the operator’s visual line of sight, autonomy and precision flight are key, as is the development of an unmanned traffic management (UTM) system to safely manage airspace. In isolation these are close to being solved — but making these work at large scale in a complex urban environment is not.”

“While there is demand for all of the use cases that were investigated, the economics of the different use cases vary: Some bring clear cost savings; others bring broader social benefits. Alongside technological development, regulation needs to evolve to allow these use cases to operate. And infrastructure like communications networks and UTM systems will need to be built,” it adds.

The report also emphasizes the importance of public confidence, writing that: “Cities are excited about the possibilities that drones can bring, particularly in terms of critical public services, but are also wary of tech-led buzz that can gloss over concerns of privacy, safety and nuisance. Cities want to seize the opportunity behind drones but do it in a way that responds to what their citizens demand.”

And the charity makes an urgent call for the public to be brought into discussions about the future of drones.

“So far the general public has played very little role,” it warns. “There is support for the use of drones for public benefit such as for the emergency services. In the first instance, the focus on drone development should be on publicly beneficial use cases.”

Giving the combined (and intertwined) complexity of regulatory, technical and infrastructure challenges standing in the way of developing viable drone service implementations, Nesta is also recommending the creation of testbeds in which drone services can be developed with the “facilities and regulatory approvals to support them”.

“Regulation will also need to change: Routine granting of permission must be possible, blanket prohibitions in some types of airspace must be relaxed, and an automated system of permissions — linked to an unmanned traffic management system — needs to be put in place for all but the most challenging uses. And we will need a learning system to share progress on regulation and governance of the technology, within the UK and beyond, for instance with Eurocontrol,” it adds.

“Finally, the UK will need to invest in infrastructure, whether this is done by the public or private sector, to develop the communications and UTM infrastructure required for widespread drone operation.”

In conclusion Nesta argues there is “clear evidence that drones are an opportunity for the UK” — pointing to the “hundreds” of companies already operating in the sector; and to UK universities with research strengths in the area; as well as suggesting public authorities could save money or provide “new and better services thanks to drones”.

At the same time it warns that UK policy responses to drones are lagging those of “leading countries” — suggesting the country could squander the chance to properly develop some early promise.

“The US, EU, China, Switzerland and Singapore in particular have taken bigger steps towards reforming regulations, creating testbeds and supporting businesses with innovative ideas. The prize, if we get this right, is that we shape this new technology for good — and that Britain gets its share of the economic spoils.”