CloudHealth, a startup that enables customers to manage a multi-cloud environment, announced today it was adding support for Google Cloud Platform.

Company co-founder and CTO Joe Kinsella says the company has been seeing inbound interest for Google Cloud support dating back to 2014, but up until now there hasn’t been enough interest to warrant a startup investing the resources necessary to support another platform. He says that has changed over the last 12-18 months as they’ve seen an increase in requests and decided to take the plunge. 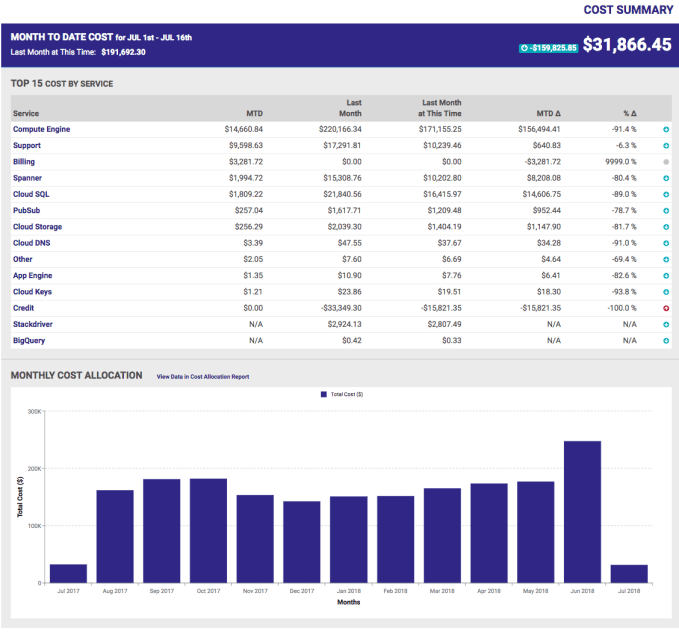 “I think a lot of the initiatives that have been driven since Diane Greene joined Google [at the end of 2015] and began really driving towards the enterprise are bearing fruit. And as a result, we’re starting to see a really substantial uptick in interest,” he said.

As for why Google is gaining traction, Kinsella believes they have found ways to differentiate themselves in some key areas. “Its two biggest differentiated services are in machine learning services and the App Engine service. I also think that they have generated a lot of innovation across Infrastructure as a Service and Platform as a Service, and they built really reliable, durable, flexible, highly configurable services,” he said.

CloudHealth is a cloud-based subscription service. Customers sign up and enter their cloud credentials and they get an integrated view of their cloud activity in a single interface. Kinsella says their solution provides several primary benefits including visibility, governance, compliance and cost control. 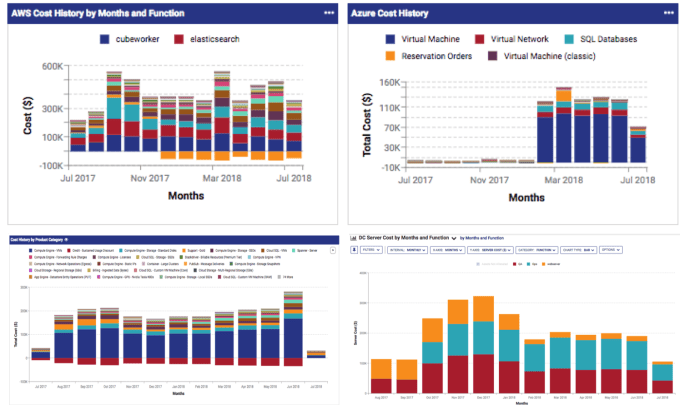 The company’s primary competitor is customers trying to build a tool to monitor multi-cloud activity themselves, something that Bartoletti also sees. “Cloud cost monitoring and optimization tools help clients pay only for what they use, pay as little as possible for what they use, and develop best practices for workload sizing and automated operations to continue to save money over time, without needing to build a large cost management practice in house,” he said.

The company, which has over 300 employees, is based in downtown Boston with multiple offices around the world. It was founded in 2012 and has raised over $87 million with its most recent Series D round generating $46 million from the likes of Kleiner Perkins, Scale Venture Partners, Meritech Capital Partners, Sapphire Ventures and .406 Ventures.