Y Combinator wants to lure more companies into the funnel for its accelerator while democratizing free access to startup knowledge. It’s simultaneously moving up and down market to conquer the acceleration space, with both its recent Series A program for more mature startups and $1 million in grants for high potential founders from its extra-early-stage online course.

Today the entrepreneurship academy announced that the third year of its Startup School program will begin August 27, offering a 10-week set of lectures on how to build, grow and monetize a startup. More than 13,000 companies signed up last year, with 2,800 of the best receiving a YC alumni mentor, and 1,587 completing the program with an online Demo Day. It proved a powerful feeder, leading to 38 being admitted to YC’s core accelerator program that charges 7 percent equity for $120,000 in funding. Those included patent law firm Cognition IP, customer feedback platform Thematic and internet service provider Necto. 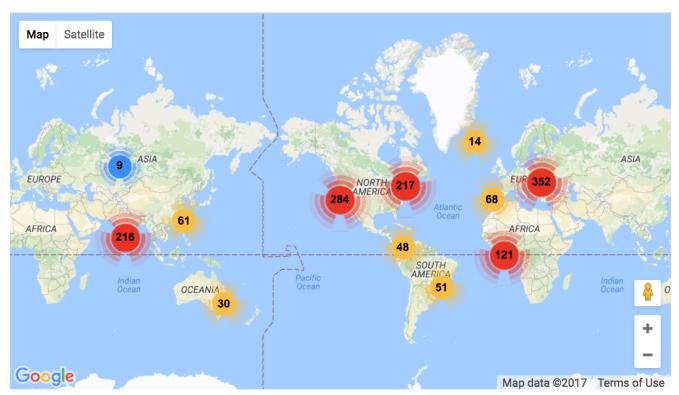 Startup School 2017’s participants came from around the world

But this year, YC is going to give 100 high-potential companies that complete the course a $10,000 grant for no equity in return. The cash comes from YC’s own bank account, filled from exits of its portfolio companies over the years and other revenue streams. These prizes could pique the interest of more founders around the world and keep them committed to following through with the self-directed learning. Interested companies can sign up here.

“Useful advice around how to grow products, how to sell, all the mechanics for starting a startup . . . there’s unending demand for that,” says Geoff Ralston, a YC partner and founder of RocketMail that was acquired and became Yahoo Mail. “In some countries it’s the only career path available,” he declares with a bit of the hyperbole Silicon Valley is known for. “In the U.S., it’s become way more mainstream than it ever was years ago.”

The last two years’ Startup School programs have included lectures from WhatsApp’s Jan Koum and Box’s Aaron Levie on how to build a product, Stripe’s Patrick Collison and Pinterest’s Ben Silbermann on hiring and culture, and investors Marc Andreessen and Ron Conway on how to raise money. YC won’t be running the program in partnership with Stanford University like last year, but still hopes to reach as many companies. 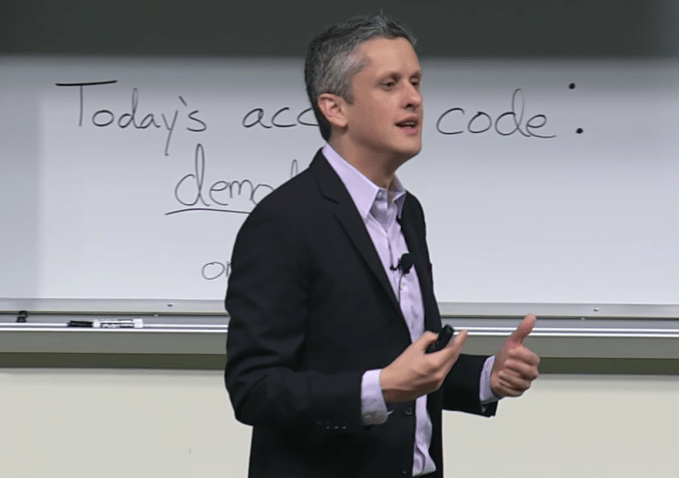 “Getting the most out of Startup School requires putting a lot in. I watched every lecture, took notes, attended all the office hours, and participated in the online community, and it was all worth it,” said Cognition IP co-founder Bryant Lee. “The learning experience will save you a ton of time down the road.”

Beyond the lectures and shot at the grants, YC will be offering participants more than $50,000 in credits to Amazon Web Services and other enterprise tools, plus discounted payment processing from Stripe. Graduates will also receive an online meeting with a YC partner later in the year to help them prep for applying to the core accelerator. Ralston says YC is already accustomed to vetting thousands of applications, so he’s confident it can sift through the Startup School students to find the gems.

The program effectively creates a vacuum that sucks in startups so YC can start forging a relationship with them. That’s critical, as it needs access to the best companies to make its program profitable since so many early-stage startups are destined to fail or end up generating paltry returns as acqui-hires by bigger corporations. 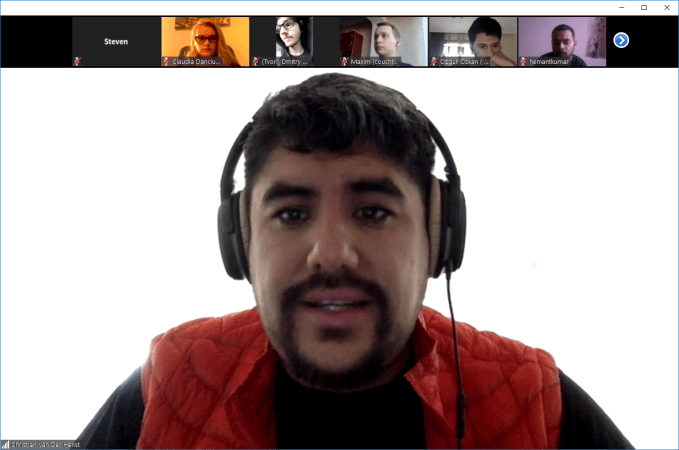 When asked if the “school” might delude some young wantrepreneurs, convincing them to abandon traditional higher learning or safer jobs to launch a company, Ralston countered, saying “I have to reject the idea that knowledge about what it takes to start a startup is weaponized or dangerous to people. I think there are way larger risks in the dynamicism and changes in the wold today than the risks of trying to start a startup or work at a startup and learn an incredible set of skills that are valuable in life or business.” At the very least, having their startup blow up in their face should build character.

“It can be tough for people if and when their startup doesn’t work out,” Ralston concludes. “But it can be tough when you work at a company for 10 years and get fired and don’t know where to go from there.”