In a rare moment of agreement, members of the House Judiciary Committee from both major political parties agreed that Facebook needed to take down Pages that bullied shooting survivors or called for more violence. The hearing regarding social media filtering practices saw policy staffers from Facebook, Google and Twitter answering questions, though Facebook absorbed the brunt of the ire. The hearing included Republican Representative Steve King ask “What about converting the large behemoth organizations that we’re talking about here into public utilities?”

The meatiest part of the hearing centered on whether social media platforms should delete accounts of conspiracy theorists and those inciting violence, rather than just removing the offending posts.

The issue has been a huge pain point for Facebook this week after giving vague answers for why it hasn’t deleted known faker Alex Jones’ Infowars Page, and tweeting that “We see Pages on both the left and the right pumping out what they consider opinion or analysis – but others call fake news.” Facebook’s Head of Global Policy Management Monica Bickert today reiterated that “sharing information that is false does not violate our policies.”

As I detailed in this opinion piece, I think the right solution is to quarantine the Pages of Infowars and similar fake news, preventing their posts or shares of links to their web domain from getting any visibility in the News Feed. But deleting the Page without instances of it directly inciting violence would make Jones a martyr and strengthen his counterfactual movement. Deletion should be reserved for those that blatantly encourage acts of violence.

Rep. Ted Deutch (D-Florida) asked about how Infowars’ claims in YouTube videos that Parkland shooting’s survivors were crisis actors squared with the company’s policy. Google’s Global Head of Public Policy and Government Relations for YouTube Juniper Downs explained that “We have a specific policy that says that if you say a well-documented violent attack didn’t happen and you use the name or image of the survivors or victims of that attack, that is a malicious attack and it violates our policy.” She noted that YouTube has a “three strikes” policy, it is “demoting low-quality content and promoting more authoritative content,” and it’s now showing boxes atop result pages for problematic searches, like “is the earth flat?” with facts to dispel conspiracies. 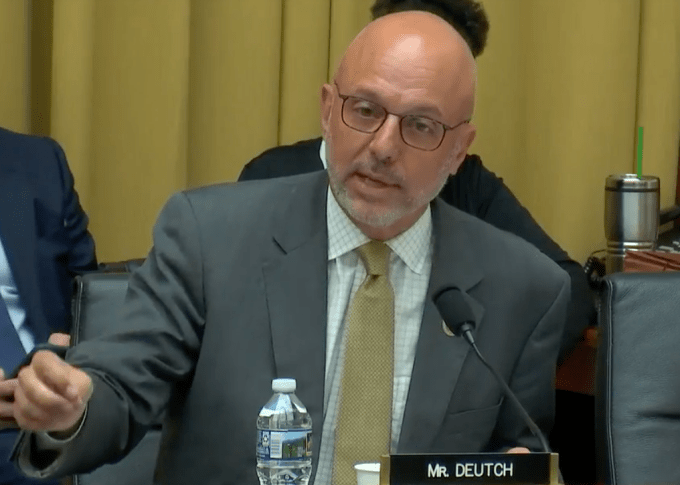 Facebook’s answer was much less clear. Bickert told Deutch that “We do use a strikes model. What that means is that if a Page, or profile, or group is posting content and some of that violates our polices, we always remove the violating posts at a certain point” (emphasis mine). That’s where Facebook became suddenly less transparent.

“It depends on the nature of the content that is violating our policies. At a certain point we would also remove the Page, or the profile, or the group at issue,” Bickert continued. Deutch then asked how many strikes conspiracy theorists get. Bickert noted that “crisis actors” claims violate its policy and its removes that content. “And we would continue to remove any violations from the Infowars Page.” But regarding Page-level removals, she got wishy-washy, saying, “If they posted sufficient content that it would violate our threshold, then the page would come down. The threshold varies depending on the different types of violations.”

Rep. Matt Gaetz (R-Florida) gave the conservatives’ side of the same argument, citing two posts by the Facebook Page “Milkshakes Against The Republican Party” that called for violence, including one that saying “Remember the shooting at the Republican baseball game? One of those should happen every week.”

While these posts have been removed, Gaetz asked why the Page hadn’t. Bickert noted that “There’s no place for any calls for violence on Facebook.” Regarding the threshold, she did reveal that “When someone posts an image of child sexual abuse imagery their account will come down right away. There are different thresholds for different violations.” But she repeatedly refused to make a judgement call about whether the Page should be removed until she could review it with her team. 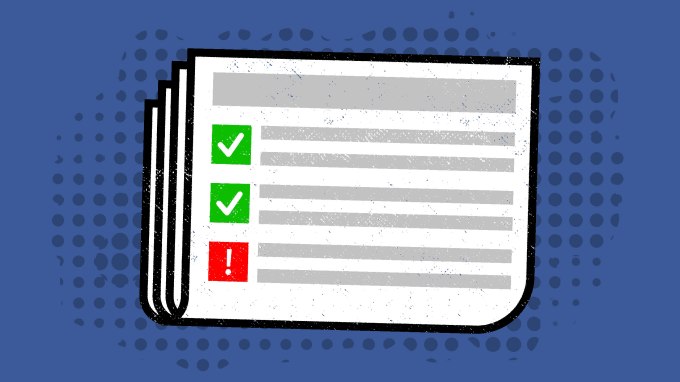 Showing surprising alignment in such a fractured political era, Democratic Representative Jamie Raskin of Florida said “I’m agreeing with the chairman about this and I think we arrived at the same exact same place when we were taking about at what threshold does Infowars have their Page taken down after they repeatedly denied the historical reality of massacres of children in public school.”

Facebook can’t rely on a shadowy “the threshold varies” explanation any more. It must outline exactly what types of violations incur not only post removal but strikes against their authors. Perhaps that’s something like “one strike for posts of child sexual abuse, three posts for inciting violence, five posts for bullying victims or denying documented tragedies occurred, and unlimited posts of less urgently dangerous false information.”

Whatever the specifics, Facebook needs to provide specifics. Until then, both liberals and conservatives will rightly claim that enforcement is haphazard and opaque.

For more from today’s hearing: