WeWork may have combined forces with its fiercest rival in China, Naked Hub, in a recent merger, but its new enemy numero uno in the country is also building up a roster of friends through aggressive M&A.

Ucommune may not be spending the kind of cash WeWork China did — it reportedly spent $400 million to get Naked Hub — but it is quietly picking up smaller rivals via acquisitions. Last week, it completed its fourth piece of M&A of the past year with a deal to buy Workingdom for 300 million RMB, or roughly $45 million.

An acquisition spree from Ucommune — which was forced to rebrand from UrWork following a lawsuit from WeWork — has seen it snap up lesser but strategic players Wedo, Woo Space and New Space to boost its presence and rival WeWork. All told, and thanks to these deals, Ucommune claims to operate 60 offices in Beijing, 20 more in Shanghai and a significant presence in Guangdong, Macau and Hong Kong.

Those numbers explain why the acquisition deals aren’t likely to stop any time soon for Ucommune.

The Chinese he company said in its latest announcement that it will “continue to acquire more co-working companies to grow its global footprint.” Currently, its presence outside of China includes New York and Singapore, but it is clearly exploiting the bursting of the co-working bubble which initially attracted a huge number of companies to the space, particularly in China. 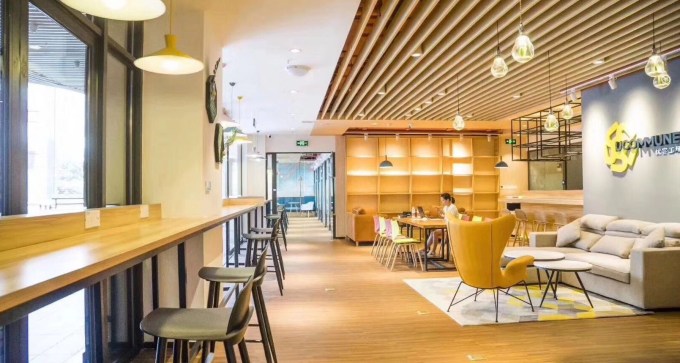 Ucommune last raised money when it closed a $17 million round at a valuation of 9 billion RMB ($1.4 billion) in February 2018. Post-acquisitions, the company said that it plans to return to private investors with the goal of raising further capital at an enhanced valuation of 11 billion RMB, or $1.65 billion.

That’s some way short of WeWork’s gargantuan figures. The company has raised capital at a valuation of $20 billion, while newer reports suggest the figure has ballooned to $35 billion in its latest quest for additional financing, but the continued efforts of Ucommune will give WeWork food for thought in China.