On Tuesday, July 10, the DOJ announced a landmark settlement with Austin-based Defense Distributed, a controversial startup led by a young, charismatic anarchist whom Wired once named one of the 15 most dangerous people in the world.

Hyper-loquacious and media-savvy, Cody Wilson is fond of telling any reporter who’ll listen that Defense Distributed’s main product, a gun fabricator called the Ghost Gunner, represents the endgame for gun control, not just in the US but everywhere in the world. With nothing but the Ghost Gunner, an internet connection, and some raw materials, anyone, anywhere can make an unmarked, untraceable gun in their home or garage. Even if Wilson is wrong that the gun control wars are effectively over (and I believe he is), Tuesday’s ruling has fundamentally changed them.

At about the time the settlement announcement was going out over the wires, I was pulling into the parking lot of LMT Defense in Milan, IL.

LMT Defense, formerly known as Lewis Machine & Tool, is as much the opposite of Defense Distributed as its quiet, publicity-shy founder, Karl Lewis, is the opposite of Cody Wilson. But LMT Defense’s story can be usefully placed alongside that of Defense Distributed, because together they can reveal much about the past, present, and future of the tools and technologies that we humans use for the age-old practice of making war.

Karl Lewis got started in gunmaking back in the 1970’s at Springfield Armory in Geneseo, IL, just a few exits up I-80 from the current LMT Defense headquarters. Lewis, who has a high school education but who now knows as much about the engineering behind firearms manufacturing as almost anyone alive, was working on the Springfield Armory shop floor when he hit upon a better way to make a critical and failure-prone part of the AR-15, the bolt. He first took his idea to Springfield Armory management, but they took a pass, so he rented out a small corner in a local auto repair ship in Milan, bought some equipment, and began making the bolts, himself.

Lewis worked in his rented space on nights and weekends, bringing the newly fabricated bolts home for heat treatment in his kitchen oven. Not long after he made his first batch, he landed a small contract with the US military to supply some of the bolts for the M4 carbine. On the back of this initial success with M4 bolts, Lewis Machine & Tool expanded its offerings to include complete guns. Over the course of the next three decades, LMT grew into one of the world’s top makers of AR-15-pattern rifles for the world’s militaries, and it’s now in a very small club of gunmakers, alongside a few old-world arms powerhouses like Germany’s Heckler & Koch and Belgium’s FN Herstal, that supplies rifles to US SOCOM’s most elite units. 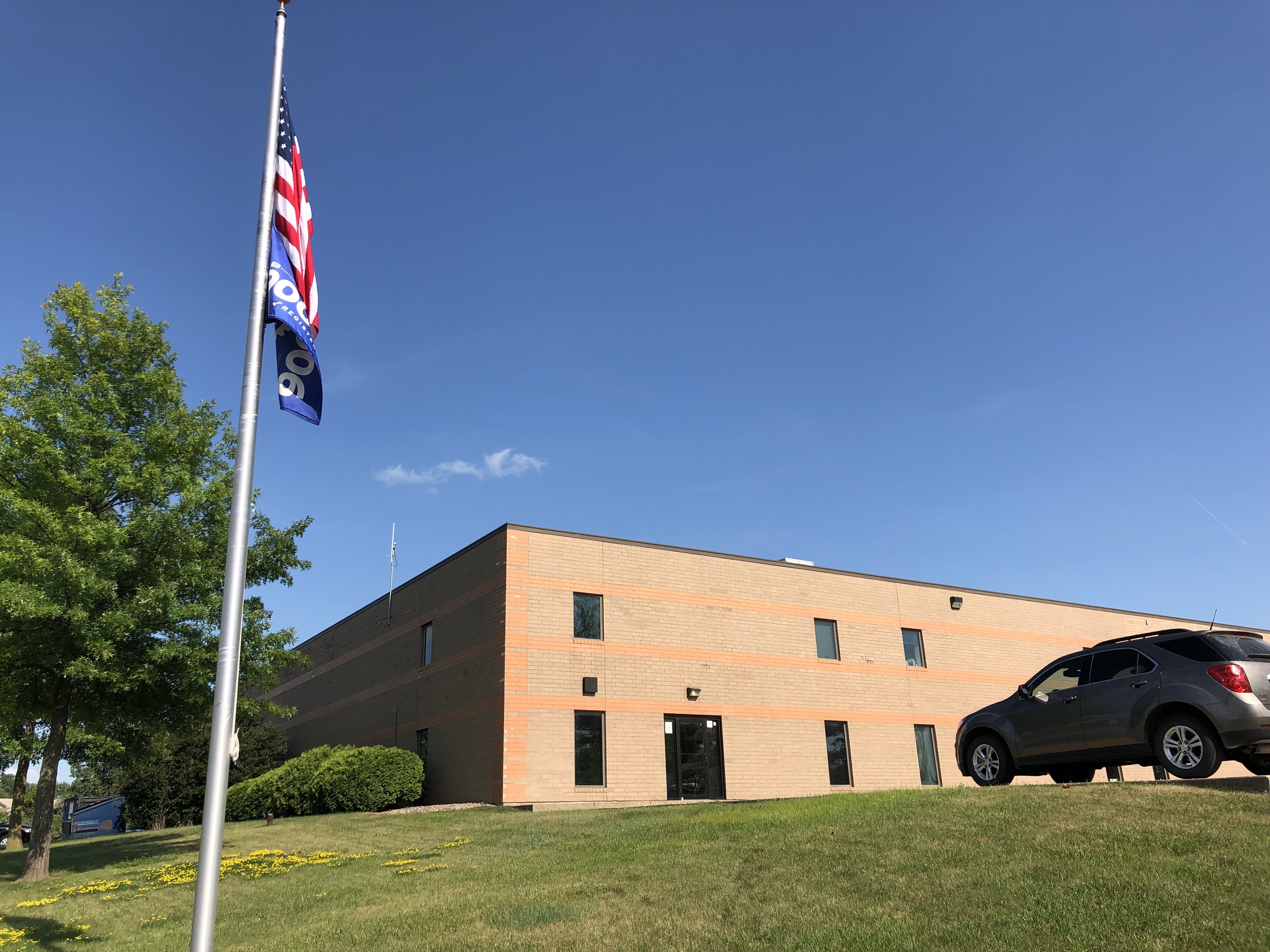 LMT’s gun business is built on high-profile relationships, hard-to-win government contracts, and deep, almost monk-like know-how. The company lives or dies by the skill of its machinists and by the stuff of process engineering — tolerances and measurements and paper trails. Political connections are also key, as the largest weapons contracts require congressional approval and months of waiting for political winds to blow in this or that direction, as countries to fall in and out of favor with each other, and paperwork that was delayed due to a political spat over some unrelated point of trade or security finally gets put through so that funds can be transfered and production can begin.

Selling these guns is as old-school a process as making them is. Success in LMT’s world isn’t about media buys and PR hits, but about dinners in foreign capitals, range sessions with the world’s top special forces units, booths at trade shows most of us have never heard of, and secret delegations of high-ranking officials to a machine shop in a small town surrounded by corn fields on the western border of Illinois.

The civilian gun market, with all of its politics- and event-driven gyrations of supply and demand, is woven into this stable core of the global military small arms market the way vines weave through a trellis. Innovations in gunmaking flow in both directions, though nowadays they more often flow from the civilian market into the military and law enforcement markets than vice versa. For the most part, civilians buy guns that come off the same production lines that feed the government and law enforcement markets.

All of this is how small arms get made and sold in the present world, and anyone who lived through the heyday of IBM and Oracle, before the PC, the cloud, and the smartphone tore through and upended everything, will recognize every detail of the above picture, down to the clean-cut guys in polos with the company logo and fat purchase orders bearing signatures and stamps and big numbers. 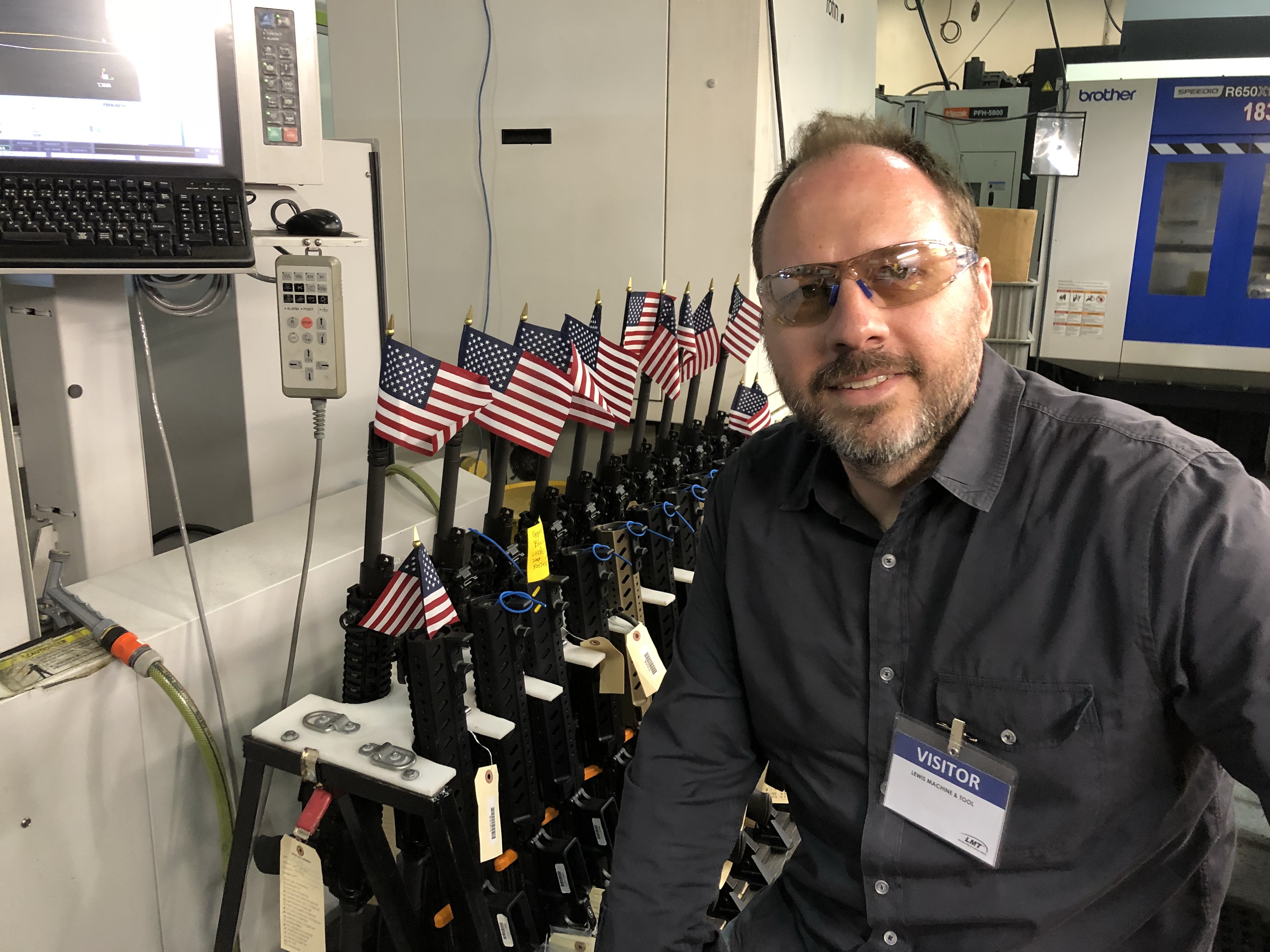 The author with LMT Defense hardware.

This is the part of the story where I build on the IBM PC analogy I hinted at above, and tell you that Defense Distributed’s Ghost Gunner, along with its inevitable clones and successors, will kill dinosaurs like LMT Defense the way the PC and the cloud laid waste to the mainframe and microcomputer businesses of yesteryear.

Except this isn’t what will happen.

Defense Distributed isn’t going to destroy gun control, and it’s certainly not going to decimate the gun industry. All of the legacy gun industry apparatus described above will still be there in the decades to come, mainly because governments will still buy their arms from established makers like LMT. But surrounding the government and civilian arms markets will be a brand new, homebrew, underground gun market where enthusiasts swap files on the dark web and test new firearms in their back yards.

The homebrew gun revolution won’t create a million untraceable guns so much as it’ll create a hundreds of thousands of Karl Lewises — solitary geniuses who had a good idea, prototyped it, began making it and selling it in small batches, and ended up supplying a global arms market with new technology and products.

In this respect, the future of guns looks a lot like the present of drugs. The dark web hasn’t hurt Big Pharma, much less destroyed it. Rather, it has expanded the reach of hobbyist drugmakers and small labs, and enabled a shadow world of pharmaceutical R&D that feeds transnational black and gray markets for everything from penis enlargement pills to synthetic opioids.

Gun control efforts in this new reality will initially focus more on ammunition. Background checks for ammo purchases will move to more states, as policy makers try to limit civilian access to weapons in a world where controlling the guns themselves is impossible.

Ammunition has long been the crack in the rampart that Wilson is building. Bullets and casings are easy to fabricate and will always be easy to obtain or manufacture in bulk, but powder and primers are another story. Gunpowder and primers are the explosive chemical components of modern ammo, and they are difficult and dangerous to make at home. So gun controllers will seize on this and attempt to pivot to “bullet control” in the near-term.

Ammunition control is unlikely to work, mainly because rounds of ammunition are fungible, and there are untold billions of rounds already in civilian hands.

In addition to controls on ammunition, some governments will also make an effort at trying to force the manufacturers of 3D printers and desktop milling machines (the Ghost Gunner is the latter) to refuse to print files for gun parts.

This will be impossible to enforce, for two reasons. First, it will be hard for these machines to reliably tell what’s a gun-related file and what isn’t, especially if distributors of these files keep changing them to defeat any sort of detection. But the bigger problem will be that open-source firmware will quickly become available for the most popular printing and milling machines, so that determined users can “jailbreak” them and use them however they like. This already happens with products like routers and even cars, so it will definitely happen with home fabrication machines should the need arise.

Ammo control and fabrication device restrictions having failed, governments will over the longer term employ a two-pronged approach that consists of possession permits and digital censorship. 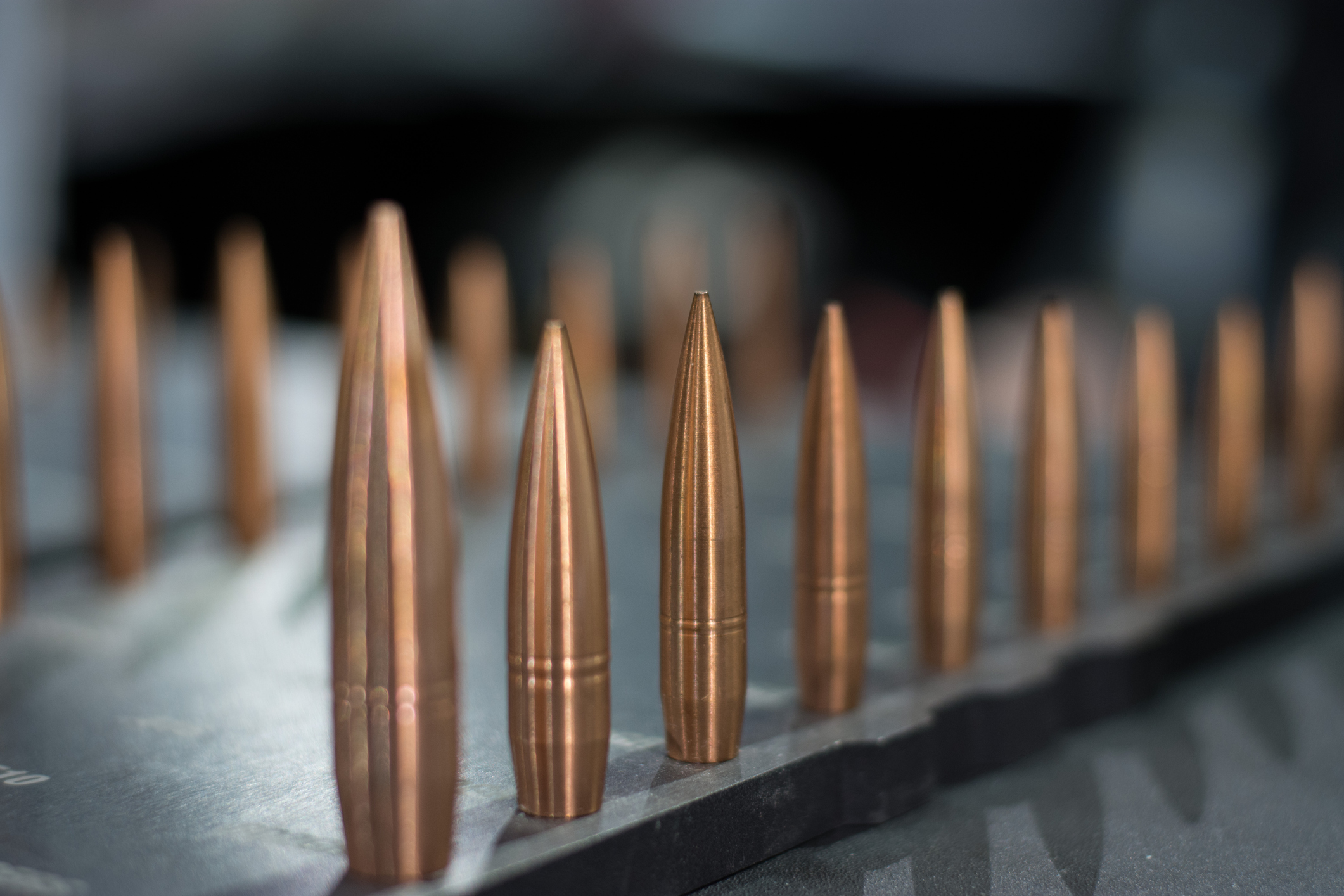 First, governments will look to gun control schemes that treat guns like controlled substances (i.e. drugs and alchohol). The focus will shift to vetting and permits for simple possession, much like the gun owner licensing scheme I outlined in Politico. We’ll give up on trying to trace guns and ammunition, and focus more on authorizing people to possess guns, and on catching and prosecuting unauthorized possession. You’ll get the firearm equivalent of a marijuana card from the state, and then it won’t matter if you bought your gun from an authorized dealer or made it yourself at home.

The second component of future gun control regimes will be online suppression, of the type that’s already taking place on most major tech platforms across the developed world. I don’t think DefCad.com is long for the open web, and it will ultimately have as hard a time staying online as extremist sites like stormfront.org.

As for what comes after that, this is the same question as the question of what comes next for politically disfavored speech online. The gun control wars have now become a subset of the online free speech wars, so whatever happens with online speech in places like the US, UK, or China will happen with guns.