After a few years of waiting, Magic Leap says it will finally ship its first hardware this summer. The company has already detailed that the Magic Leap One would be shipping the device in 2018, but after scant follow-up it was a little dubious whether they would actually hit that deadline.

In a developer-focused Twitch stream, several Magic Leap employees offered details about the system specs for the augmented reality headset. Right off the bat, the startup noted that the device’s brain will be an Nvidia Tegra X2 system, probably one of the more powerful options for mobile devices, though it is bulky enough that the company needed to build a dedicated hip pack in order to house it.

Still no details on price. 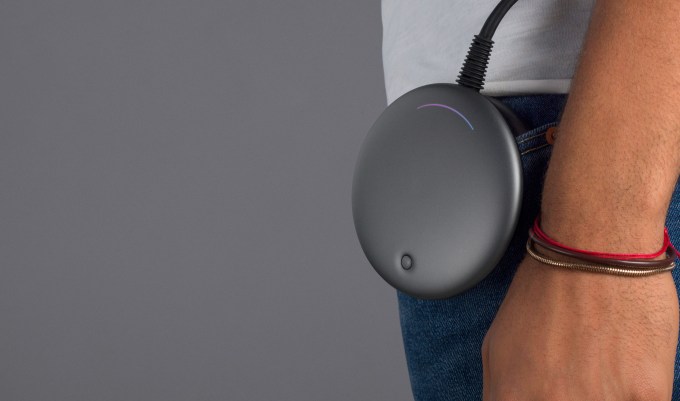 The company has previously discussed that the Magic Leap One is intended for home use, even though it is mobile.

Plenty of questions still remain, including some critical missing technical details surrounding the display tech being used and how large the device’s field-of-view will be. The device will utilize hand-tracking and a physical controller and also will support eye-tracking. It’s unclear how these will all interact together and how much will be up to developer preferences. We’re also still waiting to get details on battery life.

Magic Leap has talked awfully big about how groundbreaking their tech is, but based on the brief demos they have showcased during their videos it’s pretty unclear what big software problems they have solved and how scalable their display hardware is for building towards the “sunglasses” aesthetic.

In a tweet, CEO Rony Abovitz teased other updates coming this week, including updates to another (!!!) unreleased product called Magic Leap Next.

Some cool bits coming this week, about ML1 and also some hints at ML Next

The startup has raised at least $2.3 billion, according to Crunchbase, from investors including Google, Alibaba, Andreessen Horowitz and a laundry list of others. Today, the company announced an investment from and partnership with AT&T.