iOS users have been reporting problems with excessive battery drain after updating to iOS 11.4.

On Sunday, 9to5Mac reported on a raft of posts on Apple forums complaining about excessive battery drain since updating. ZDNet also flagged complaints around the issue early last month.

The update to Apple’s mobile operating system was released at the end of May, adding support for Messages in iCloud, plus some media and entertainment features, such as AirPlay 2 and support for two HomePod speakers to work as a stereo pair.

Safe to say, radically reduced battery life was not among the listed additions.

This TC writer also noticed an alarming depreciation in battery performance after updating to iOS 11.4 at the end of last month — with the battery level dropping precipitously even when the handset was left untouched doing nothing.

Looks like updating to iOS 11.4 has decimated iPhone battery life 😬

We reached out to Apple immediately after noticing the problem — but the company has not responded to multiple requests for comment.

Judging by forum complaints, other iOS users have also found that updating to iOS 11.4 impacts the standby battery life of their device.

In my case checking the (beta) battery health feature in the iPhone settings threw no light on the abnormal performance, with maximum capacity reported as a (healthy sounding) 91%, as well a claim that “normal” peak performance was supported.

The ‘battery usage’ report that’s built into iOS also seemed unable to shed any light on what was causing the battery to drain so fast — listing an app that had been used prior to the previous charge as responsible for the largest chunk of usage. So evidently not identifying the real culprit.

In the end, rebooting my affected iPhone seemed to improve the battery drain issue. Though I can’t be sure whether or not the device has taken a small hit to battery performance as a consequence of the iOS update.

In the middle of writing this report, an additional update — iOS 11.4.1 — has been pushed out by Apple, though it’s not clear whether this explicitly fixes the battery drain issue or not. Battery drain is not listed among the bugs iOS 11.4.1 addresses. But, either way, it’s worth updating in case it helps.

Battery and performance issues have been something of a recurring problem for Apple’s iOS devices in recent years. Again in my case, my affected iPhone 6S only had its battery replaced under an Apple free battery replacement program last year — ironically as a result of a battery fault that caused unexpected shutdowns — so really the battery should have a decent amount of life left in it still.

And as (bad) luck would have it, the iPhone 5 I owned prior to this was also affected by an earlier Apple battery fault. So this is the third battery-related problem to strike the two iPhones I’ve owned over the past five years. Which is certainly unfortunate.

That said, two handsets lasting five years is a testament to Apple’s otherwise lasting build quality. (Albeit, this Samsung-branded portable battery pack has been the unsung workhorse hero stepping in when the batteries conked out, as TC colleagues can also testify…) 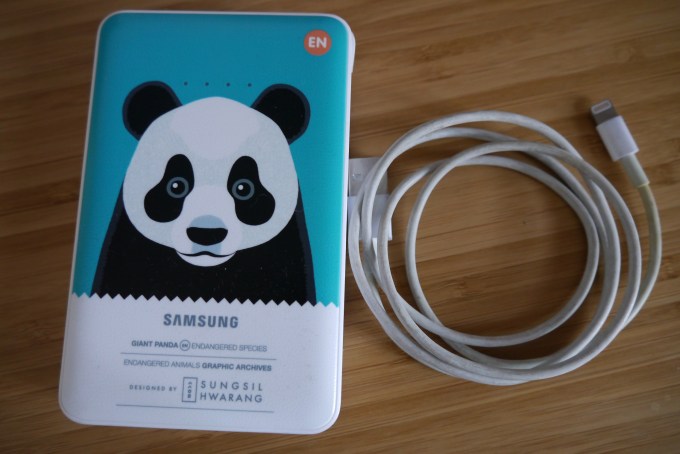 The company has faced lawsuits and regulatory scrutiny as a result of this throttling of device performance.

Although it also quickly offered discounted $29 battery replacements to iPhone owners with an iPhone 6 (or later) whose battery “needs to be replaced” — as well as promising to add controls to iOS to enable users to switch off the feature if they choose.

For its forthcoming iOS 12 update — which was trailed at WWDC, and is due out this fall — Apple says the release will “double down” on performance, slating a slew of refinements, bug fixes and optimizations incoming. So, hopefully, any lurking battery and performance gremlins will soon be kicked into touch.

In the meanwhile, update. And reboot.