Adriana Stan Contributor
Adriana Stan is the public relations director of W magazine and a writer on media, culture and technology. She is also the co-founder of the Interesting People in Interesting Times event series and podcast.
More posts by this contributor

According to Facebook co-founder Chris Hughes, the author of Fair Shot: Rethinking Inequality and How We Earn and the co-chair of the Economic Security Project, America needs to radically reform its tax code — to rebalance the economy and make it work more fairly for all American workers.

“For three years’ worth of work at Facebook, I ended up with nearly half a billion dollars, which is nothing but a lucky break,” Hughes said. “That is indicative of a fundamental unfairness in our economy. Income inequality in our country has not been this bad since the Great Depression. And even though we’re reading the headlines that unemployment is at 3.9 percent and the stock market is at record highs, what’s actually happening is that the median incomes in our country haven’t budged in nearly 40 years. At the same time stories like mine create an illusion of economic opportunity.”

Hughes argues that the forces that have driven the success of Facebook, WhatsApp, enterprise technology companies and even the finance sector, are the same forces that are keeping median wages down: automation and artificial intelligence, globalization without any kind of manned response for workers’ economic outcomes and increasing financialization of the economy. As a society, we have written very specific rules that make this possible and we also have the power to change that. “After Facebook’s IPO my husband and I made a commitment to give away the vast majority of our wealth in our lifetimes and the No. 1 motivating factor for me is rebalancing the economy to make it work more fairly.”

His solution is different from Andrew Yang’s Universal Basic Income. “In my view, basic income is not a policy; it’s a theory — a set of values that believes that every single individual deserves the freedom and dignity to figure out what he or she wants to do. However, the idea of basic income as a policy I think is infeasible in America today. It’s unaffordable, it’s redistributive in a negative direction, and it’s not what most Americans want. But there are policies that emerge from that — specifically, a modernized version of our tax code, which could do a lot of what UBI would do, by creating an income floor for people, or something like a social dividend — you could tax carbon, you could tax data and distribute a check to everybody.” 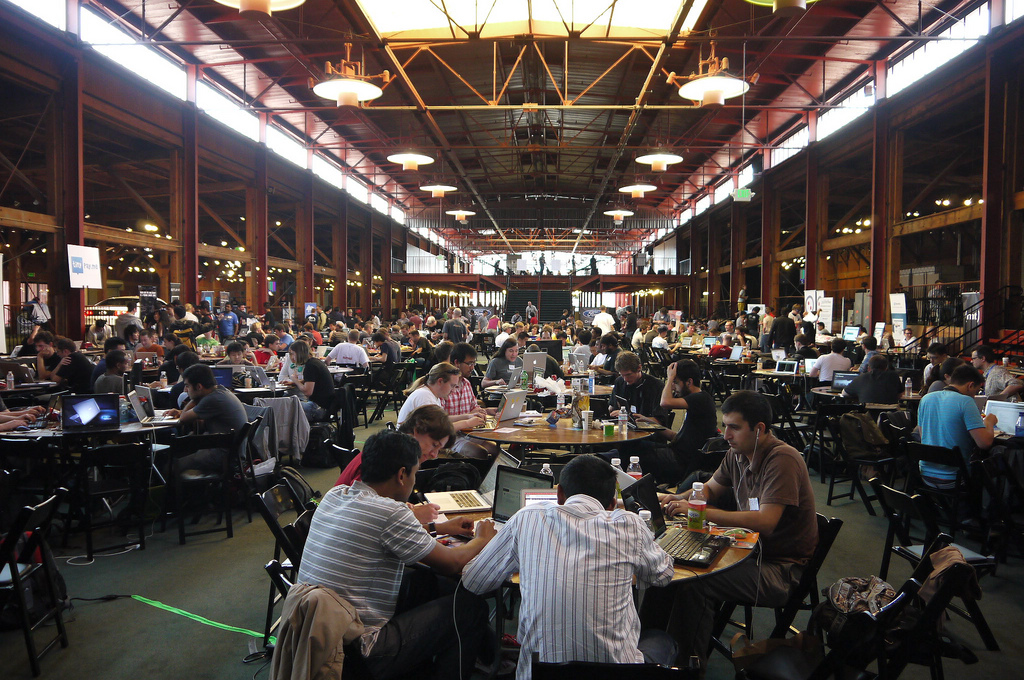 A universal basic income “createathon” in 2015

Hughes explains that while we saw enormous change in the tax code at the end of last year with the Trump tax reform bill, the most urgent step we can take is to roll back a lot of those changes and create a tax credit that would be a monthly amount of $500 going to anybody who makes less than $50,000. That would create an income floor of around $6,000 per adult, below which no one could fall. “That’s not enough money to live on, but it is a massive amount of money in the lives of many working people in our country.”

On the role the Big 4 have in making a the idea of a guaranteed income a reality: “I think it’s a question of leadership. Most of the leaders of tech companies these days would prefer to focus on the bottom lines of their companies rather than also talk about their companies’ relationship to their workers and society. I think that’s a shame. I think there’s an opportunity for, whether you’re Jeff Bezos or Mark Zuckerberg, or the head of a big retail company or big finance company, it’s not just tech, you have a unique opportunity and responsibility to speak up on these issues.”

“We should think of all the value these companies are creating and whether or not we as citizens are enjoying a piece of it,” Hughes says, while suggesting the idea of a data dividend. 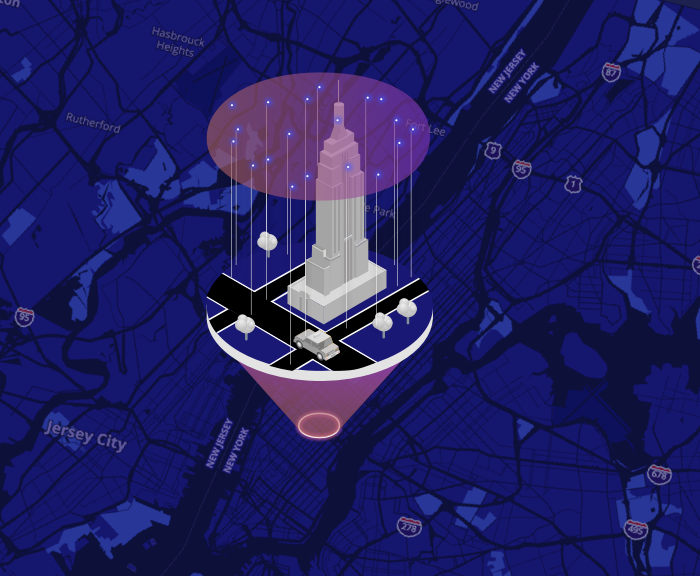 “We all create immense amounts of data. Not just your Facebook post, but your phones know where you are physically, your Fitbit knows your heart rate, your calendar knows where you’re going to be. The amount of data we’re creating is of historic proportions. And the profit margins of the Big 4 and of a whole host of companies are also historically high. There is an opportunity to say: Our collective data is powering these profits, we should all share a little bit in the upside. You could ask these companies to pay a small tax into a sovereign wealth fund and have that be distributed as a data dividend. A check to every single citizen as a recognition of the value they’re creating.”

On whether Facebook has lost its way, Hughes said: “On democracy issues, on privacy issues, Facebook has failed its users and has a lot of responsibility. They’re making a lot of changes over there and I think the next few months we’ll really see. I do worry though, if we are not listening to people we disagree with, it’s just so much easier to believe we’re always right.”

And we don’t have to rely on tech companies to regulate themselves. “There’s the idea of fiduciary responsibility, when you go to your doctor, your lawyer, your accountant. Because there’s an asymmetric power relationship, the law right now says they have to act in your best interest. I would argue that Facebook not only knows a lot about you as an individual but also knows quite a lot about all your friends or people you don’t even know that you will one day be friends with. So we could expand the idea of a fiduciary responsibility to some of these tech companies. It’s Facebook’s responsibility to ensure that the news people are seeing have some basis in fact.”

Listen to the podcast here.

Interesting People in Interesting Times is a podcast and event series hosted by Adriana Stan and Tom Goodwin. This episode was recorded on June 21 at Soho House New York.