YouTube has confirmed that picture-in-picture mode — previously a paid-only feature — has now rolled out to all U.S. YouTube users on Android on supported devices. The feature, which works on Android 8.0 (Oreo) or higher, had been slowly rolling out to non-Premium subscribers since this April we understand, and the full rollout completed on Monday.

The website XDA Developers was the first to spot the expansion, noting earlier this week that it seemed as if picture-in-picture mode had suddenly been turned on for several more YouTube users. They suspected that this had been a gradual launch, but didn’t confirm the status with YouTube directly.

Picture-in-picture mode, as you likely understand by its name, allows you to continue watching a video in a small window as you continue to browse YouTube, or even use other apps. 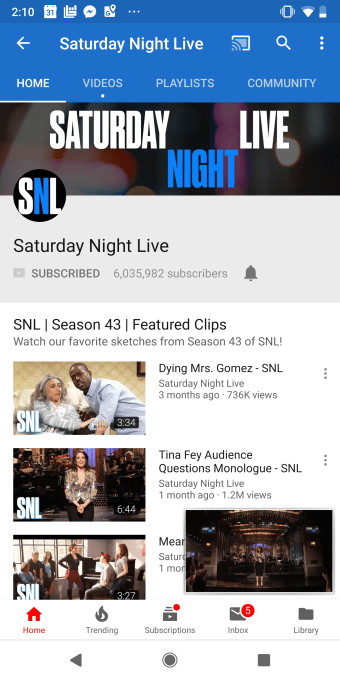 It’s an especially helpful addition to the service, but had only been offered to YouTube Premium (previously known as YouTube Red) customers following its launch last year.

The feature is an improvement over the current system of watching while browsing on iOS, as well, which instead places a floating strip at the bottom of the app where the video plays in a very small thumbnail. YouTube has not announced its plans for a related iOS update. But it would not be able to work in the same way in terms of placing a floating widget that hovers over top of the home screen or other apps — that’s something only Android users can do. 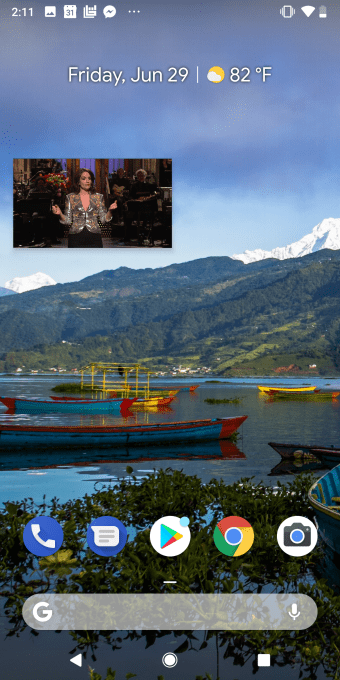