Slowly but surely, Amazon’s been turning its Fire tablets into Echos. It started with push to talk Alexa function. Last year, the company added a hands-free mode for the voice assistant. Now, it’s adding Show Mode, which brings the same title card UI you get on the company’s screen-enabled smart speaker.

Better still, Amazon’s introducing a Show Mode Charging Dock, a stand that effectively transforms the Fire into a makeshift Show. Place the tablet into a dock and it starts charging and automatically flips into Show mode, so you can do all of the standard Echo activities from across the room. 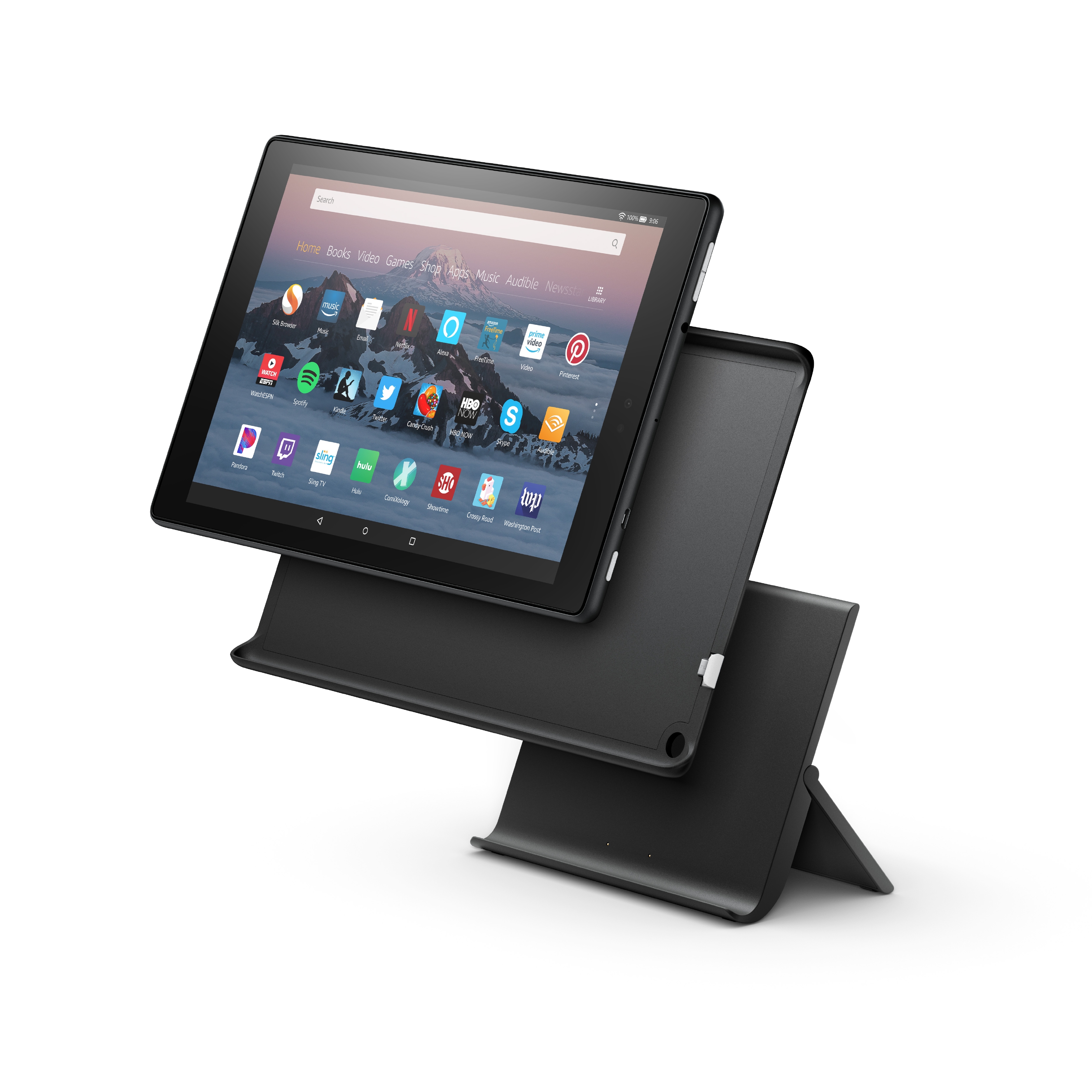 The dock works with both the most recent Fire HD 8 and 10 (if I had to venture a guess, I’d say the 7 will probably be getting the functionality, as well). If you already have one of the devices, the feature will be coming through an over-the-air update starting July 2. Once it’s in place, it will play nicely with other Echos in your home, using Amazon’s ESP (“Echo Spatial Perception”) feature.

I’d have to imagine a new, less bulky version of the Show is in the works. In the meantime, this is a pretty compelling alternative — and a chance for Amazon to be a bit more competitive with the numerous third-party devices Google unveiled back at CES. The tablet+dock package is ultimately a cheaper option than the Show’s $230 price tag (though that device is discounted to $160 at the moment). 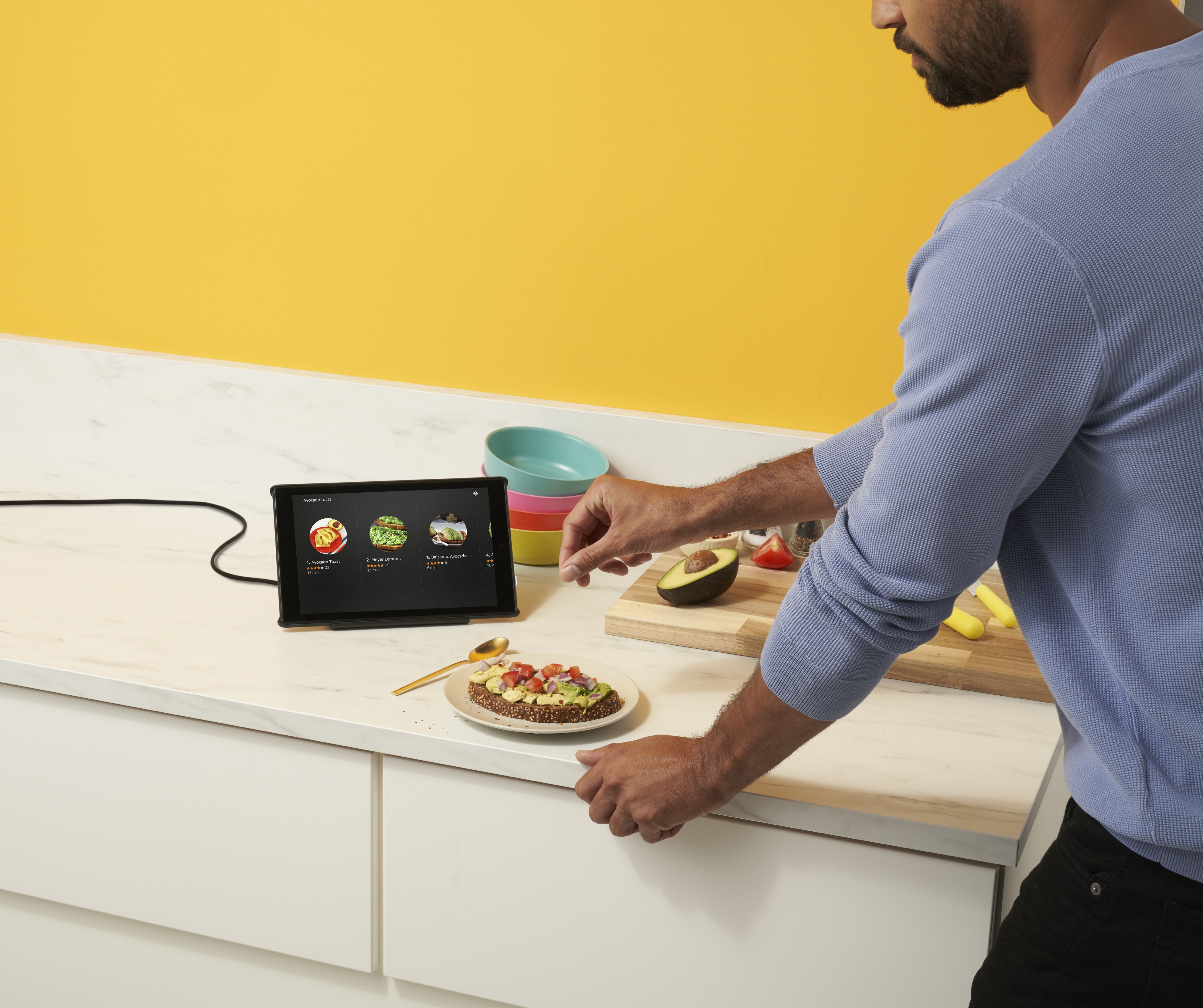 The docks themselves run $40 for the eight-inch and $55 for the 10 (both are discounted $5 for the time being). If you don’t already have the tablets on-hand, you can pick up a bundle for $110 and $190, respectively. Picking up this configuration also gives you a lot more flexibility versus just going in on the Show.

As for what the Show brings to the table? Better built-in mics and speakers are the primary answer. Ultimately, however, I suspect Amazon isn’t really concerned about some of its devices cannibalizing others, so long as it gets more Amazon products out in the world.