UST Global is a multinational digital and tech services firm, but it is not your average unicorn.

The U.S.-based firm was founded in 1999, it has “significant” revenues and is profitable. But nonetheless, it has joined the $1 billion-valuation club courtesy of a $250 million investment from Temasek, Singapore’s sovereign wealth fund.

The business may be close to 20 years old, but its name is perhaps not well-known in startup circles; however, it has achieved the kind of scale that few unicorns have. It claims 17,000 staff across 35 offices worldwide while its client base includes more than 50 Fortune 500 companies covering industries like banking, media, telecom, healthcare, shipping and more. Its broad range of services include digital customer engagement, mapping, data analytics, AI, cloud consulting, product engineering, automation and cybersecurity solutions, but its philosophy is “fewer clients, more attention.”

At that size and scale, why take investment at all? 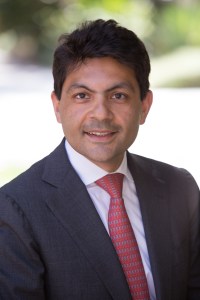 “We feel we’re one of the leaders in the space we’re in, [but] this is an opportunity to catapult to another level,” UST Global chairman Paras Chandaria told TechCrunch. “We said: ‘Let’s raise some additional capital and have a war chest we can use to make a few acquisitions that can enhance our current capabilities and geographic strengthening.'”

Chandaria, whose family constitutes the main shareholders of the business, said that UST Global also identified a cultural and values business with Temasek, which he believes will be able to open doors in Asia and beyond.

“We’ve traditionally been very strong in the U.S. and are growing in Europe, India and Southeast Asia. We felt it is the right time to expand in Southeast Asia and Temasek can definitely help us to do that. But as we got to know Temasek and its portfolio, we realized it isn’t about Southeast Asia — actually they’ll give us access beyond the geographies that we originally expected,” he added.

Beyond the business value from its new investor, Chandaria said that the deal — and the $1 billion-plus valuation — will give UST Global further validation.

“We could have continued just doing what we are doing [but it will] help us in the public eye to validate our business model and the initiatives that we are undertaking,” he said. “Our valuation is based on real revenue and cash generation [and] it strengthens our credentials and position. [Plus] whenever we look to acquire a business we have the possibility of co-investment from Temasek.”

“We think we can be multiples of the validation we’re at now if we’re able to act quickly and correctly,” he added. 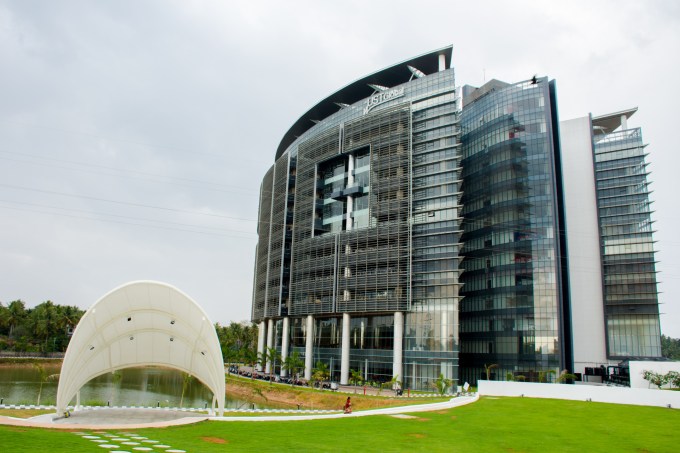 The UST campus in Trivandrum, India, is the firm’s largest office

Adding an investor like Temasek, which has close to $200 billion under management, does raise questions over a potential exit. Chandaria is quick to play that down, but he did admit that the company does have an interest in going public in the future.

“We want to be IPO-ready [and] having a partner like Temasek helps us on that journey if we were going to take it [but] for the next couple of years looking to continue organic growth and acquisitions,” he told TechCrunch.

Areas for acquisition might include AI, machine learning, analysis, cloud, UI and UX, and cyber security among others, according to Chandaria, who said also that acquisition strategy may be driven by strengthening its business in geographies like Europe and Asia, too.