Times Internet, the digital arm of Indian media firm Times Group, is getting into the digital content space, but not in the way you might think.

The company’s previous venture — an OTT called BoxTV.com — shut down in 2016 after an underwhelming four-year period. Now it is taking a radically different strategy by buying video playback app MX Player for Rs 1,000 crore, or around $140 million. The company didn’t disclose its stake but said it is a majority percentage.

The service originates from Korea but it has become hugely popular in India as a way to play media files, for example from an SD card, on a mobile device. It is a huge hit India, where the app claims 175 million monthly users — while the country accounts for 350 million of its 500 million downloads.

From here, Times Internet plans to introduce a streaming content service to MX Player users which Karan Bedi, MX Player CEO, expects to go live before August. The plan is to introduce at least 20 original shows and more 50,000 content across multiple local languages in India during the first year. The duo said the lion’s share of that investment money would go into developing content.

Bedi, a long-time media executive who took the job at MX Player eight months ago, said the service will be freemium and very much targeted at the idea of providing an alternative to television in India. He added that the deal had been in negotiation for the past year, which validates a January report from The Ken which first broke news of acquisition.

There are plenty of video streaming services in India. Beyond Netflix and Amazon Prime, Hotstar (from Rupert Murdoch-owned Star India) is making waves alongside Jio TV from Reliance Jio, but data from App Annie suggests MX Player is way out ahead. The analytics firm pegs MX Player at nearly 50 million daily users, as of June, well ahead of Hotstar (14.1 million), JioTV (7.4 million) and others. 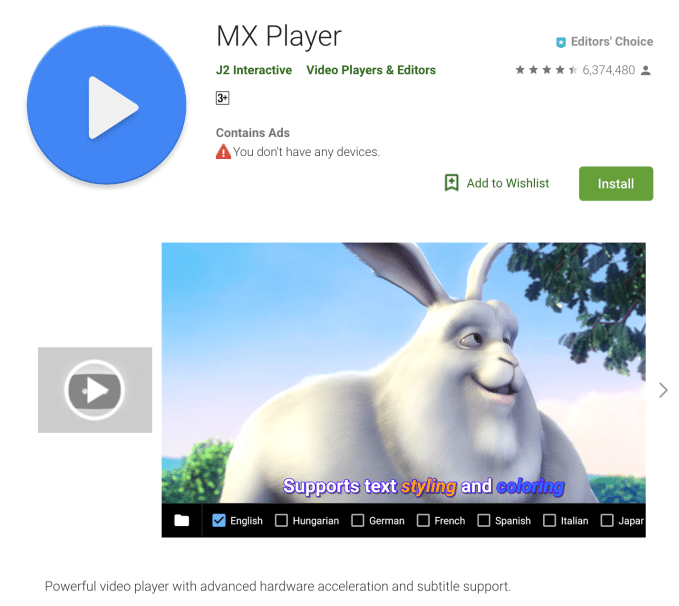 Both Bedi and Times Internet MD Satyan Gajwani explained to TechCrunch in an interview that a big focus is differentiation and building a digital channel for India’s young since the average viewer demographics for MX player are hugely different to Indian TV audiences. Some 80 percent of the app’s users are aged under 35 (70 percent is aged under 25), while the gender balance is skewed more towards men.

“A lot of people aren’t happy with Indian TV,” Bedi said. “There are a lot is soaps and it is not focused on young people. [The MX PLayer audience] is exactly the opposite of the Indian tv demographic.”

That not only plays into growing a place for ‘millennial’ content, but it also means the streaming service may find success with advertisers if it can offer a gateway to young Indians. Beyond audience, there’s also flexibility. Gajwani explained further that unlike traditional TV and even YouTube, the Times Internet-MX Player service will offer different options for advertisers who “work with content creators to create stuff, sponsor a show, or find various different ways to reach scale.”

“India has a $6 billion TV ad market and we think this could unlock some of the money going to TV,” he said. 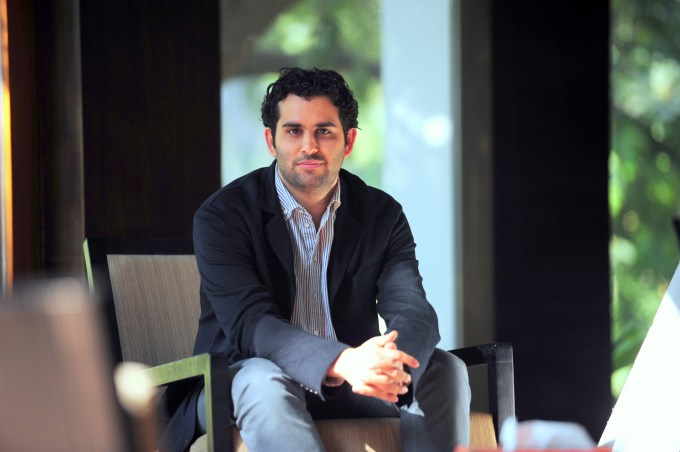 “This audience on here is genuinely different, [rather than cord-cuttters] they’re almost cord-nevers,” Bedi added. “This is a big new audience that’s never been tapped by broadcasters.”

The idea is to gently introduce programming that is accessible to a large audience in India, who might not be open to paying, and then test other revenue models later.

“Further down the line, we might include subscriptions to scale,” Gajwani added. “Subscription is growing but it’s much much smaller today, what excites us is the idea we’ll have 100 million people streaming a show.”

MX Player might not be well known, but scale is one thing it certainly has in spades. The company just crossed 500 million downloads on Android, but Bedi pointed out that many are not counted because they are side-loaded, which doesn’t register with the Google Play Store.

All told, he said, the app picks up 1.2 million downloads per day with around 350,000 coming from the official Android app store, he said. Bedi said that, among other things, the app is typically distributed by smartphone vendors in tier-two and three Indian cities to help phone buyers get the essential apps for their device right away.

The question now is whether Times Internet can leverage that organic growth to build another business on top of the basic demand for video playback. This is certainly a unique approach.