A day after MoviePass announced upcoming surge pricing, Sinemia is introducing a new deal group deal for families. The plans start at $9 a month for one movie for two people and goes up considerably from there, topping out at ten times that amount for three movie days a month for six people.

Families can get expensive.

The new plans will be available in the US, UK, Canada, Australia and Turkey. Earlier this month, the company, which touts itself as a MoviePass competitor in its own press material, launched single user plans starting at as low as $5 a month for a single film. The company also dropped the need for a physical card in a bid to differentiate itself from its chief competitor. 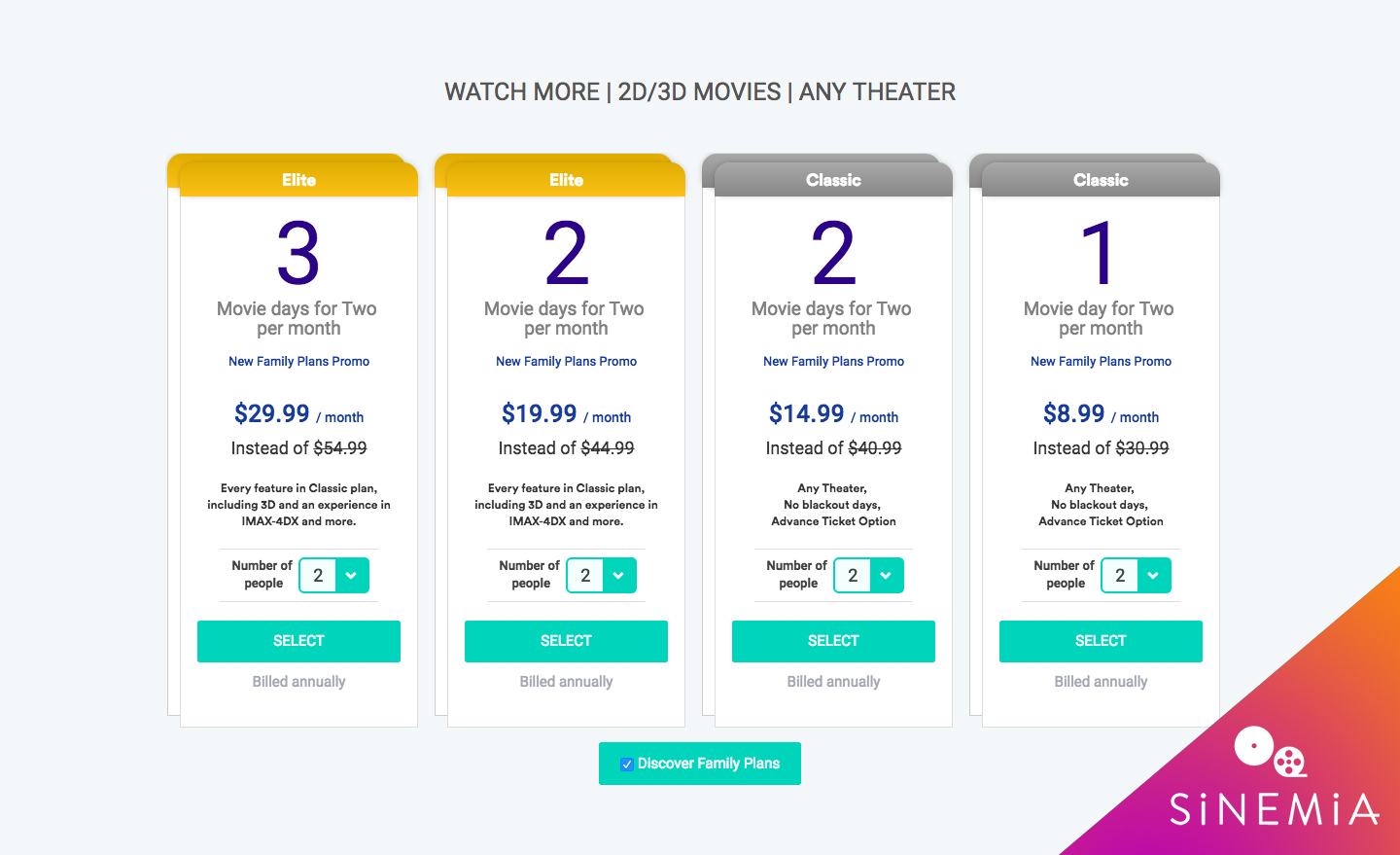 Of course, things have been heating up a fair bit in the category, with MoviePass’s recent explosion in popularity. Earlier this week, the AMC theater chain announced that it was launching its own take on movie membership, which also included a number of non-movie perks.

MoviePass, which recently passed three million paid subscribers, has been diversifying (for better and worse), investing in films like the recent John Travolta feature, Gotti, which scored a rare zero-percent on Rotten Tomatoes. The service is also mulling its own family plan for later this month, but Sinemia beat it to the punch on that one.