Twitter this morning announced it has agreed to buy San Francisco-based technology company Smyte, which describes itself as “trust and safety as a service.” Founded in 2014 by former Google and Instagram engineers, Smyte offers tools to stop online abuse, harassment, and spam, and protect user accounts.

Terms of the deal were not disclosed, but this is Twitter’s first acquisition since buying consumer mobile startup Yes, Inc. back in December 2016

Online harassment has been of particular concern to Twitter in recent months, as the level of online discourse across the web has become increasingly hate-filled and abusive. The company has attempted to combat this problem with new policies focused on the reduction of hate speech, violent threats, and harassment on its platform, but it’s fair to say that problem is nowhere near solved.

As anyone who uses Twitter will tell you, the site continues to be filled with trolls, abusers, bots, and scams – and especially crypto scams, as of late.

This is where Smyte’s technology – and its team – could help. 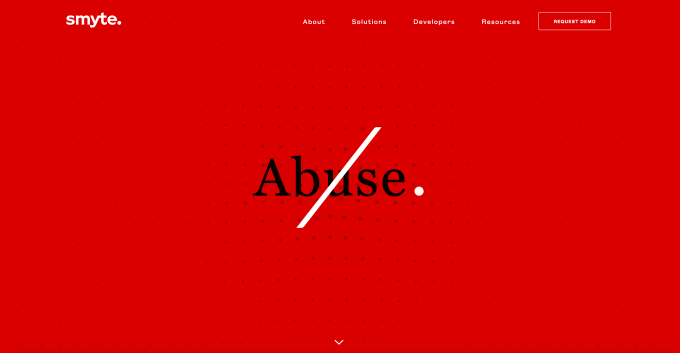 The company was founded by engineers with backgrounds in spam, fraud and security. 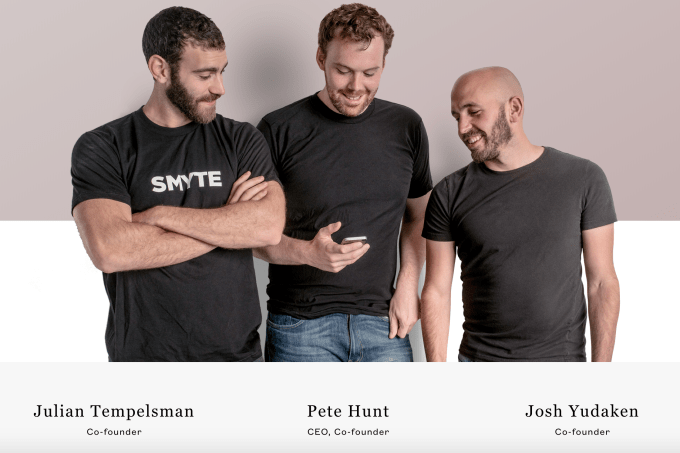 The startup launched out of Y Combinator in 2015, with a focus on preventing online fraud.

Smyte offer customers access to its technology via a REST API, or it can pull data directly from its customer’s app or data warehouse to analyze. Smyte would then import the existing rules, and use machine learning to create new rules and other machine learning models suited to the business’s specific needs.

The customers data scientists could also use Smyte to deploy (but not train) their own custom machine learning models, too. 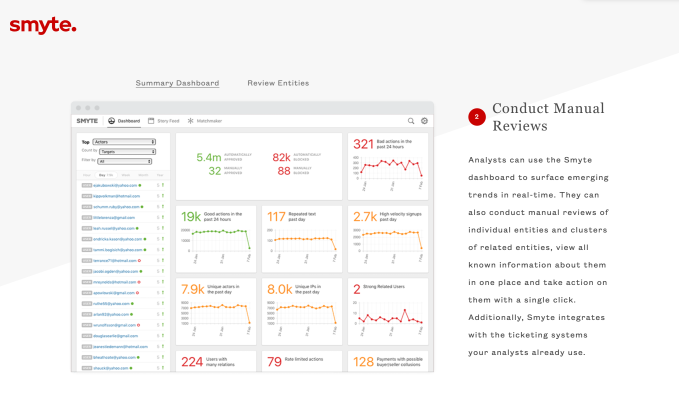 Smyte’s system includes a dashboard where analysts can surface emerging trends in real-time, as well as conduct manual reviews of individual entities or clusters of related entities and take bulk actions.

Non-technical analysts could use Smyte to create custom rules tested on historical data, then roll them out to production and watch how they perform in real-time. 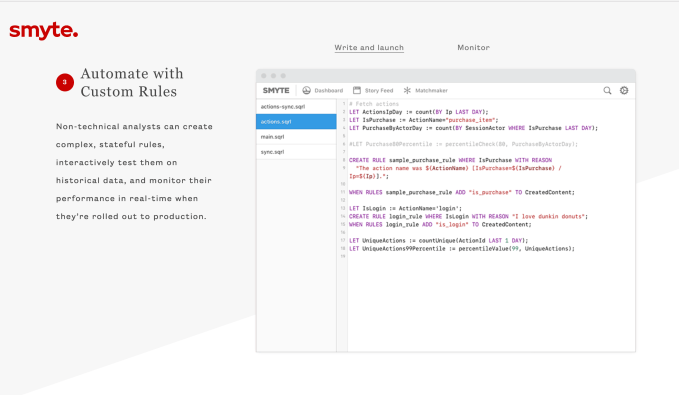 For Twitter, the use case for Smyte is obvious – its technology will be integrated with Twitter itself and its backend systems for monitoring and managing reports of abuse, while also taking aim at bots, scammers and a number of other threats today’s social networks typically face.

Of course, combatting abuse and bullying will remain Twitter’s most pressing area of concern – especially as it’s the place where President Trump tweets, and the daily news is reported and discussed (and angrily fought about).

But Twitter could use some help with its troll and bot problem, too. The company, along with Facebook, was home to Russian propaganda during the 2016 U.S presidential election. In January, Twitter notified at least 1.4 million users they saw content created by Russian trolls; it also was found  to have hosted roughly 50,000 Russian bots tweeting election-related content in November 2016.

Presumably, Smyte’s technology could help weed out some of these bad actors, if it works as well as described.

Twitter didn’t provide much detail as to how, specifically, it plans to put Smyte’s technology to use.

Instead, the company largely touted the team’s expertise and the “proactive” nature of Smyte’s anti-abuse systems, in today’s announcement:

From ensuring safety and security at some of the world’s largest companies to specialized domain expertise, Smyte’s years of experience with these issues brings valuable insight to our team. The Smyte team has dealt with many unique issues facing online safety and believes in the same proactive approach that we’re taking for Twitter: stopping abusive behavior before it impacts anyone’s experience. We can’t wait until they join our team to help us make changes that will further improve the health of the public conversation.

According to Smyte’s website, the company has a number of high-profile clients, including Indiegogo, GoFundMe, npm, Musical.ly, TaskRabbit, Meetup, OLX, ThredUp, YouNow, 99 Designs, Carousell, and Zendesk.

Twitter tells us that Smyte will wind down its operations with those customers – it didn’t acquire Smyte for its revenue-generation potential, but rather for its talent and IP. [See update on that transition, detailed below post.] 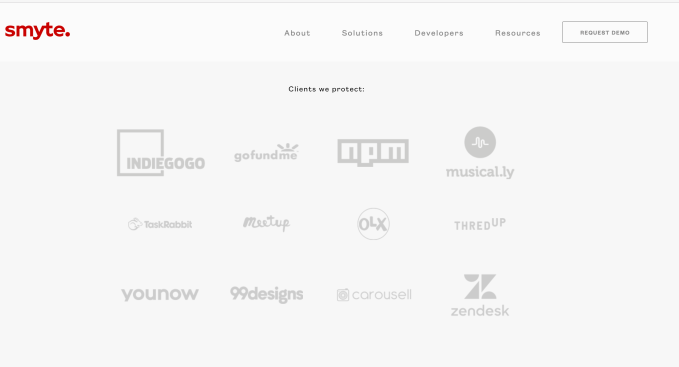 LinkedIn reports there are only a couple dozen employees at Smyte today, including the founders. But Smtye’s own website lists just nineteen. Twitter wouldn’t confirm Smtye’s current headcount but says it’s working to find positions for all.

Terms of the deal were not disclosed, but Smyte had raised $6.3 million in funding from Y Combinator, Baseline Ventures, Founder Collective, Upside Partnership, Avalon Ventures, and Harrison Metal, according to Crunchbase.

Twitter had told us Smyte had a transition plan for existing customers. However, it did not – or Twitter believes that “transition plan” means phoning customers to explain why the API is now shut off. We understand that those affected, some of whom are being matched with new providers today, were given no warning about Smyte’s closure. Instead, they found their access was just gone.

Twitter is handling these customers on a case-by-case basis, we understand.

But it’s an odd decision to simply stop business on the day of the announcement instead of allowing for those customer relationships to wind down. Some people are understandably angry as to how they’ve been treated, and are sharing those sentiments – where else? – on Twitter.

»Trust and safety as a service«, they said. Now @Twitter owns @HelloSmyte, and trust is down the drain. Shutting down their services immediately, not giving their customers any grace period to adjust. Thought #Smyte was better than that #massivedisgrace 😡 https://t.co/ttXmLNg3qb

Wait…so did @HelloSmyte just shut down it's service entirely today with no warning after @Twitter bought them? What about their customers that rely on them for advanced moderation and the safety of their platforms? #smyte

A vendor notified us of their acquisition at 6am this morning and shut down their APIs 30 minutes later, creating a production outage for npm (package publishes and user registrations). The sheer unprofessionalism of this is blowing my mind.